I genuinely feel that I have just enjoyed the most significant and rewarding month of my life so far. It has been a revelation, thanks mainly to the constantly evolving but persistently stunning landscape. I've watched it change gradually from the rainforests of Washington State to the parched coastal bluffs of Torrey Pines that I hiked this morning. 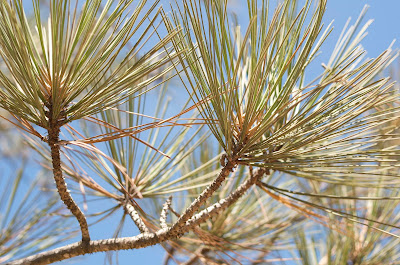 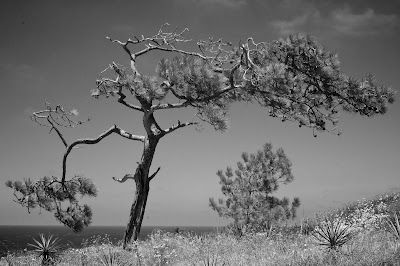 Torrey Pines feels like another country completely. (It almost is - Mexico is just down the road). In the northwest the droplets of moisture gathered on every branch. Here the whole land is crying out for water. The trees are sparse and barren, a million miles from the bunched giant redwoods of northern California or the pine forests of Oregon.

In between these extremes I've walked along a seemingly endless driftwood beach and gazed from the capes at scattered sea stacks clinging on from a long lost past. I've seen mountains tailing off into the ocean; trekked up and over golden sand dunes; peered through hazy sunsets and across misty mornings. I've walked great cities; Seattle, Portland, San Francisco. I've stared into campfires and gazed at the stars. I lost myself in the splendour of Yosemite; a constellation etched into the timeless land. I've watched the marine layer slowly burn away and reveal the golden beaches of paradise. And my only real regret is that I can't go straight back to where I began, and do the whole thing over again.

I've realised something in the last month, that I hadn't really seen coming. Writing this blog contributes greatly to it, but I can see now how much joy I get out of discovering new things, photographing them and writing about them. This year may have begun as a food odyssey, but I feel it slowly contorting into something else. I said, in Yosemite, that it felt like the Heart of the World. Seeking out that Heart and being close enough to feel it beat, are all that really matter now.

To delineate and categorise is a human trait. I've reached the end of one stretch, and another awaits. In a day or two I will move away from the coast; to the depths of the south west, and the natural wonders concealed therein. It feels like a sea change but of course it's not. Just another gentle leaning from one thing to another, and in time they will all blend together, and it will become impossible to say which was which.
Posted by Joe at 23:45