A sailing course has been on my radar for a couple of years now. The little patch of homesickness I encountered back in Texas persuaded me to take the plunge sooner rather than later, hence my jaunt round the Southern Gulf islands these past six days.

Our vessel, Windfall, was a Bavaria 40. Not quite the height of luxury but a reasonable place to start. She sails well, though a little extra space around the place wouldn't have gone amiss. 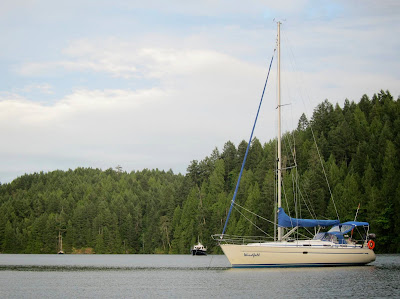 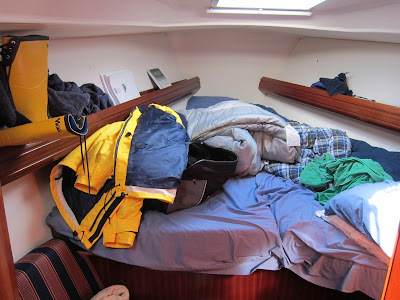 The berth I shared with Jeff, who snores like a bastard
I came aboard last Thursday, 24th June, armed only with two large sailing manuals that I hadn't read, and not knowing my stern from my shroud. The first guy I met was the Skipper - Victor, a seventy five year old Englishman who first learnt to sail when he was four.

In the morning, the rest of the crew came aboard. Jeff, my cabin-mate is a Canadian who used to fix boats for a living and is going back to sailing after losing the sight of one eye. A top man, he could do with snoring a bit (lot) less. Then a family consisting of James, the dad, his eighteen year old son Asher and sixteen year old nephew Philip. They're a tight little family bonded by a shared love of sailing and singing. Despite having highly dubious hair and bits of lego for ear rings, Phil is a sound guy. 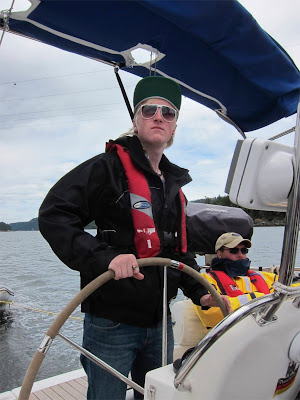 Phil at the helm
Once you're on the boat it's a pretty steep learning curve. Strange words from books take on new meanings as I see what they actually do. We do a few man overboard drills and once I've got the feel for the wheel, it all goes swimmingly. We get the sails up in the afternoon and the feeling of being purely under sail for the first time in my life is exhilarating. This could turn out to be expensive, I think to myself... 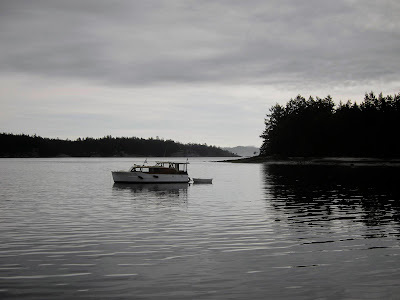 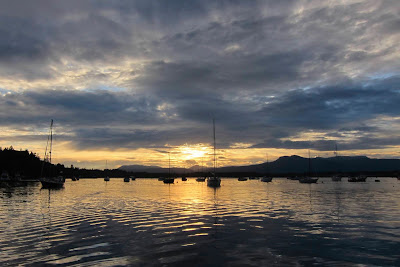 Cowichan Bay Marina, where I decanted myself into a hotel bed
The days kind of blended together out on the waves. Deprived of sleep, windswept, ill (see previous entry) and dosed up on a cocktail of drugs, it felt not dissimilar to cooking school, with its daily demands upon the body that you just can't keep pace with. Despite all this, I found myself learning quickly, and genuinely enjoying the experience. 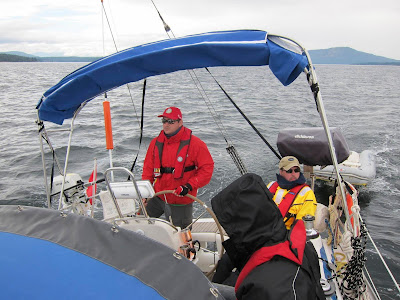 Me at the helm. No dramas 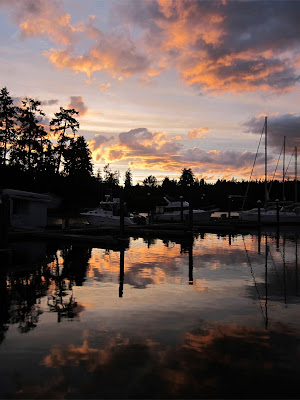 Ganges Marina at sunset
The course actually covers Competent Crew and Day Skipper, meaning you have to know sail trimming, reefing, docking, anchoring, navigation, float planning, buoyage, tides, currents and weather as well as the basics of how to sail a boat. This keeps me pretty busy throughout, and means the manuals, by the end of the course, are well dog eared. 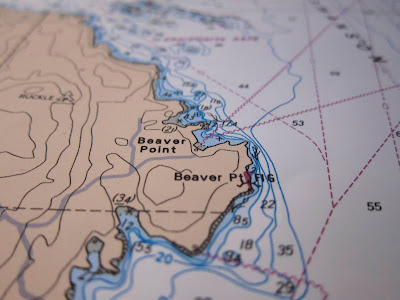 Plotting a safe course around Beaver Point
And now, at the end of it all, and rather worryingly, I am certified as the skipper of a live aboard sailing vessel, to be responsible for the safety of vessel and crew, while day sailing in familiar waters, within 10 miles of safe harbor, during daylight, in moderate wind and sea conditions, using basic navigational skills. You'll probably read about it in the papers... 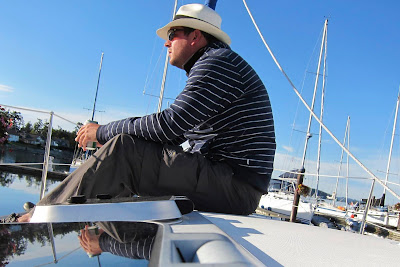 Back in Sidney, cold beer in hand, plotting my next voyage...
Posted by Joe at 17:43