The eyes have it

The University of British Columbia's Museum of Anthropology is a remarkable place. Despite the summery weather, I decided to poke my nose around the 36,000 objects in its collection for a few hours.

The focus is mainly on the First Nations of the pacific northwest, and their rich cultural heritage. They are probably most famous for their totem poles, but these heraldic giants only tell a small part of the story. The most famous work in the building is a sculpture of yellow cedar, entitled The Raven and the First Men by an artist named Bill Reid. The Raven is integral to most indigenous creation myths in these parts - in this one, he opens a clam shell containing human beings (big mistake). 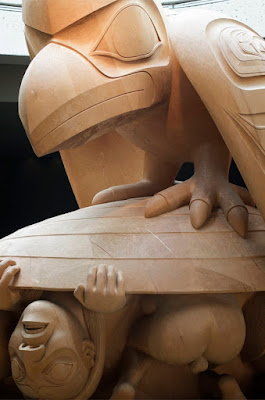 For me its most striking aspect is the Raven's face, and his eyes in particular. Eyes are everywhere in this museum, following your every move as you track around the incredible exhibits. The faces of ancestors that look down from totems, the birds, bears and the masks that adorn every wall and scream at you with their bold, bright features. Even the dull, colourless ones have a starkness that emerges from their surroundings, as though they were alive. 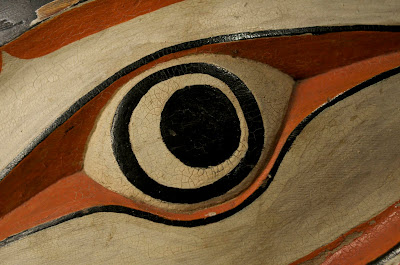 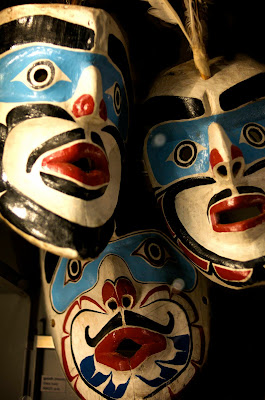 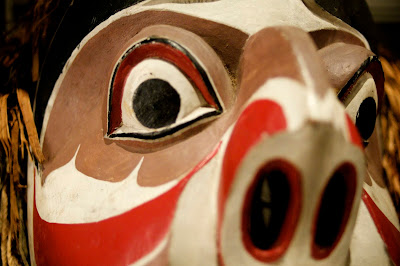 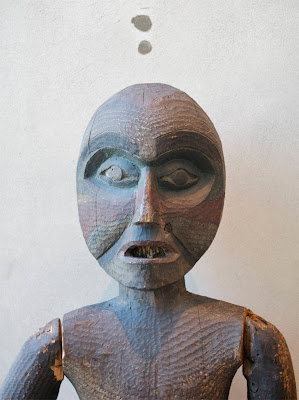 Elsewhere in the museum is a collection of European pottery. It might not be what I came here for, but I have a look around anyway, and I'm glad I did. The Raven may have created the world, but it's the Owl of Minerva that flies at dusk. How fitting then that its beady little eyes should be the wisest and most haunting of them all. 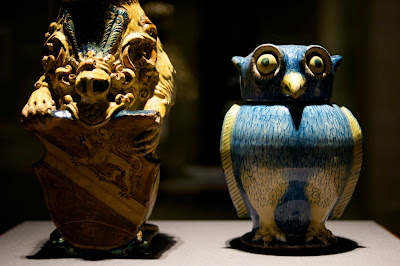