All great seafaring heroes have something wrong with them. Limblessness perhaps, or some other notable ailment that marks them out as being tougher than the teak down below and a few sails short of a galleon. The harder, madder and badder they get, the more things wrong with them. Not content with only having one eye, Nelson got rid of an arm too, and then managed to crown it all by actually dying on the job.

Whilst I’m not intending to take my sailing heroics quite that far, a triumvirate of unappetising physical ailments have rendered me sufficiently hideous to at least trouble for a few minor honours. An unidentified archipelago of cold sores has developed a few points off my mouth’s starboard bow. Whilst applying the cream, I managed to inadvertently scratch my eye with the same finger and now have a bulging right eye bloodshot to pieces that looks like it would be better off rolling around the deck. In order to protect my fellow crew from this hideous aspect, I have taken to shielding myself from the wind. 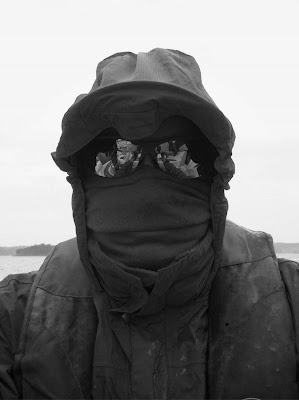 My third affliction is internal, in the form of some throat infection that feels like I swallow a bag of tacks every time the watch changes. Luckily I barely have time to think about these things, since we are sailing all day. Learning new manoeuvres, drills, knots. Not to mention words - why the hell does everything need a different name the minute you step off the dock?

Sleeping in ten square feet, next to someone else, in a boat that is bobbing around all bloody night is no mean feat, even less so when dogged by these irritations. Whilst my cabin mate Jeff is no Queequeg (Ishmael’s cannibal bedfellow who slept with his harpoon), I hardly slept the first night at anchor. Last night we docked in Cowichan Bay. As soon as we pulled alongside, I had a shower, and then Jeff and I set about drinking a few barrels of beer each.

Routine enquiries into the possibility of watching the football in the morning were fruitless, whereupon I had the brainwave of checking into the local hotel, thereby enabling myself to a) sleep (with no Jeff) and b) watch the match (in bed, still no Jeff). Some ideas just sell themselves. I used my English accent (together with some clever hand positioning and face angling) to charm the girl on the desk into giving me a huge discount and $150 later I had a suite of rooms for the night, into whose boat-wide bed I promptly passed out.

I might be hideously disfigured, say things like “ready to come about”, stink of salt and sweat and know how to tie knots, but if the Pantheon of seafaring Gods saw me swapping my berth for a four star hotel on my second night at sea, they won’t even let me on the friggin’ island.
Posted by Joe at 18:19