Luckily for me, I left Miami last Wednesday. My actual exit itself was unceremonious. Some excessive American Express abuse, a hangover that never materialised because I never sobered up, a taxi ride and a conversation in Creole that never quite got going, some ropey airport food, the inexplicable absence of a first class lounge and, finally, a very deep sleep. A two hour flight and a three hour drive later and I found myself outside the Hoity Toit Beer Joint in New Braunfels, Texas. Welcome to America. 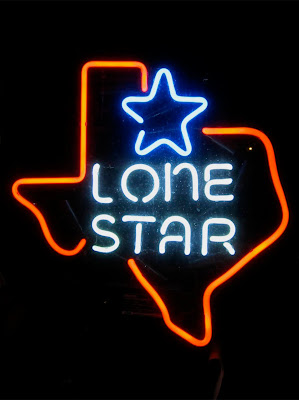 I'm staying with my friend Erin, her sister Regan and their Gran, Gran. I'm here for a while, a welcome break from all the moving around of the last couple of months. And it is so nice to just live in a house for a change.

It is hot in Texas. Hot, but most of all humid. Saturday we partook in the locals’ favourite pastime - toobing (pronounced tubing) - floating down the Guadeloupe River on giant inner tubes. A cool box of beers and three hours to cover two and a half miles of river, just gently floating along under the searing Texas sun. We hook legs over each other’s tubes to form a little flotilla, but I peel off every now and then to soak up the serene beauty and just succumb to the river’s wishes. It’s a sublime sensation. 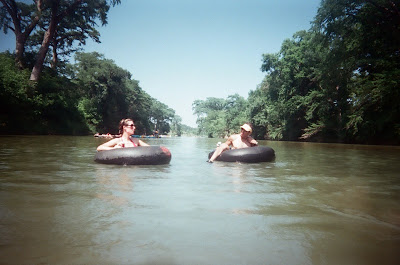 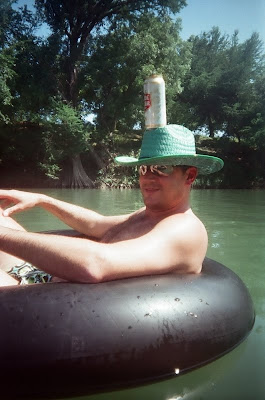 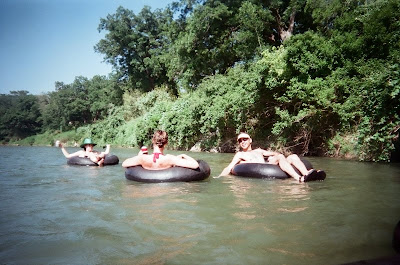 It's a good job we did it while we could. Last night saw the mother of all thunderstorms. Just before bed I sat out on the porch with a beer to watch it pass. But it lasted for five hours or so, and it just kept getting heavier. Lightning so bright you'd think the earth was on fire, and thunderclaps that shook the pictures from the wall. And rain. The heaviest rain you can imagine. A foot of it fell overnight. A biblical flood for bible country.

I like Texas. The people are unbelievably friendly, and fiercely patriotic and proud of where they're from. You rarely see a stars and stripes without the Lone Star flying alongside. They say howdy and y'all all the time. And they eat Mexican food morning noon and night. Last Friday began with breakfast tacos and ended with drive thru tacos at 2am. No wonder they're all so fat - more than a month in this place and I'd look like Michael Moore. It's a chance I'll have to take. For now y'all, I ain't goin' nowhere. 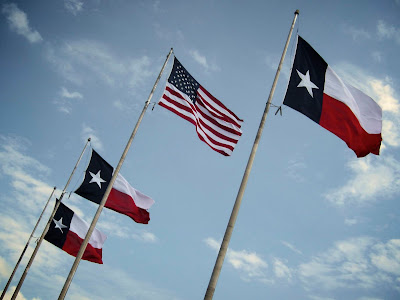