Last week, in Santiago, the city was struggling to break through the smog and clouds. Today I woke and it was clear and bright. But that didn’t hep me much, since I was heading to Valparaíso for the day.

Valparaíso is an old port town on the pacific coast, said to be Chile’s most beautiful and captivating city. The low area next to the water’s edge rises sharply as the city spreads itself into the hills that fall steeply to the sea. It is a crazy, colourful, ramshackle place that completely defies comprehension.

So you can imagine I was fairly pissed off when I arrived to find the whole place shrouded in an impenetrable sea fret. I cabbed it into downtown only to find that the café recommended by my out of date Frommers has gone to that great plaza in the sky. I try the place next door. The food wasn’t great but while I was in there, the city was busy transforming itself, for by the time I re-emerged, it was as clear as a bell. 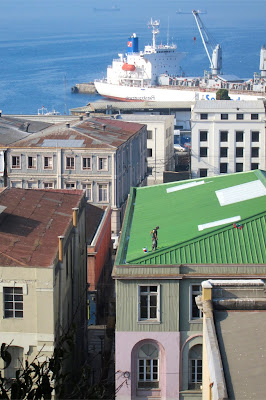 I climbed the first hill I found, and only then began to appreciate the madness of the place. At the top of Cerro Concepcion, all is calm and peaceful. You really feel the bohemianism of the place - little art studios are everywhere, people drawing and painting. Every available wall has a mural painted on it (though sadly the cock drawers have been out in force too). Looking down, you see the contrast - quaint little artists' enclave up top, crumbling port town below. 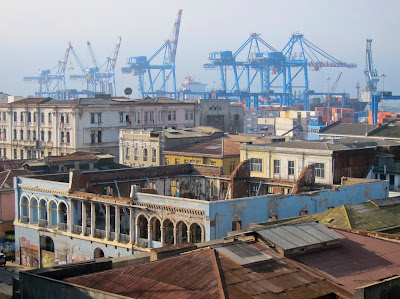 All the museums are shut so I ride the ascensor down. These old funicular railways are dotted all around town, dating from the early 19th century, to hoist the population back in the direction of their homes. For the many that can’t afford the modest fare, there are always the steps that climb alongside. 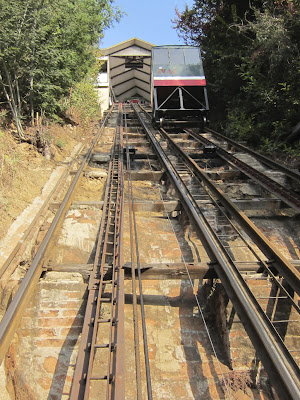 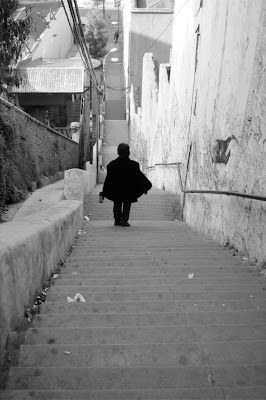 The town reminds me a lot of the old medinas in Morocco. Winding streets that all look the same, steps everywhere. The kind of place in which a map is of absolutely no use whatsoever. 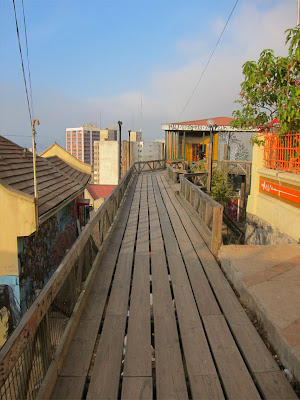 Back on the level, and the sense of poverty is overwhelming. Suddenly it feels rough and edgy. One of the main plazas contains nothing but men and dogs sleeping rough. There is little to distinguish between them, and it is very sad. Everyone else walks round the outside. A lady tells me my rucksack is open, and reminds me how dangerous it is round here.

I’ve been residing in towns that, though very South American, and with their fair share of poverty, have been extremely westernised. In two days I’m flying up to Bolivia, and from then on, things are going to be very different. Valparaíso feels like a little bridge between the two. If what’s coming is half as beautiful, which I expect it is, the next few weeks should be very special. Just so long as I can see them through the mist.
Posted by Joe at 18:18

Email ThisBlogThis!Share to TwitterShare to FacebookShare to Pinterest
Labels: Chile