People don't seem to have too many nice things to say about Santiago de Chile, but I liked it. The biggest problem is the pollution. What should be the stunning natural backdrop to the city instead hides behind a curtain of smog. You might not notice it right in front of you, but look anywhere in the distance and you'll see. Climbed up Cerro San Cristobal to admire the view? Never mind. I can't imagine what the Virgin Mary must make of it all. 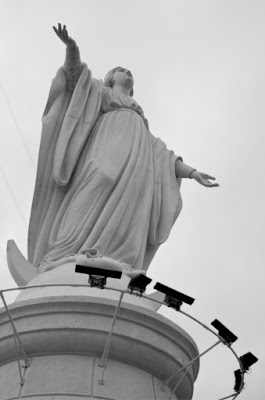 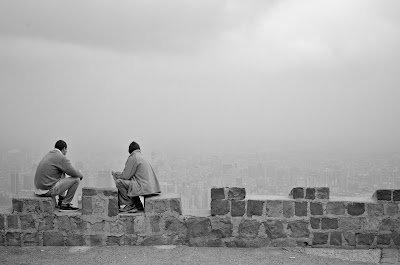 Back down at street level, the city buzzes along without ever really feeling quite as big as it is. Little pockets of tranquility are dotted around the place - the parks and plazas, cerro Santa Lucia. Tiny bars and cafes from which the sound of laughter and the smell of cigarette smoke drift out onto the street.

Around the centre, the barrios themselves are small and compact, each with a slightly different character. I stayed in Santa Lucia on my second stop, and liked its relaxed little street of bars, restaurants and cafes. Over the river, Bellavista seems livelier and more touristy. In the west, Barrio Brasil is more bohemian, and just south of the centre, Paris Londres looks vaguely European. But overall, the city lacks the romance, dynamism and edginess of, say, Buenos Aires, and maybe that's why it gets a less favourable write up. No one travels to South America just to see Santiago, after all.

Dotted around town are a number of architecturally impressive buildings, that stand out amongst the humdrum shopping malls, arcades and ugly seventies facades. There's beauty in there somewhere, but you have to look for it.

The people are friendly (once I've tuned into the accent). And you have to admire Chileans for their courage and resilience, given that every twenty years or so their country is shaken to its roots by a terramoto. The damage is still scattered about - the Palacio de Bellas Artes, seemingly took a bit of a pounding, though luckily the roof survived. 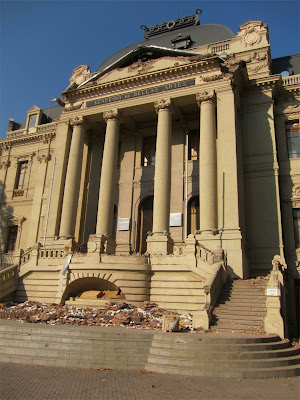 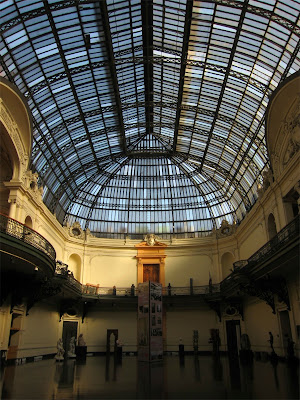 Just for now though, things are calm again. Maybe because of the upheaval, little signs of peace seem all the more important, as Santiago slips into a beautiful autumn. It's just a shame you can never quite see far enough to truly appreciate it. 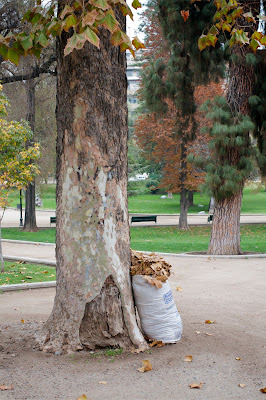