My main reason for being in Puno is to catch the train out of here. But as well as that, there are the floating islands, a few Inca sites and the town itself, which is apparently rather pleasant.

Unfortunately for me, shortly after arriving yesterday, I succumbed to an unusually violent and prolonged attack of the shits. During the night it was accompanied by some truly spectacular vomiting. I was cold, depressed, afraid and alone. It was the furthest I've felt from home since I left. I had been looking forward to a busy day of sight seeing today, snapping away at my leisure. Now it seems my enduring memory of Puno will be this image; 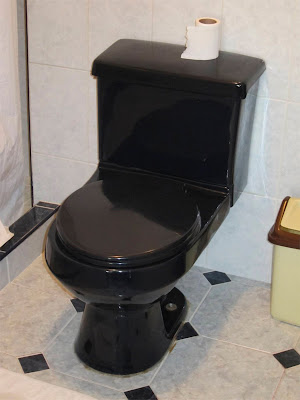 Thanks to the Loperamide, I was able to get through the morning in one piece, though admittedly without leaving my bed. I signed up for a tour to the islands leaving at 4pm, and decided to have a scope around town in the meantime. I popped over to the pharmacy to stock up on preventative measures, but found the sun and the heat too much, so retreated once more.

By half three, when they came to get me for the tour, the day itself had taken a turn for the worse. Gone were the clear skies and bright sunlight. Now it was cold, windy and dark. Not exactly perfect conditions for what I had in mind.

About 2,000 Uros people still live on the famous floating islands. The islands themselves are made of layers of reeds, anchored to the lake bed with ropes and sticks. They need constant replenishing as the reeds underneath rot away. Their houses are made of reeds, their boats too. They even eat the stuff. 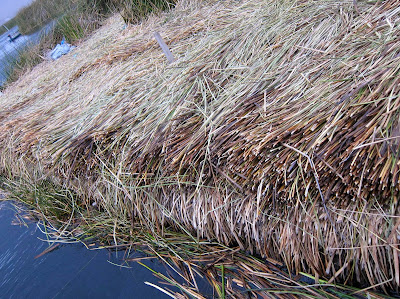 There are a few issues with the Uros and the impact of tourism. We are invited into a house on one of the islands and flogged some hand woven fabrics (how can we resist)? The men of the village are struggling to secure one of the anchors in the wind. We rush out and help, tug of war style. Meanwhile it has begun pissing it down. Taking pictures is impossible in these conditions. And I can't photograph the people because they're all inside their crazy little houses. 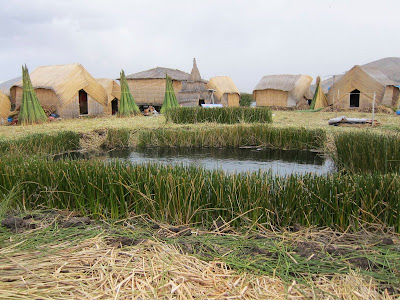 It is a remarkable way of life and an incredible place. I can't help but wish I'd been able to come out earlier in the day when it was nicer, but I guess God had other plans. Having consumed nothing more than a powerade, some pringles and a small packet of boiled sweets in the last thirty hours, I'm kind of hoping he lays off of me tonight.
Posted by Joe at 18:10

Email ThisBlogThis!Share to TwitterShare to FacebookShare to Pinterest
Labels: Peru