Copacabana is a proper little travellers’ town, but I like it. It’s a tiny place whose streets bristle with activity. The locals seem incredibly tolerant of the large backpacker community, and are very friendly if you take the trouble to engage with them. My hotel is halfway up a hillside with a tremendous view of the town. 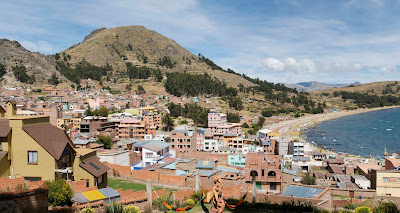 Copacabana from La Cupula Hotel
An extremely beautiful (and inexplicably Moorish looking) cathedral, the Basilica of Our Lady of Copacabana, takes centre stage. It houses a statue of the Virgin Mary, to which many miracles have been attributed, and is the subject of pilgrimages from all over the world. Also inside is the most spectacular altar I have ever seen. Photographs are banned, but I make a donation and confess my sins. 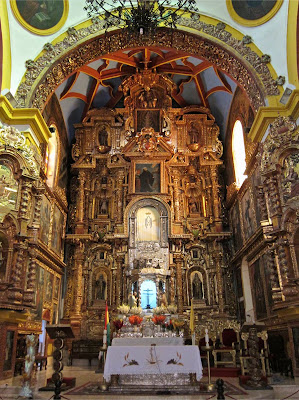 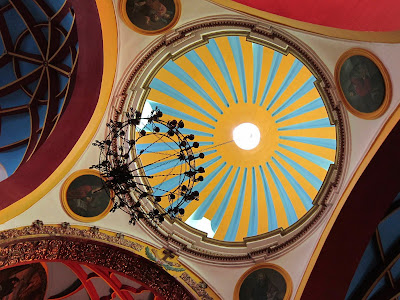 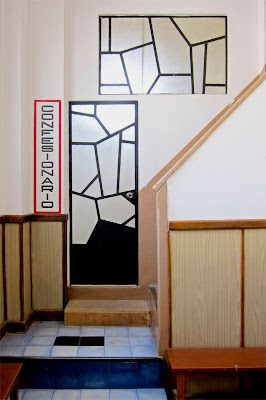 Confession for the illicit photographer
Outside, Bolivianos make the pilgrimage to bless their automobiles, through a combination of flowers, praying to the Virgin Mary, and letting off firecrackers (again). Stalls even sell toy cars so you can take them inside and bless them. 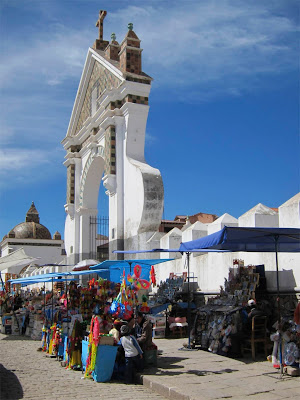 Outside the Basilica
Aside from its religious notoriety, Copacabana has made a name for its trucha, or trout. We lunch in a local comedor; fried trout, salad and spuds, for 15 Bolivianos. The Cocinera even lets me take her photo. 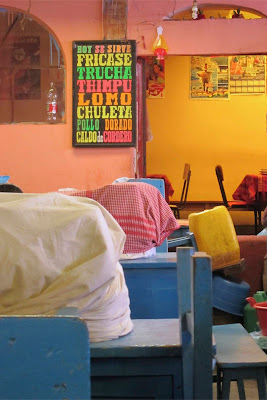 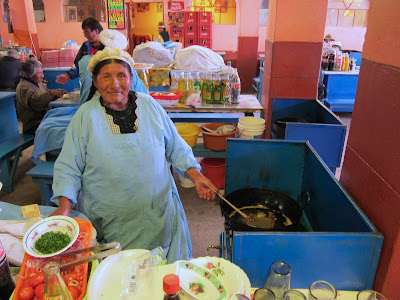 Cocinera
Later in the evening, four of us dine in a big restaurant in town. I can’t remember it’s name, but then neither can they probably. The waiter doesn’t know how to open a bottle of wine, so we help him out. Then three main courses arrive (excellent grilled trout), but one Trout Lasagna (don’t ask) doesn’t. Upon enquiring of its whereabouts, our grinning friend reassures us “esta en el horno” (it is in the oven). This is only just about topped by the “Irish Coffee” (Milk and whiskey) and the toilets with no light that you have to cross some mud on a plank to reach.

The restaurant at my hostel was pretty good though. Beer battered pejerrey (silverside) may be less popular than the trout but was definitely no less tasty. I also dined repeatedly at a little café called Pueblo Viejo, on the busy street leading down to the lakeside. Its owner is either extraordinarily rude or extremely nice, depending on how many gringos he’s had to tolerate that morning. 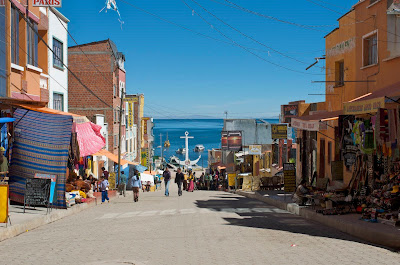 Calle 6 de Agosto, Copacabana
Although Copacabana is around 3,800m above sea level, the altitude sickness isn't too much of a problem any more. The sun is though, you need layers of screen on. It gets very warm in the daytime, and bloody cold at night, or in the shade, and as one might imagine, all the town's residents take adequate precautions to deal with the extreme fluctuations in temperature. 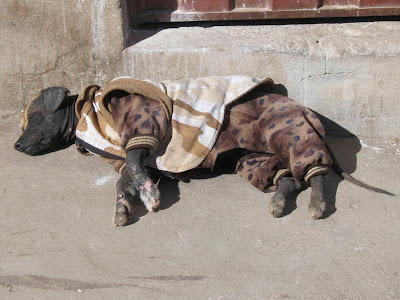