My week in Ruins

Cuzco itself is surrounded by a number of notable Inca ruins, and more still lie in the Sacred Valley of the Río Urubamba.

From the centre of town you can walk up to Saqsaywamán. It will almost kill you, but you can, and accompanied by a couple of Aussies from the hostel, I do. It's a big sprawling site with spectacular views over the city. It is also overrun with tourists, many of them Latinos, with the odd group of Americans discreetly blending in amongst them. 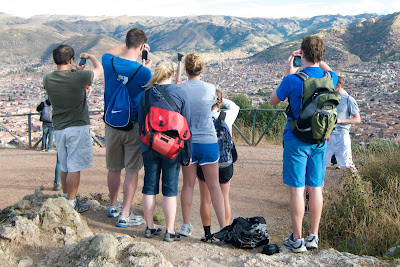 Blending in
This is my first proper experience of an Inca site. Perhaps the most remarkable thing is the stonemasonry. First of all, they got these massive stones to wherever they needed them without using the wheel (although they knew about it, it was pretty much useless on the terrain). Then they would somehow cut and fit them together so tightly that a sheet of paper won't fit in the cracks. Modern attempts to replicate the possible techniques they used have been fruitless. Their walls were also built to withstand earthquakes, making them virtually ineradicable. Which is why so many of them remain today. 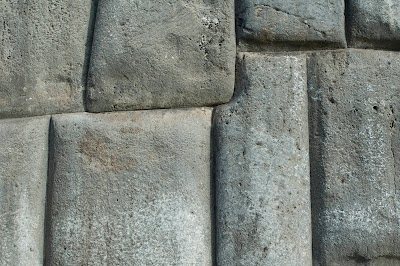 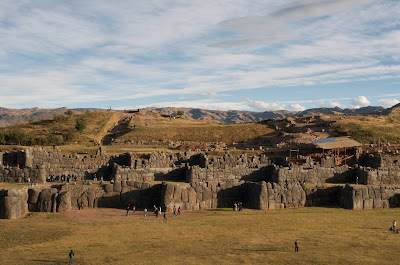 Saqsaywamán
Half an hour or so from Cuzco, on the banks of the Urubamba river, lies the little town of Písac. And on the sides of a mountain that looms up from the town, lie the remains of the old Inca settlement. The hillsides are terraced all the way round, for agricultural and defensive reasons. At the top, the buildings cling impossibly to the rocks. It's a wonderful place to walk around - far less tourists and many more opportunities for peace. I spend a few long minutes at the top, clinging desperately to my hat in the gusting wind and wondering how the hell they managed to build the bloody place. 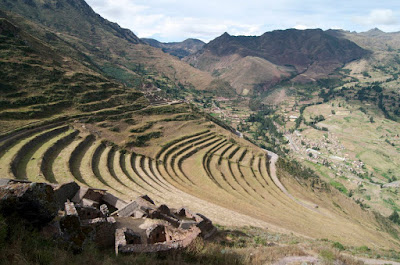 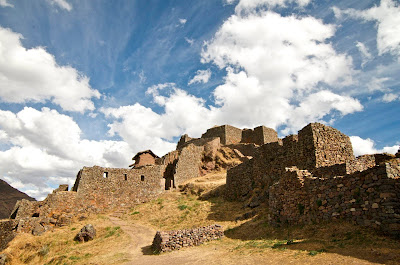 Via an absurdly precarious footpath, a tunnel and some nice stone steps alongside a sheer drop, you can make your way to the other side of the mountain, more ruins, and if you're stupid, like me, you can make the 45 minute descent into town. 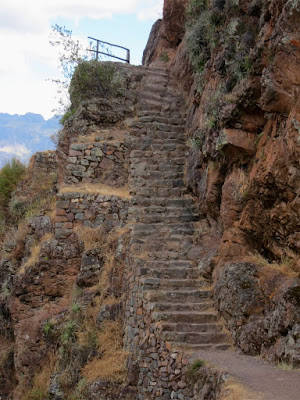 Further up the Sacred Valley you hit the tiny town of Ollantaytambo. Ruins and terracing ascend the hillsides yet again, but the town itself this time is pretty much unchanged since the Incas were around (probably a few more hostels nowadays). 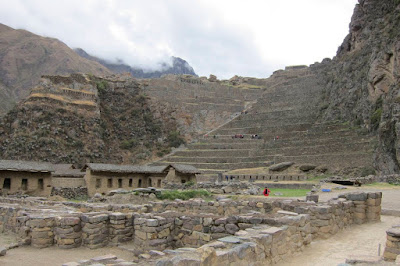 It's a cool little place with friendly people, but there are a lot of gringos in town, myself included. And that's because this is the last stop on the way to the greatest site of them all. Machu Picchu. And I cannot wait.
Posted by Joe at 10:21