Kamikochi is neither a town, nor a village. It's a scattering of hotels and onsens, a bus stop, a few buildings, and a lot of trails that carry countless happy hikers around the Japan Alps. As I strode away from the bus terminal, I noticed a Japanese man, the only other person on his own in a sea of groups and couples, turn and look back at me. He hesitated long enough, and smiled, for me to recognise the polite invitation to join him, and smile back. 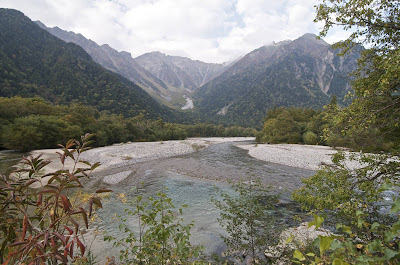 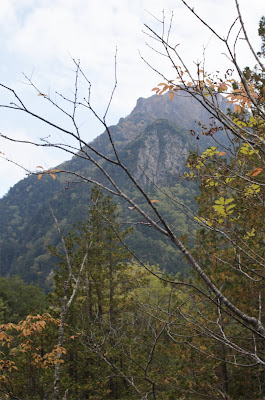 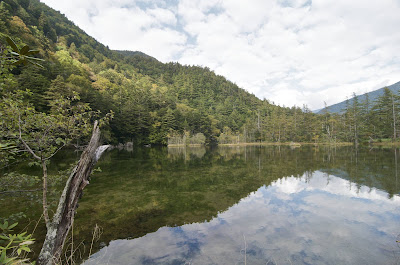 We talked as we walked, his English slightly broken but evidently once proficient. He wanted to know where I'd been, where I was going and where I'd walked. We talked about the parks in America, about Arizona and Utah, which he knew well. He'd been up Kilimanjaro and to Everest Base Camp, can see Mount Fuji from his window and decides in the morning whether to climb it or not, something he's done more times than he can remember. He tells me about Kamikochi; the peaks, the river, hesitating only to slap his forehead as he occasionally searches for a word.

Like all people who are great company, he doesn't talk too much, and we probably spend three quarters of our short time together saying nothing; sharing an experience rather than thoughts or words, rendered superfluous by the unmistakable, unutterable glory of that walk. After forty minutes or so we reached a bridge. I was crossing it, he was not, so with another smile, and a handshake, we relinquished one another's company as quickly and easily as we had taken it up. "See you again," he proffered with a cheery wave, and I waved back, sure in the knowledge that, sadly, he would not.

I march over the bridge, pace quickening now and the arms swinging, the peculiar ennui rendered upon me for the past few days vaporised by the fresh alpine air as I resume my solitude once again. 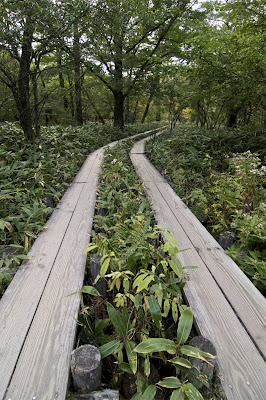