Without warning, one fine Monday morning sixty-five years ago, the lives of the people of Hiroshima either ended suddenly or were changed, like the world, for ever.

Before dawn on August 6th 1945, three B29s took off from the island of Tinian bound for Hiroshima. The first of them was the Enola Gay; its cargo the three metre long A-Bomb known as Little Boy. It was dropped at 8.15am, and detonated 600 metres above the city centre. Everything within a two kilometre radius was instantly destroyed, and 70,000 people lost their lives. Those that didn't die in the blast suffered horrific radiation burns; many threw themselves into the river and drowned. 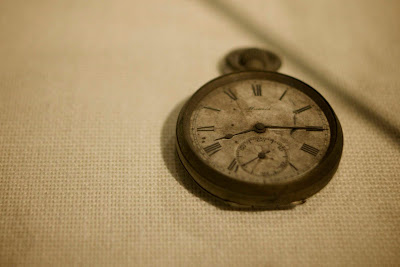 Yoshito Matsushige, a photographer, tried to document events in the hours that followed:

I fought with myself for thirty minutes before I could take the first picture. After taking the first, I grew strangely calm and wanted to get closer. I took about ten steps forward and tried to snap another; but the scenes I saw were so gruesome my viewfinder clouded with tears

In the aftermath it was impossible to tell who had lived or died. Ledgers detailed deaths and injuries; survivors scribbled notes around the city hoping that lost loved ones would see them and know they had survived. By the end of 1945 the death toll was around 140,000, and it grew over the years that followed as a result of the radiation. Over 225,000 people living in Japan today are hibakusha - survivors. One cannot even begin to imagine the scars they carry, inside and out. 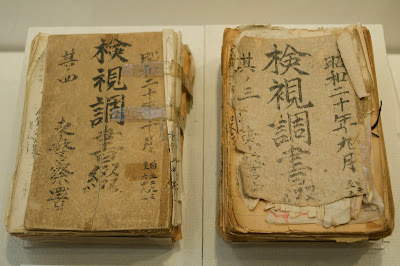 There is little the Peace Memorial Museum can do to obscure the terrifying reality of what actually happened that day. The imagery is brutal and deeply disturbing: Pictures of burned bodies; a rusty tricycle that was buried in the yard along with its two year old owner; charred clothes; a melted child's lunch box. The testimony of survivors, and descriptions of the aftereffects; keloid scars, cataracts, tumours, leukaemia, in-utero deformities. Haunting drawings of the hibakusha line the walls. 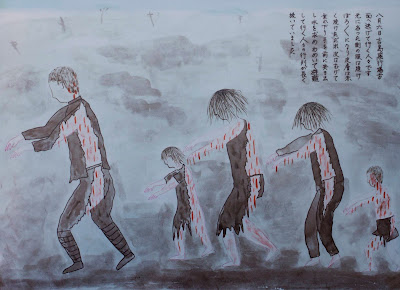 One building was so close to the hypocentre that the downward force of the explosion meant its infrastructure, unlike all the people inside it, survived. Its eerie skeleton and the dome that once shimmered on its shoulders stood defiantly in the midst of the ruined town. 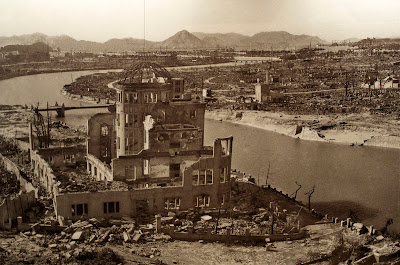 In 1966 it was decided that the A-Bomb Dome, as it had come to be known, would remain in perpetuity as a monument to those who died and a lasting call to peace. Today it nestles in the heart of a vibrant, proud and modern city. 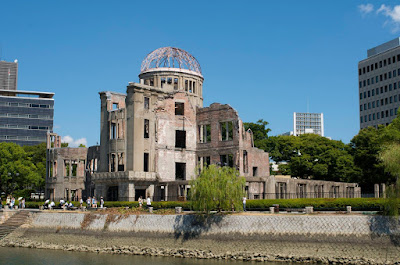 The wish that emerged from the suffering was not revenge or recompense; simply that no city should ever suffer the same fate. There is no greater measure of the courage and dignity of a race of people, and those who survived, than this. A flame burns in Peace Memorial Park, and will only be extinguished when the last nuclear weapon on Earth has been decommissioned.

Hiroshima testifies to the indomitability of the human spirit; in both the shadow of insurmountable horror, and the striving for peace. Razed to the ground, its inhabitants dead, brutally injured, traumatised, orphaned and poisoned, the city rebuilt itself. Human beings are capable of anything. Plunged into the darkest depths, they can climb out, and emerge even more determined to make the world a better place. 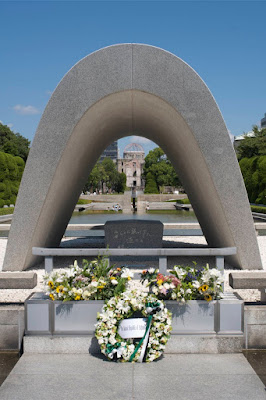 Many of the scientists who had worked on the Manhattan Project objected to the A-Bomb being deployed without prior warning. That it was used at all owed as much to considerations of the post-war world as anything else; Japan was already in disarray. Political and military expediency triumphed over morality, and a story that began over the White Sands of New Mexico reached across the Pacific and turned a different colour.

Shortly after the bomb was detonated, in the northwest of the city and beyond, it began to rain. People's roofs, shaken by the blast, were leaking, and the water streaked down their walls. The rain was black; the stains it left will never wash away.
Posted by Joe at 06:06