It’s pretty much dark now. It’s cold too. The campfire is fighting on two fronts, and winning. It’s winning on a third too, since I’ve been tying to write for the last hour but keep finding myself staring at it instead. 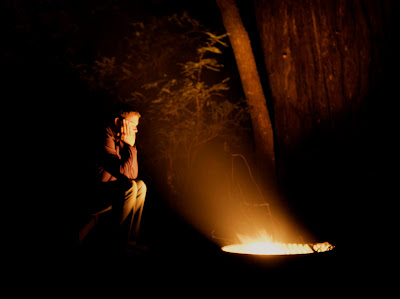 I wrote those words two months ago. They were to be the fire post, but I never got to finish them. When I set out on my trip down the west coast, I had never camped before; never been exposed to its magic. Now I realise that so much of that magic dances from the flames of a proper fire. They are so absorbing: stare into them, and the hours fall through you.

As I journeyed through the parks and wilderness of the States, I began to appreciate the natural forces that shape the world around us - water, wind and sun. Forces that slowly carve out landscapes over the millennia. And fire. Fire doesn't take centuries to do its work. It's not ubiquitous, like the others; it doesn't touch our lives every day. But when it does spark into life, it does so swiftly, menacingly, and with devastating effect.

Natural fires have been started by lightning since the world began turning, and they create as well as destroy. For years, conservationists went to great lengths to protect the Giant Sequoia groves in Yosemite National Park from fire. It was only in the sixties that people began to realise that Sequoias were actually dependent upon fire for their existence. With no flames to thin out the canopy, shade tolerant pines thrived and covered the forest floor, preventing Sequoia seeds from starting. They needed fire to open the canopy and coat the forest floor with a blanket of ash. The heat from the flames would force the pine cones to open, sending the seeds sprinkling onto the newly fertile ground.

Sequoias are perhaps the best example of the importance of fire, but they're by no means the only ones. Regular fire clears debris, thins brush, adds nutrients to the soil and releases seeds across meadows, mountains and forests. All members of the natural community; trees, shrubs, fungi, insects, birds and mammals benefit when the flames of a lightning fire touch the forest.

Death and destruction are natural, essential components in the cycle of life. And yet they are abhorrent to human beings. We resist them, I thought, as the flames danced and flickered before eventually petering out.
Posted by Joe at 23:02