A walk in the park

It doesn't matter where you go in the world, Sunday afternoons are always best spent down the park.

The first thing we see on our way into Yoyogi park in Tokyo is some kind of rockabilly dance off. The natural gaiety of this hilarious scene is tempered slightly by the suspicious looking yakuzu tattoos, and the bottles of Jack Daniels they're chugging down, but it's still pretty funny. They must be sweating their nuts off. 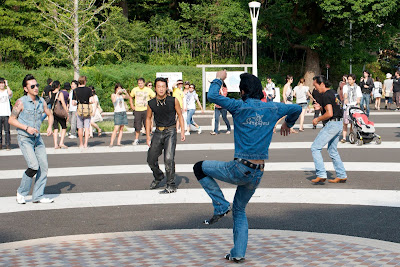 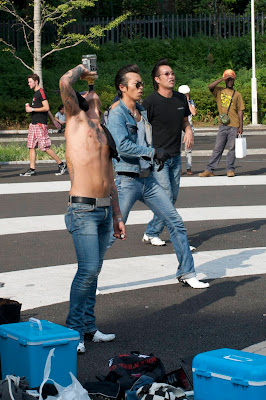 Things become a little more civilised further into the park. There are people everywhere. Some guys blow giant bubbles, and we sit for a while watching the sheer joy on the faces of the children as they chase and burst their beautiful shapes. 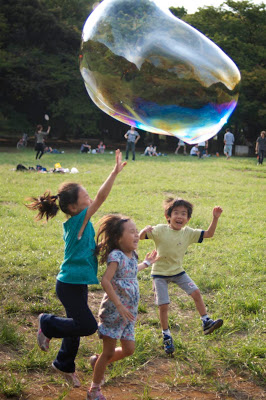 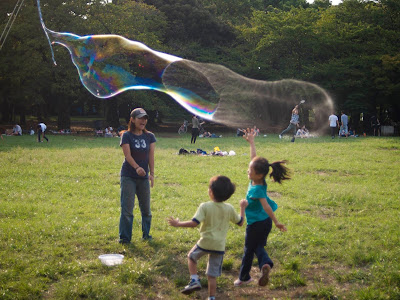 In between these two extremes comes everything else; lovers relax in the shade, families play simple games. Pretty much everyone seems to be drinking. People are playing baseball, badminton, frisbee. Huge groups rehearse dance routines, chant, or do strange martial art drills. Everyone is enjoying themselves openly, unashamedly and in their own distinct ways. It's the human side of the big, busy city.

It doesn't feel so different to London. Pop down Victoria Park on a summer Sunday and it's a similar thing. Well, almost. You probably won't see too many of the local hardnuts throwing shapes at the entrance to London Fields, and somehow that slightly priggish, reserved Englishness will manage to shine through alongside the occasional ray of sun. But it's still Sunday, and the easy air of gentle relaxation, sympathetically imbued with a slow but steady stream of alcohol does just enough to anaesthetise any thoughts of Monday morning. 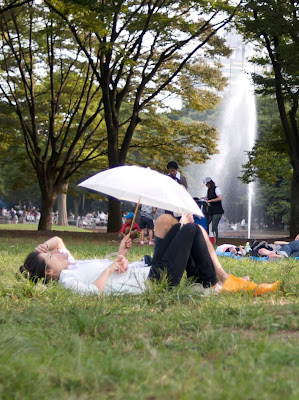