I woke at 4:30am this morning and Paro airport was still in darkness when I checked in for my flight out of Bhutan. As the lights eventually flickered into life around 6am, cleaners and airport workers appeared from their shadowy sleep on the seats and benches.

I was flying to Kathmandu, and weather conditions at both ends make take off times a guess at best. When we did get in the air an hour or so late, I had a prime spot on the right hand side as we banked and rolled our way up through the foothills.

Chinese people seem to take on a collective persona when they travel en masse, as though they are one giant being, like a flock of birds chirping and gesturing together in some secret exchange. The two next to me were jabbering away like crazy, then suddenly fell silent. I couldn’t help taking this photograph when I realised why. 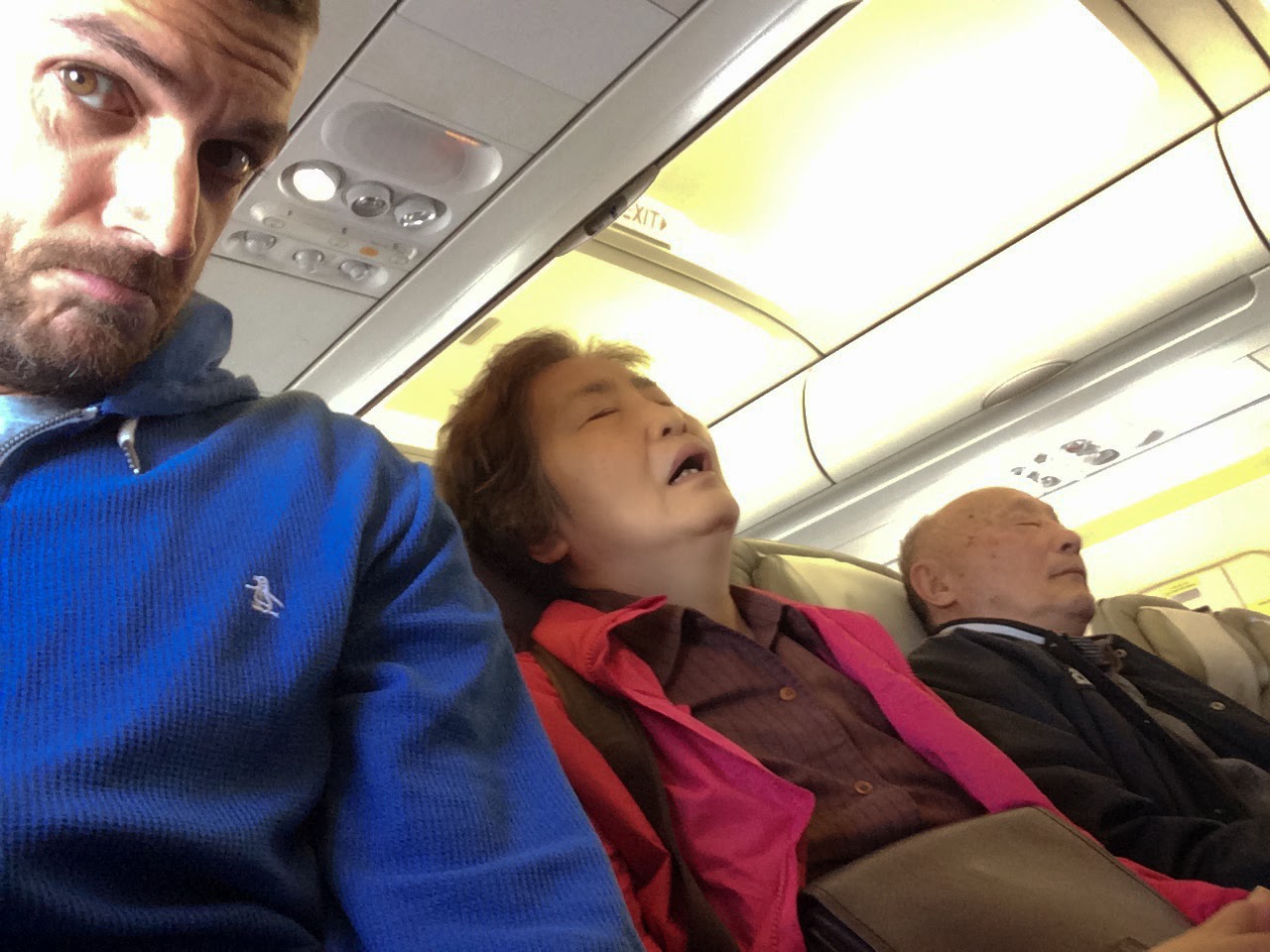 I wish they’d stayed that way.

We were soon up above the clouds, floating across a sea of freshly whipped, silky meringue. I knew what was coming, but that didn’t make it any less magical when it did and to glimpse a thing so iconic, that has challenged and vanquished so many men, its greatness beyond all of them, was actually quite emotional. 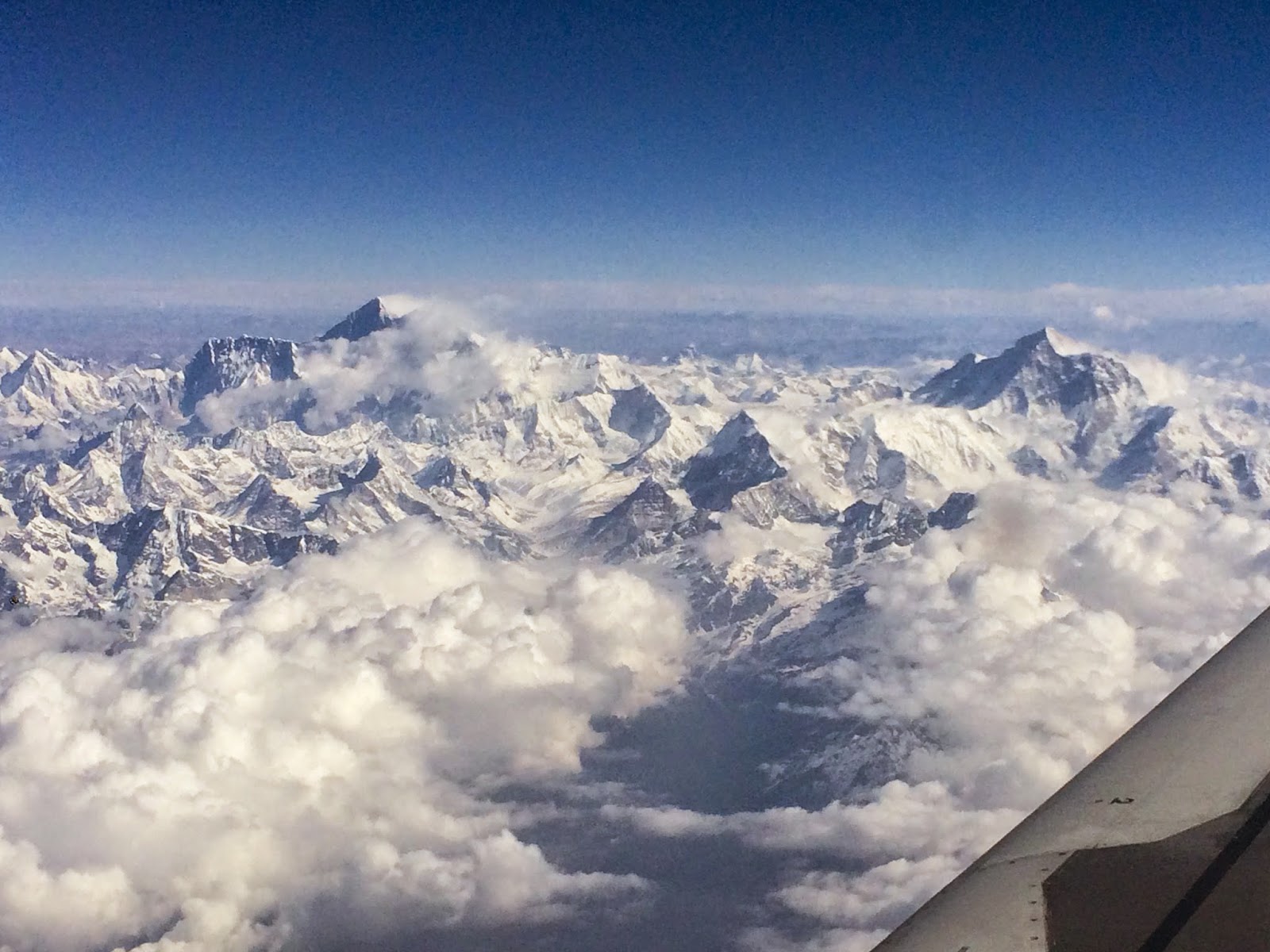 Or it was until the creature to my left leant across me, sticking a smartphone to the window, her breath reeking of fresh vomit. I offered to take a picture for her, and she expressed tremendous gratitude before coughing and sneezing in my direction for the rest of the flight. Probably my penance for the stolen selfie.

Flying into Kathmandu, you see how vast it is. A place that massive, it’s no wonder the international and domestic terminals are so fucking far apart, and I lugged my heavy bags past the taxis and non functioning ATM machines, suddenly and disastrously overdressed with moist jeans sticking to my legs and sweat puddling in every recess.

Via a pathway strewn with the now familiar array of fresh animal turds, I arrived at the domestic terminal. A greater clusterfuck of an airport building you will not find anywhere in the world. This is the entrance: 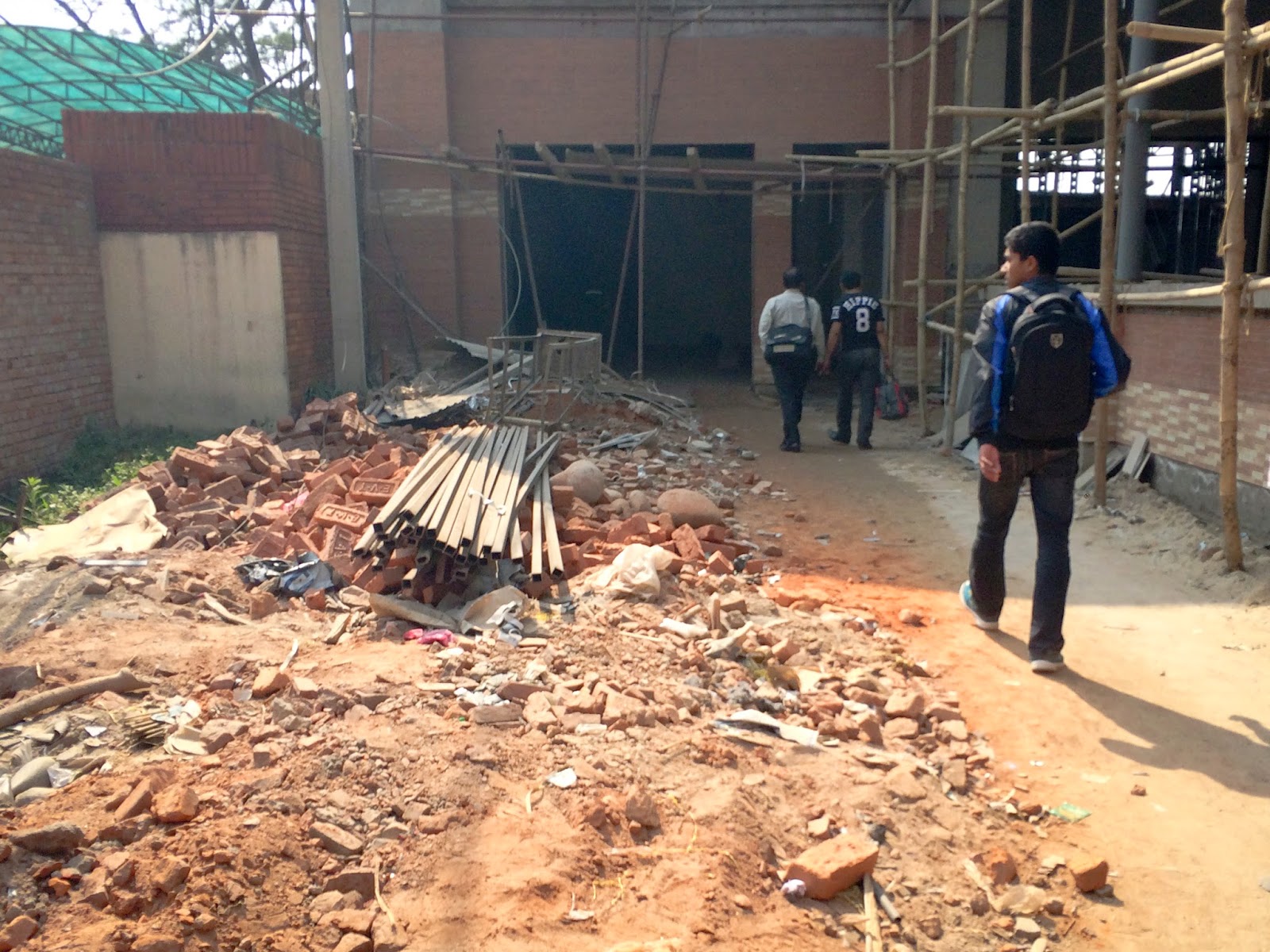 I went through “security”. No body scanners here, just a dirty curtain and a half-arsed molestation. The other side of the curtain is hell on earth for the tired and sweaty traveller. With no rupees, I get fleeced ten bucks for a coffee and a “chicken club sandwich.” I negotiate a refund on the sandwich on the grounds that no one who worked there could identify any of the ingredients. I am micrometres away from losing my shit and only sheer exhaustion stops me.

Needing to calm down, I miraculously found a seat. Across from me sat an Indian woman, giant rolls of fat flopping out from the folds of her flowery sari like over proved dough. Beyond her, impossibly young looking gap year students were grouped on the floor playing Uno! for long periods of concentrated silence, broken by sudden screams of frenzied excitement. Cadaverous white calves were framed between clean hiking boots and fake north face pants, unzipped at the knee. A fat man wearing some sort of woggle round his neck shopped for chocolate bars, looking like a disgraced Akela who has (unsurpsisingly) lost his boy scouts.

The incessant hum of Nepalese, Hindi and English mingled with a voice over the tannoy that could have been in any language. Or possibly the microphone had just been left next to a badly tuned radio. In case you didn’t understand these announcements (you didn’t), a guy in a hi-vis vest prowled around shouting them as well, only slightly less intelligibly.

In my delirium, I think for a moment that I am playing chess with a Japanese man I met several years ago in the middle of the forest in Kamikochi. I’m not. I think I hear my flight being called and my head jolts upright.

The Yeti Airlines flight to Pokhara was surreal. People wandered out to a bus, which took us to a plane that was basically just another bus, but with wings. I sat in a single seat, hand luggage on my lap, upon which I resignedly slumped my heavy head. There was a lot of excitement about the view from the other side of the plane, but I’d seen enough for one day. The landing was spectacular though, turning a sharp right over the outskirts of town and almost scraping the satellite dishes as we immediately dropped onto the narrow runway.

In so far as it differed from Kathmandu, I took an immediate shine to Pokhara, not least when my hold baggage was the first to be handed through the open window for collection. I got into the nearest taxi, and the requested fare exactly matched my refund from the club sandwich debacle. All the rupees I had in the world. 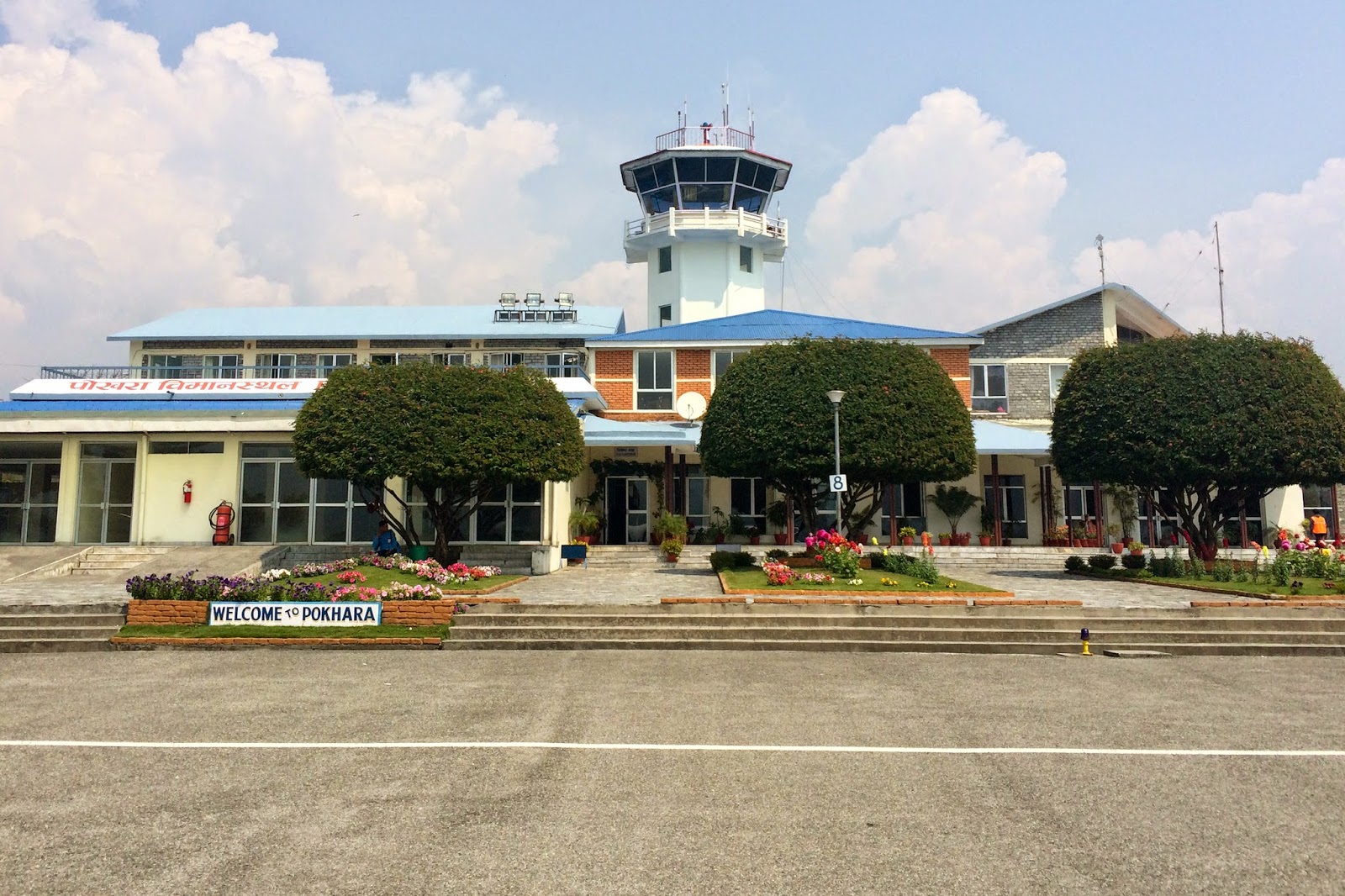 It all seemed too good to be true, and for a minute I thought I’d just fallen asleep in the pitch black of Paro airport and dreamt the whole fucking thing.