Run for the Hills

Munnar is a busy little town, but busy in a good way – buzzing and energetic rather than crazed and claustrophobic. The people smile a lot and say hello, and there are a few top class local eateries that take great pride in welcoming you inside. It's one of those places that is completely at ease with itself and its pace of life. 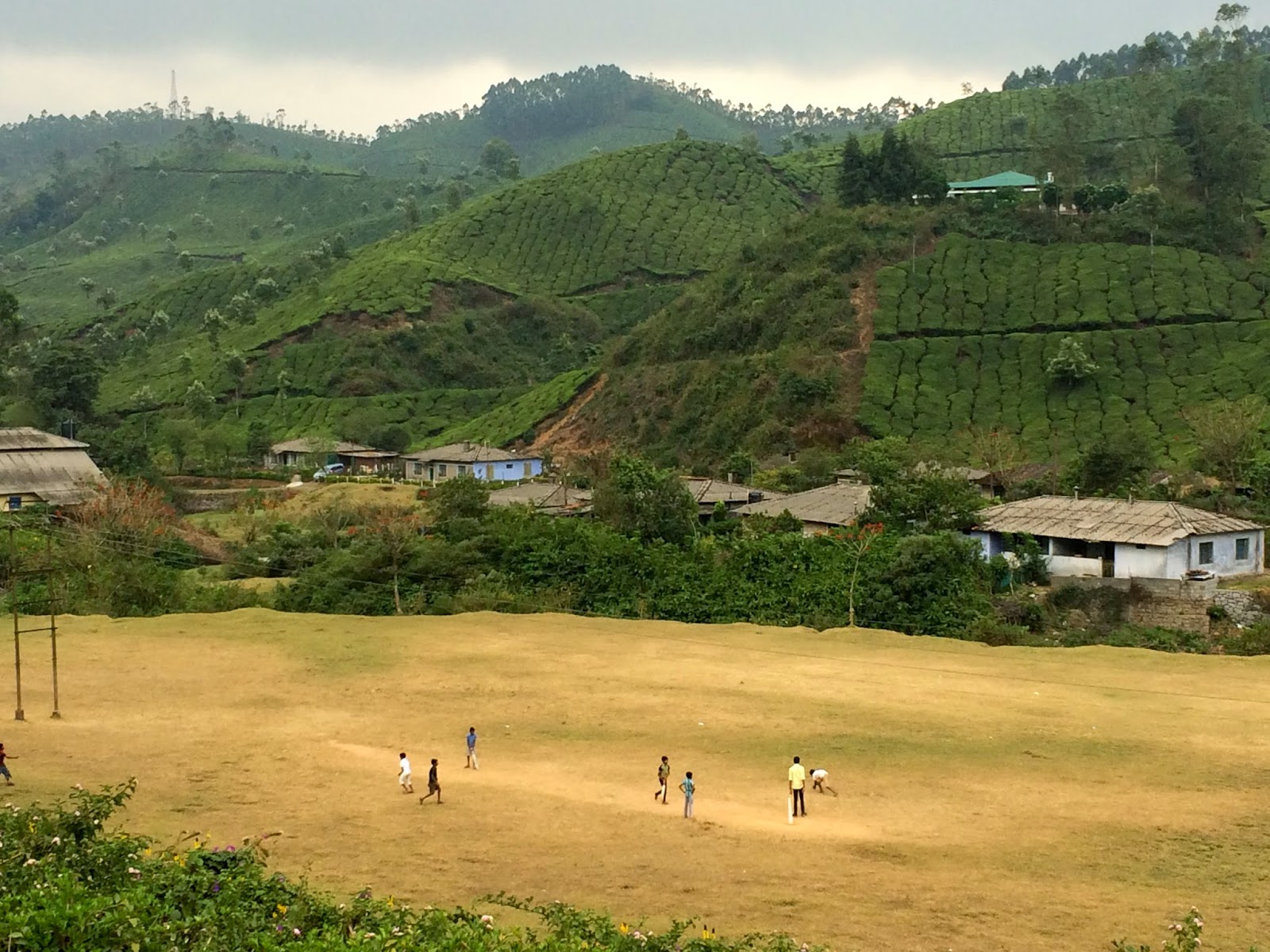 There are hundreds of hill stations in India: towns at altitude to which the British would retreat from the stifling heat of summer. In Munnar they planted cash crops: coffee, cardamom and other spices, before discovering that tea thrived best of all. So they ripped up swathes of indigenous vegetation to make way, transforming the landscape into neat little rows and strange formations that resemble the cerebral cortex, airbrushed green. 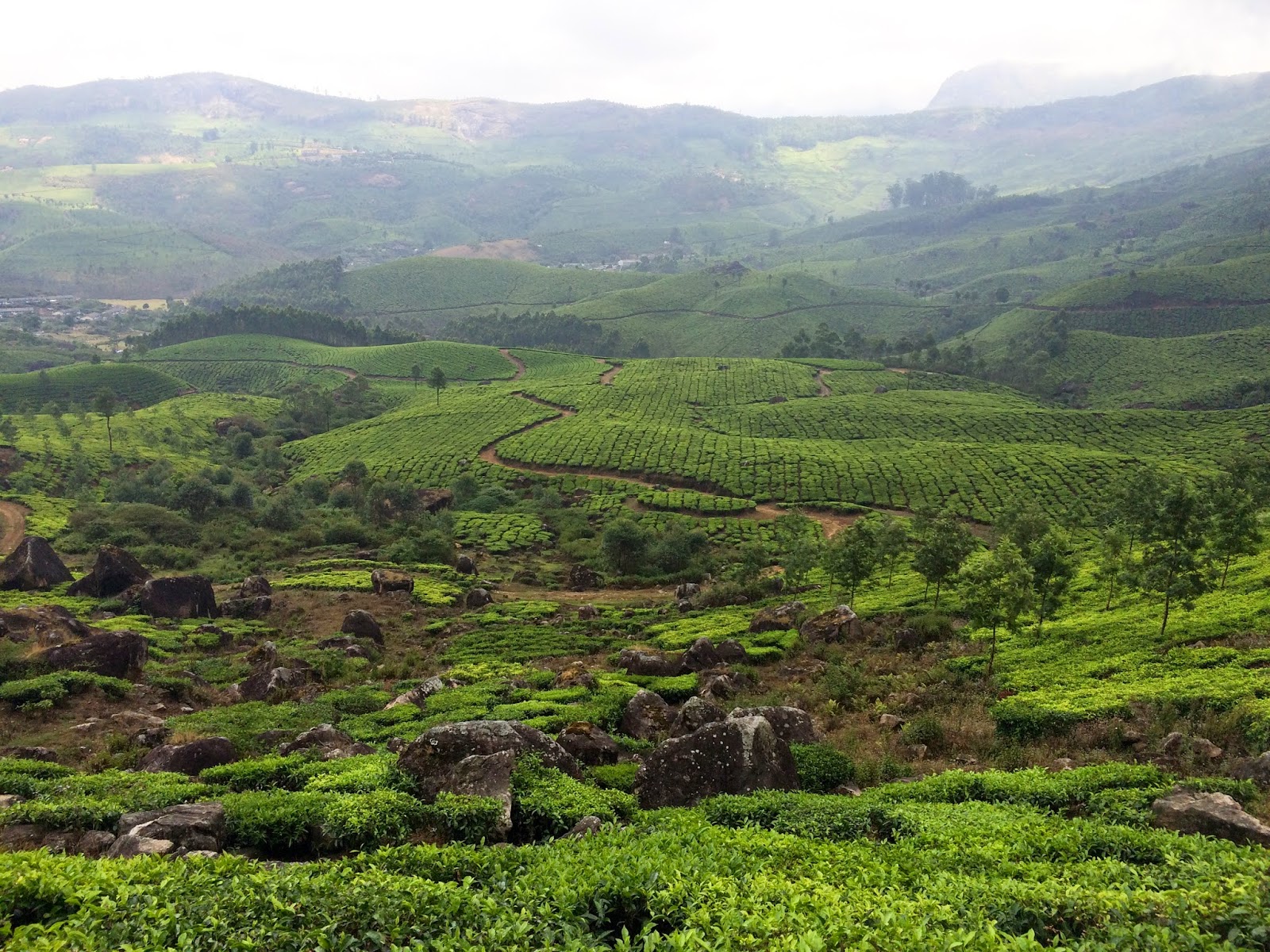 Thanks to the unique and mysterious beauty of these plantations Munnar thrives as a tourist destination, people drawn by the landscape and the chance to trek among it. Which is why I’m sprinting through the empty streets at 6:30 in the morning looking for a tuk-tuk. (Ask any tuk-tuk driver in India if they know where something is, and they say Yes. Not because they do, but because they make no distinction between knowing where something is and being able to find it - by driving around indiscriminately until they stumble upon it, or by asking everyone else in the hope that one of them might know where it is.)

Luckily this is India, and everyone else is as late as I am, so it was nearly 7am when our little group set off from Old Munnar to hike up through the tea plantations. Dawn had broken but the mist was still spread over us like a veil. When the sun broke through the cloud the whole scene resembled some fairytale or other. Along with the sun, the mist came and went in waves for the duration of the climb. Sometimes thin and wispy, at others thick and impenetrable, the perfectly manicured tea plants disappearing and reappearing in front of us as we went. It was a landscape in constant flux. 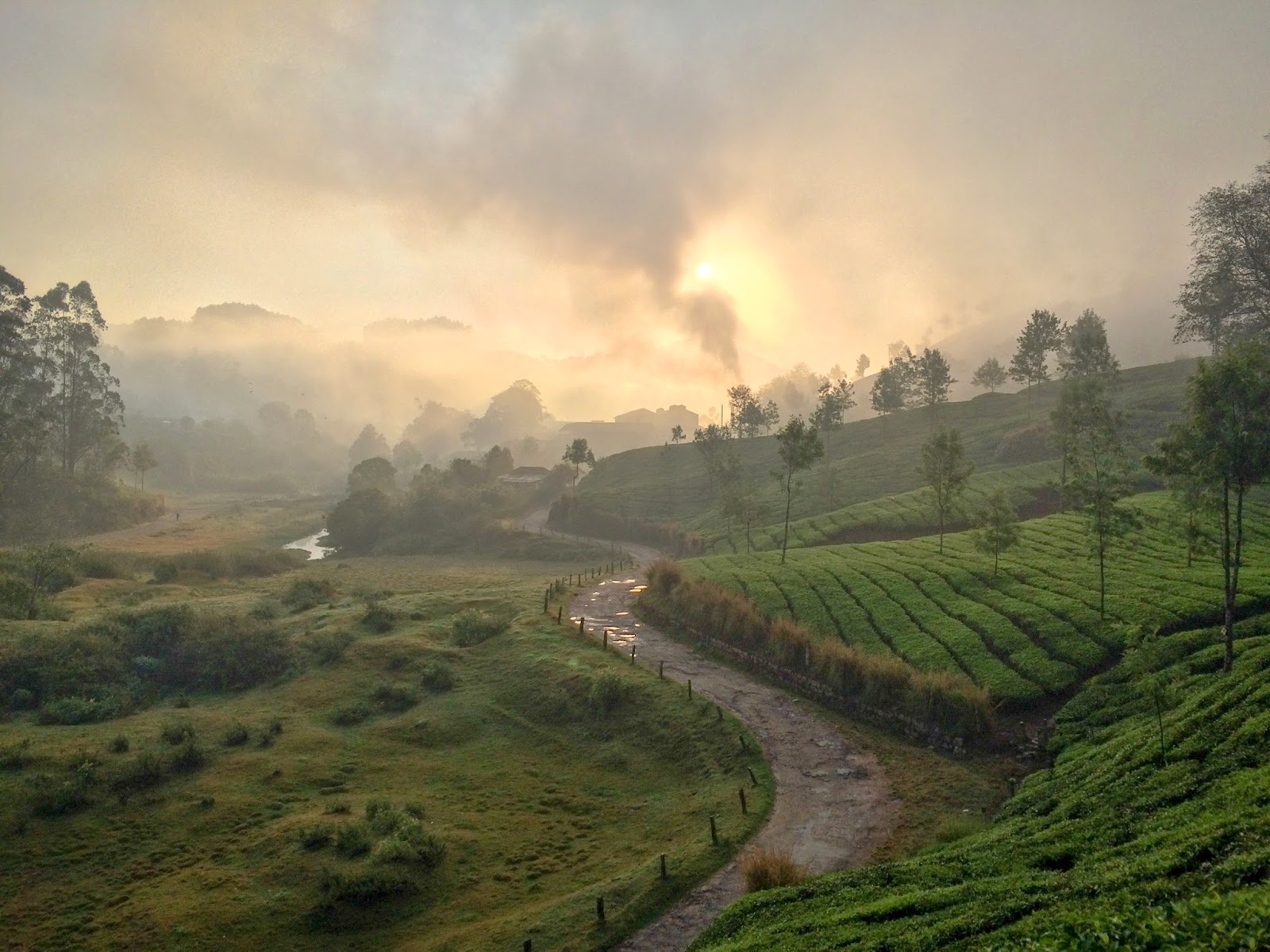 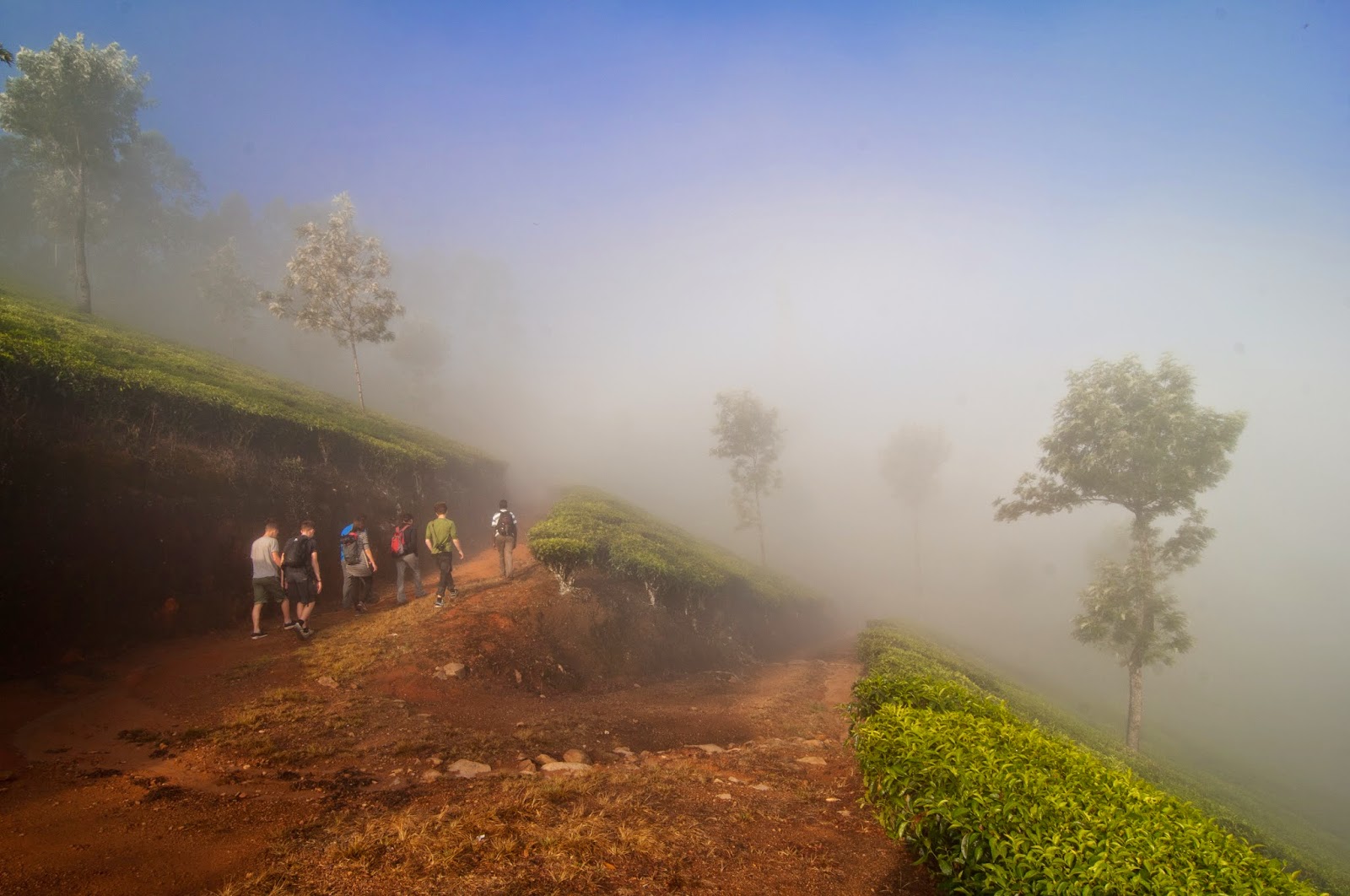 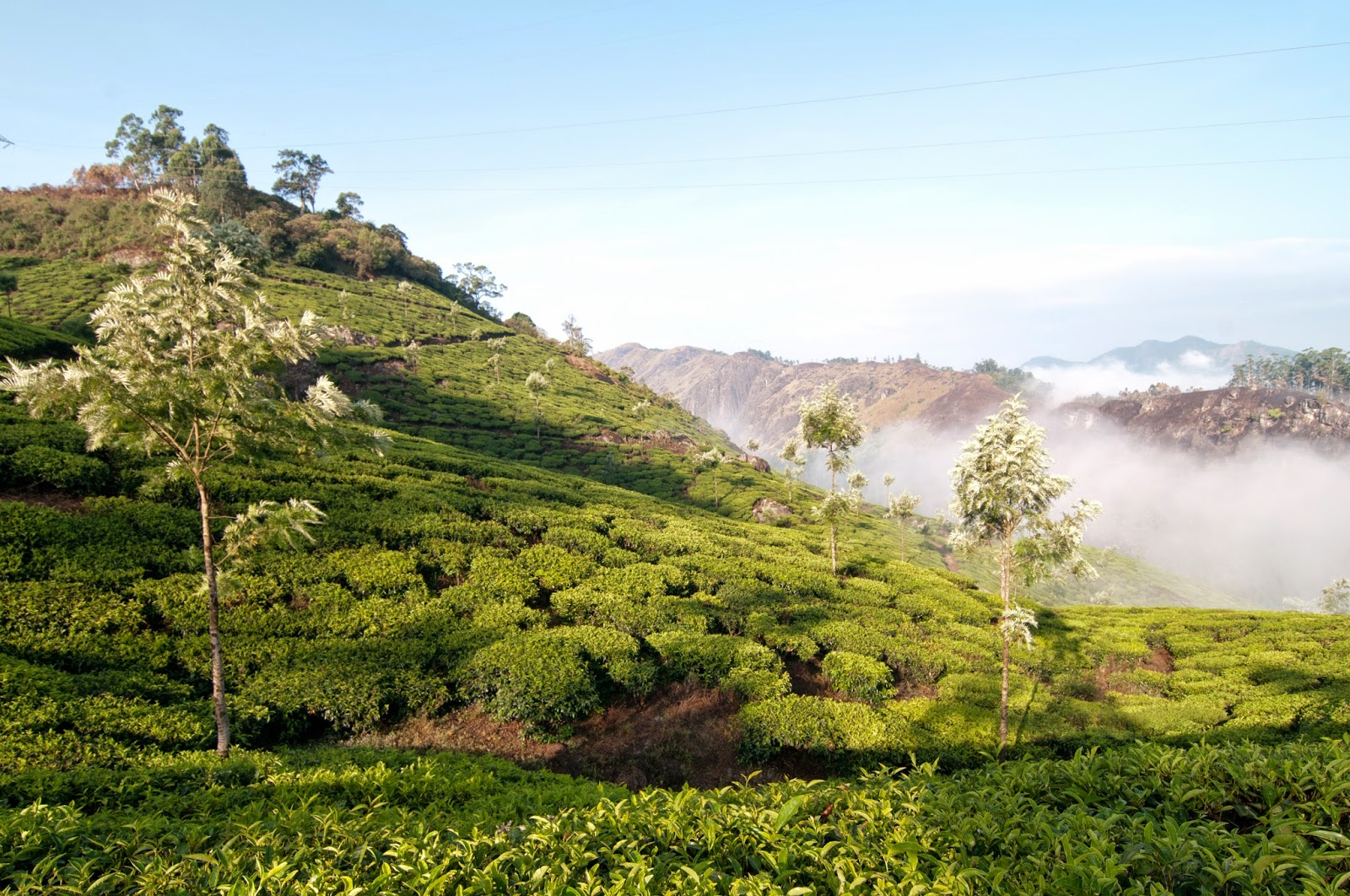 Much higher, the tea gave way to scrubby grass and before long we reached areas stripped bare by wild fire. Munnar has had only two days of rain in the last three months (the two days I’ve been here) and it's been a constant threat. The transformation in the landscape is so stark: lush and fertile down the mountain, barren and hostile up in the clouds. That difference notwithstanding, I would struggle to say for sure that one is more fascinating or beautiful than the other. 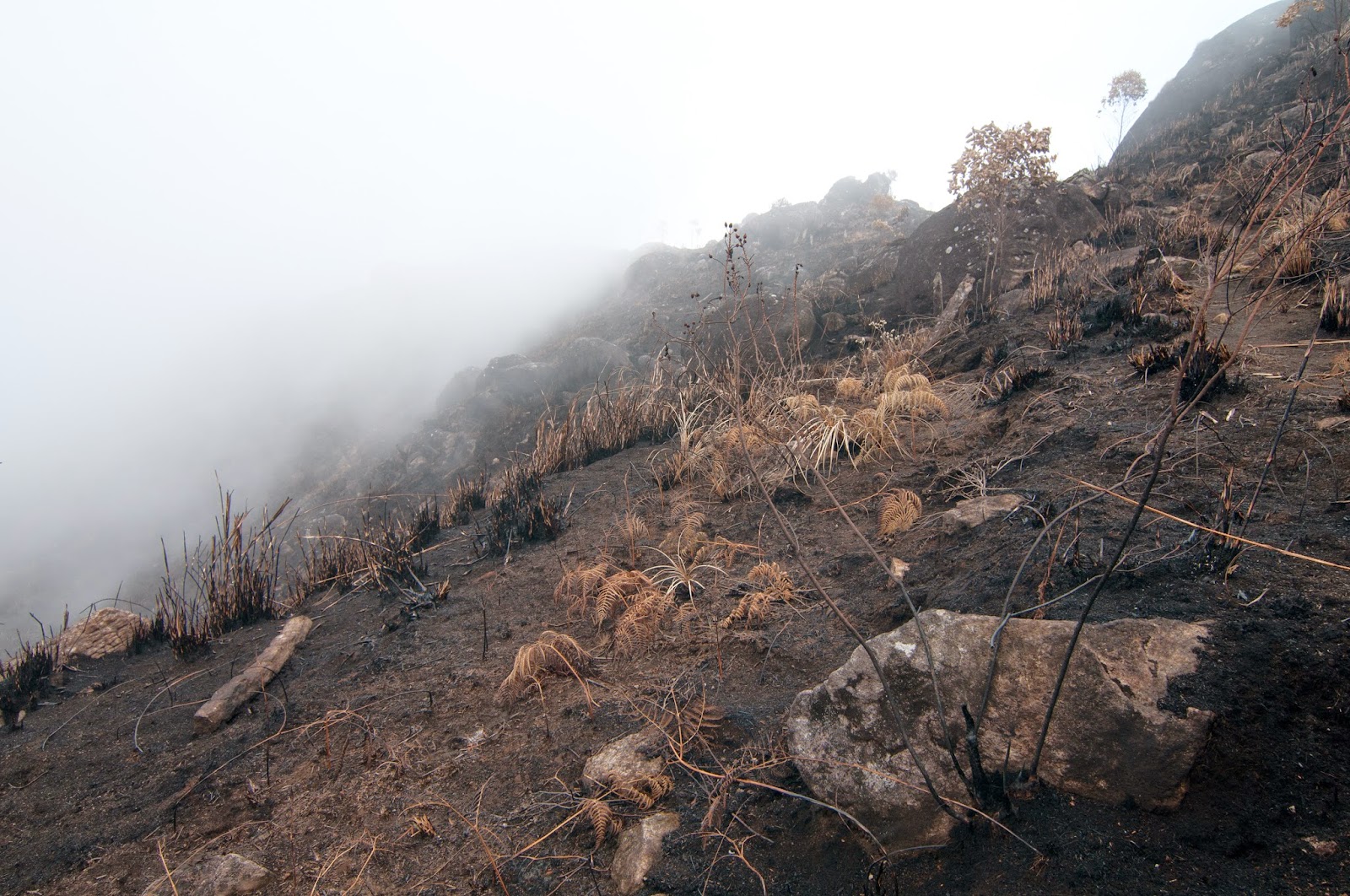 Having reached the top we were rewarded with a breakfast of tea, toast and fruit. I was about to ask where he was going to plug the toaster in when I remembered that the Indian definition of toast is a slice of bread that has been passed in front of a light bulb at some point in the last ten hours. I spent less time eating it than I did posing for this photograph: 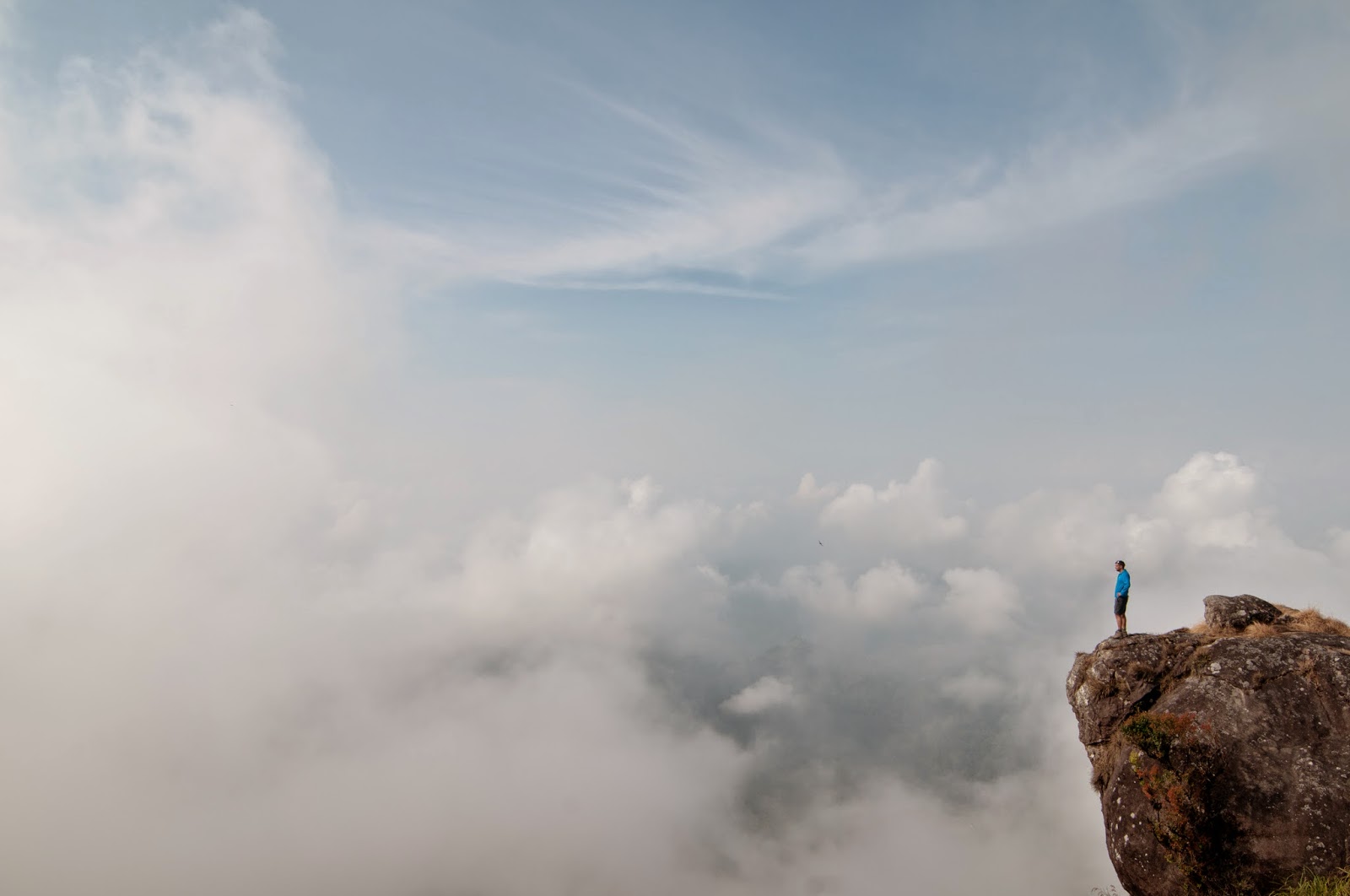 Looking back on this image later on, I wondered what it actually says about me. Alone, standing on the edge of nothing and somehow reveling in that isolation, proud of it. Wanting to see the world for myself, and share it, not with someone in the flesh, but through distant words and pictures. And all of them reaching for something intangible, transient, spiritual even, but never quite being able to grasp it.

After breakfast, we moped around on the granite summit. I found a comfortable looking spot and stretched out to rest. I thought of Hampi where I had laid on the warm stone in savasana, waiting for sunset. I quickly dozed off, enjoying semi lucid dreams as my mind flirted with consciousness. At some point I opened my eyes and crisp but wispy clouds were floating past at varying heights and speeds. Right there in front of me I swear I saw all seven continents of the Earth in near perfect formation, but the wind and their different trajectories had scattered them before I’d managed to take a photo.

Or maybe I just dreamt it after all. 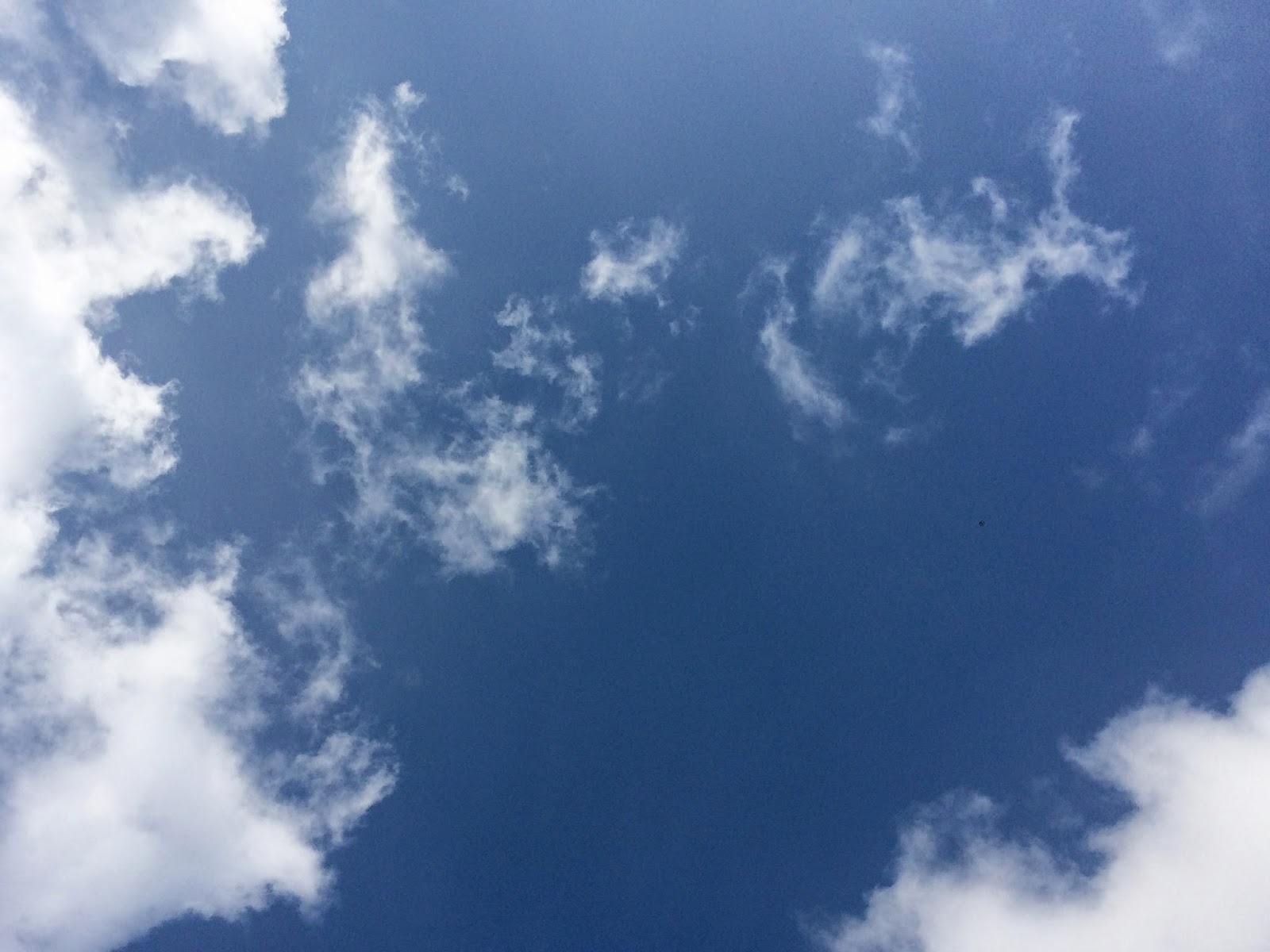