There’s a story in the Bible in which Jesus loses his rag with the merchants in the temple. It proves that we all have our breaking point, and even the Son of God is capable of having a Falling Down moment:

Jesus entered the temple courts and drove out all who were buying and selling there. He overturned the tables of the money changers and the benches of those selling doves.
Matthew 21:12

It’s a good job he didn’t visit the Meenakshi Ammam Temple in Madurai then - he would have gone absolutely apeshit. Hundreds of stalls are flogging everything from flowers and food to children’s toys (including replica guns and a board game called Businessman), and that’s before you get to the elephant that blesses people for a rupee in his trunk. 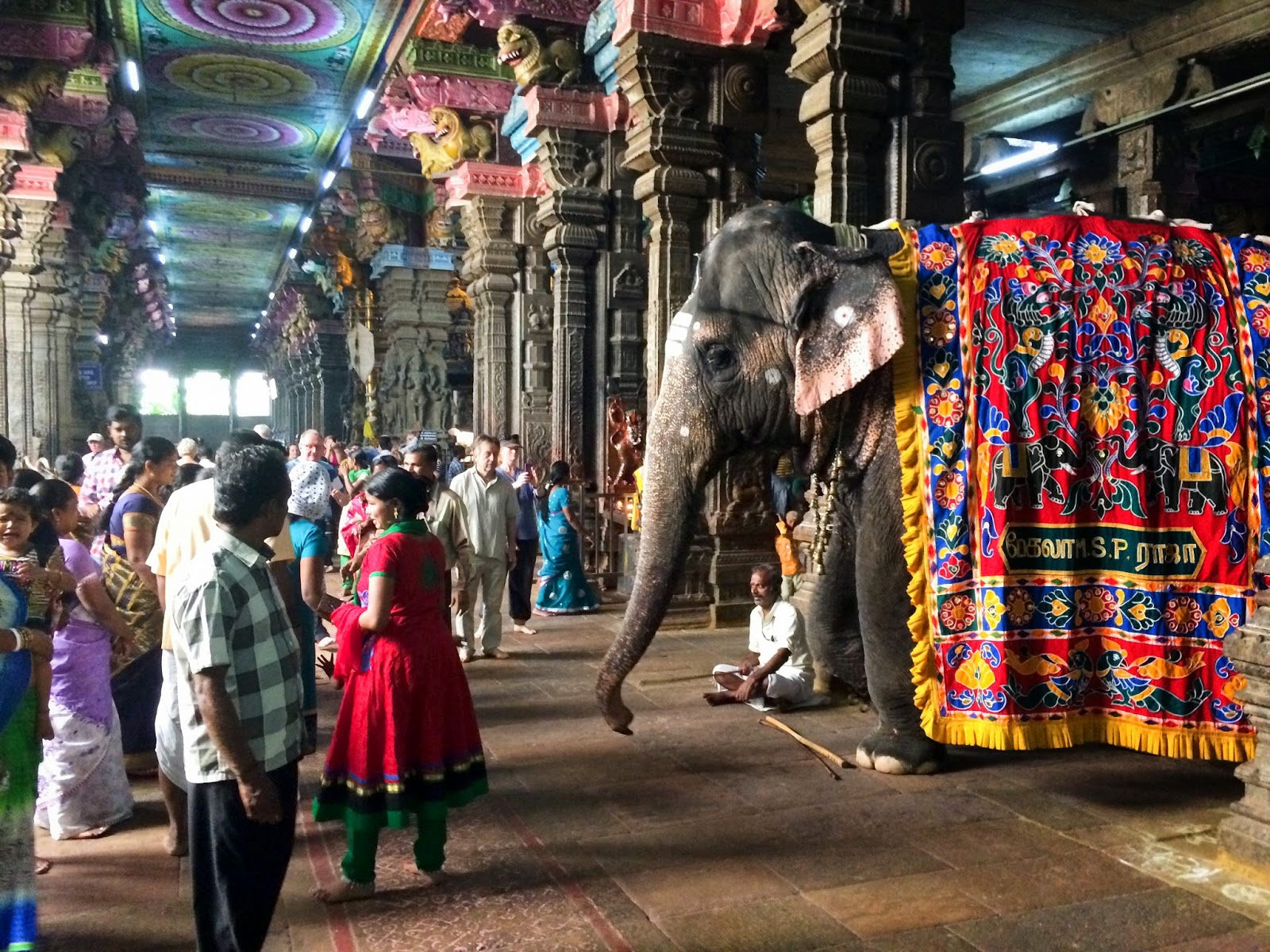 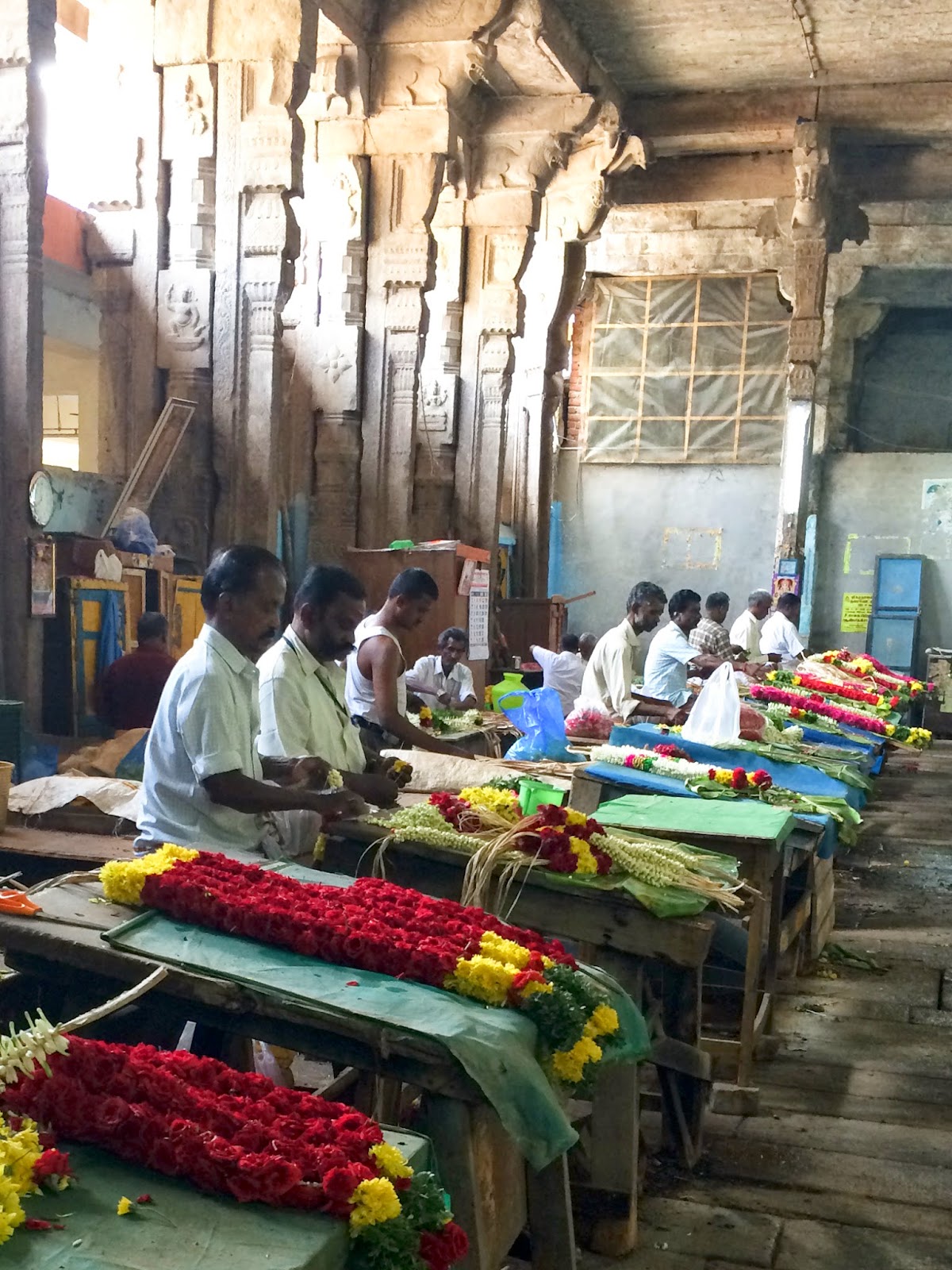 The Temple is actually a huge complex, covering six hectares, with twelve magnificent towers, or gopurams, innumerable shrines, statues and thousands of columns. And it isn’t in the centre of Madurai, it is the centre of Madurai; the modern city spreading out from here in a web of concentric squares, getting crazier and noisier the further you go. 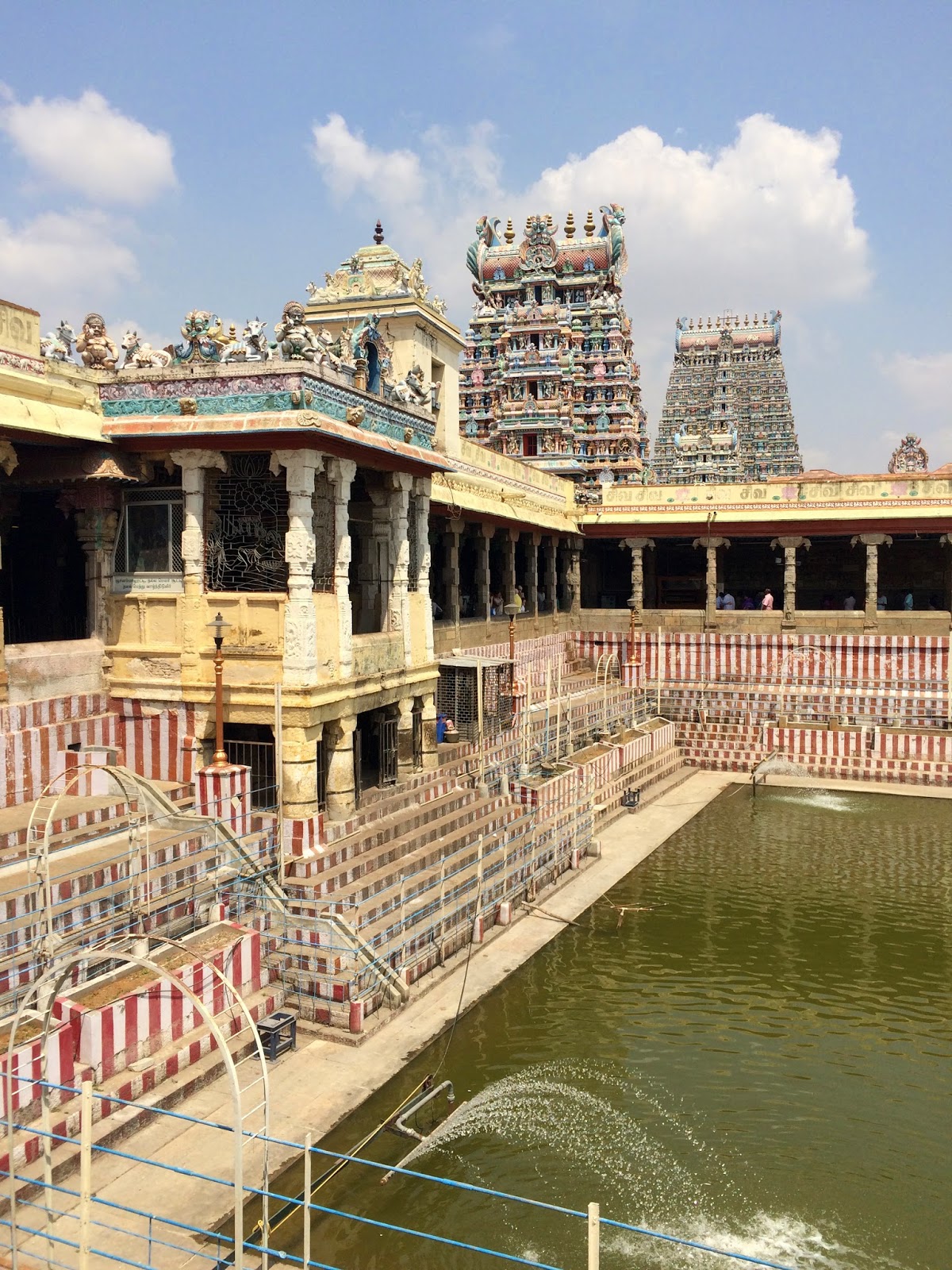 Madurai could be the perfect microcosm of Indian society – a thriving, bustling, dusty, commercial city, an IT driven economy, packed with humble, friendly, hospitable people, countless incredible eateries, and at its beating heart a Hindu temple whose history stretches back two thousand years. 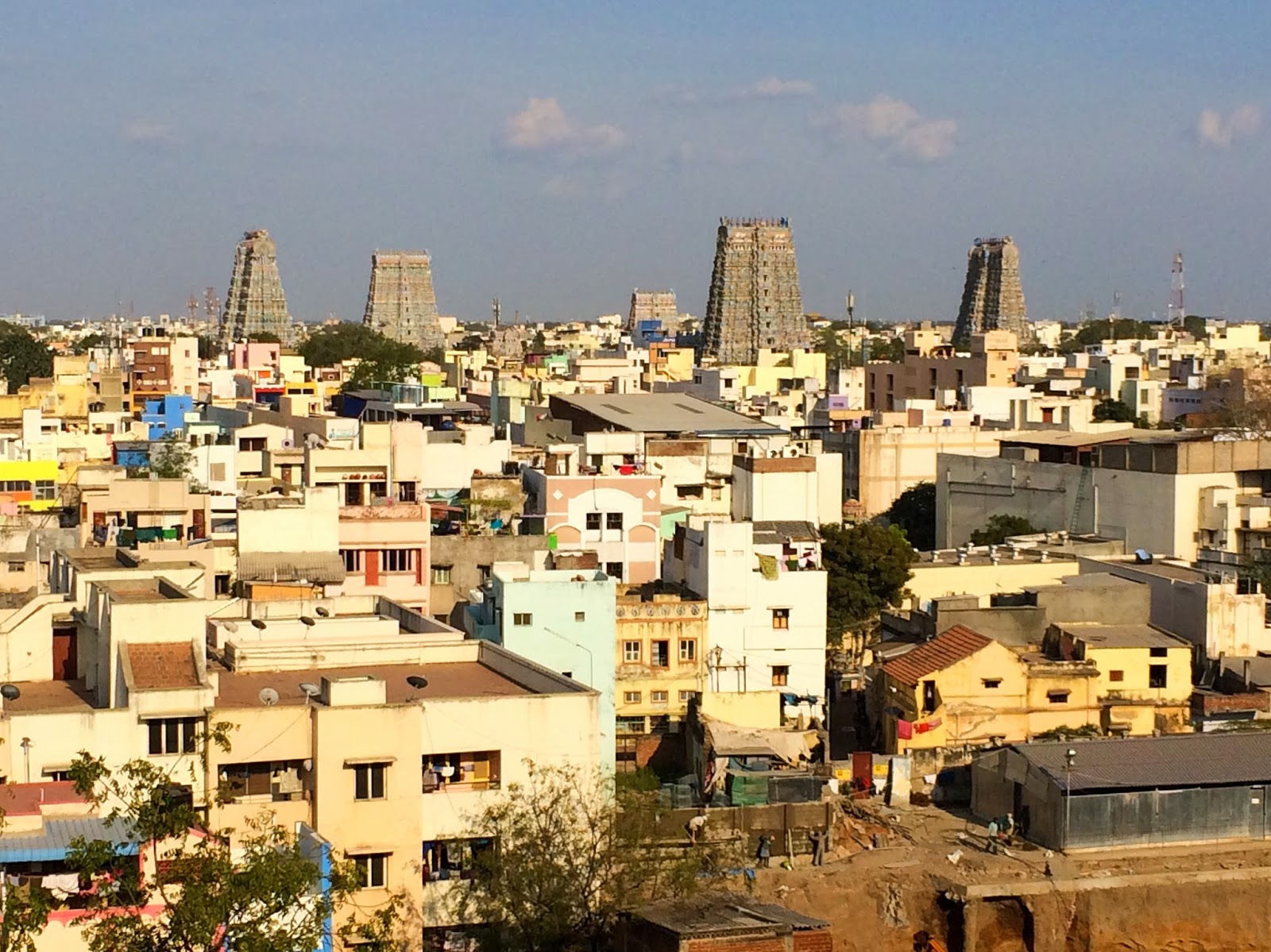 India is a deeply religious society, and 80% of the population are Hindu. As an atheist, I like the fact that Hinduism has no single founder or scripture and no commonly agreed set of teachings. And the more I read about him, the more I like the Hindu God Shiva.

There are three main Hindu Gods: Brahma, the creator of the universe; Vishnu, the preserver of the universe and Shiva, who destroys the universe in order to recreate it. He uses the powers of destruction and recreation to undermine the illusions and imperfections of the world. Destroying, not arbitrarily, but deliberately and constructively.

Thus Shiva is replete with contradictions: good and evil, ascetic and hedonistic. It is only his marriage to Meenakshi, in the form of Parvati, that brings him balance and control. Even the destroyer of the universe needs a good woman to keep him in check, it seems. For this reason, he is often worshipped in the form of the Shivalingam, (lingam meaning phallus), and there is a significant shrine to his penis in the Meenakshi Ammam Temple.

Apparently, Meenakshi had three breasts and, in accordance with prophecy, one of them melted away when she met Shiva. (His disappointment presumably tempered, if the statues are accurate, by the size and shape of the two that remained). Every evening a statue of Shiva is taken from his shrine to that of Meenakshi, where he spends the night with her, before being returned the next morning, and thus balance is restored to the force. Which is why the Meenakshi Ammam Temple in Madurai is so important to Hindus. 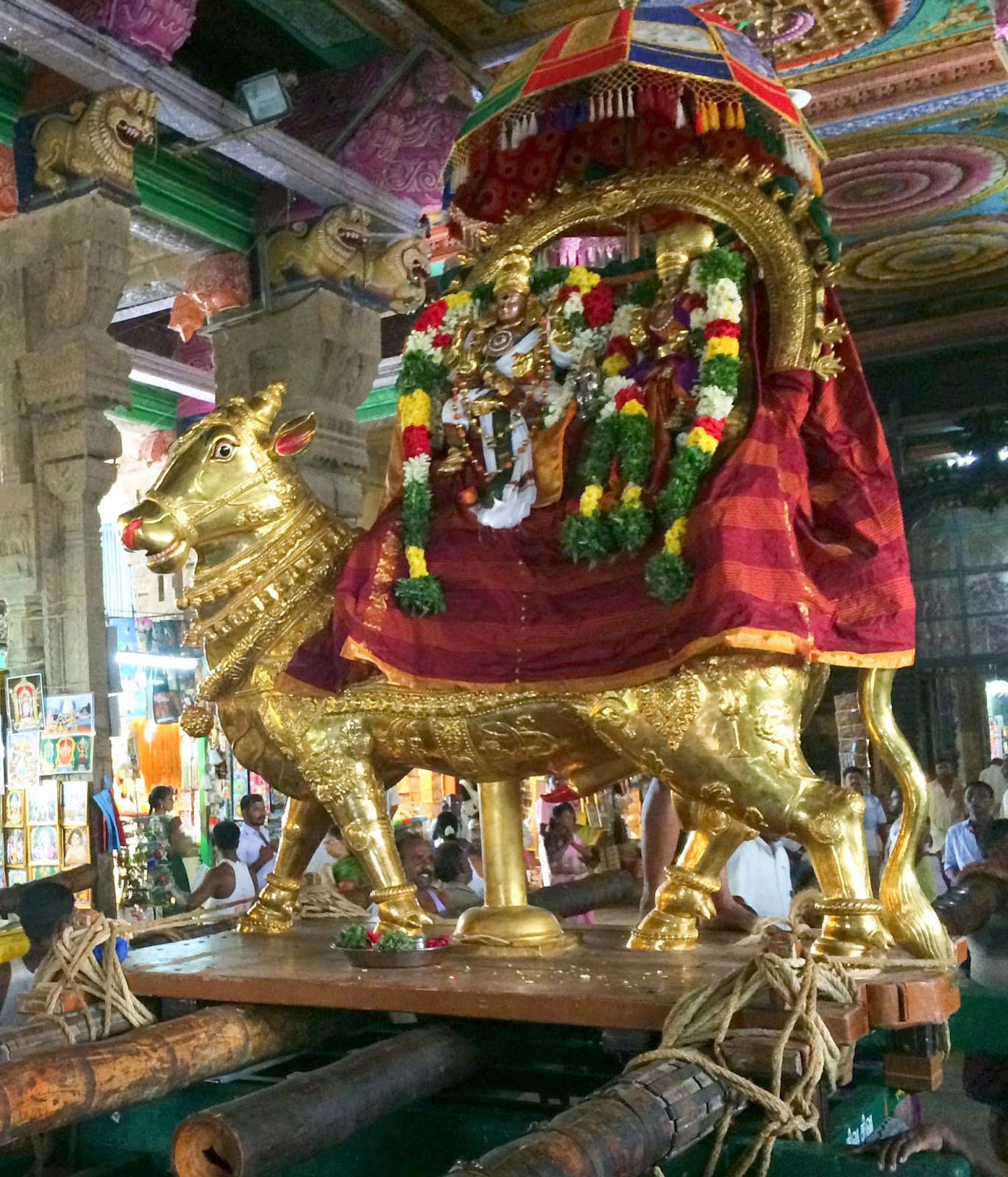 Bare legs are forbidden in the temple so I am wearing my lunghi, which it turns out isn’t a lunghi (because they’re not allowed in the temple either) but a dhoti. I’m too confused to argue. I’m stopped every five yards by people wanting to take my picture, including these guys, with whom I have to pose individually as well as in numerous group shots. When I tell them it’s 10 rupees a photo, they’re not immediately sure if I am joking. 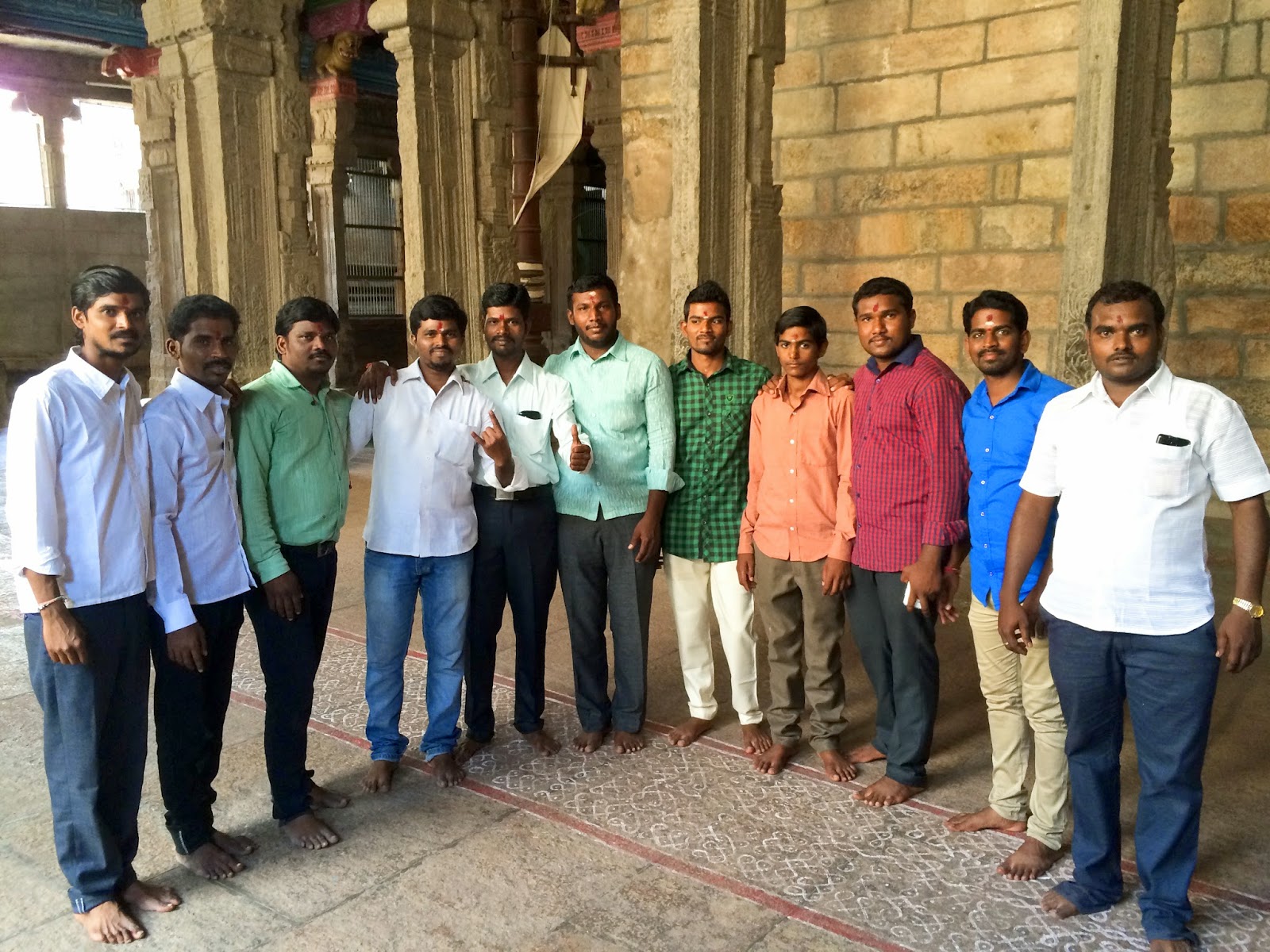 Shortly after I stand still long enough (about one tenth of a second) to attract an offer of a guided tour, and since I am wandering about aimlessly anyway, I decide to break with protocol and accept. I still haven’t caught his name at the third time of asking so you can imagine what it’s like trying to follow his lengthy explanations of the multiple Hindu Gods and their relations to one another, nodding sagely as I descend faster and deeper into complete and utter bewilderment.

All this talk of people and Gods being elephants, monkeys, peacocks, having giant penises, three breasts, multiple incarnations: it all seems a bit far-fetched to me. Not wishing to undermine the devotion of the wonderful people here but, as in all religions, these are stories. They are a way of explaining the world, of passing down culture, tradition, morality and philosophy through the generations. They are a means of understanding the world we live in, the universe it is a part of, and the transience and impermanence of our lives.

There are nineteen major religions on Earth, subdivided into two hundred and seventy large religious groups and smaller ones numbering over four thousand. Hinduism is an umbrella that covers all kinds of beliefs and practices, and there is a strong tradition of irreligion in India, with many considering themselves to be Hindu atheists.

And if you remember that by believing in one God, you refute all the others, then of course we’re all atheists anyway, aren’t we?
Posted by Joe at 22:32