I half expected Pondicherry to resemble some lost arrondissement of Paris, grafted onto the skin of Southern India. Wide boulevards lined by bougainvillea clad mansions, the smell of freshly baked baguettes wafting through their open windows, titillating lingerie drying in the breeze and an adulterous husband scuttling down a nearby drainpipe.

The promenade looks vaguely French, though it's not exactly les planches in Deauville. In the evening, by the light of a full moon, children are clambering around the statue of Gandhi and the throngs of people are eating street food from a nearby market, walking hand in hand, or queuing up to have their photograph taken with yours truly. 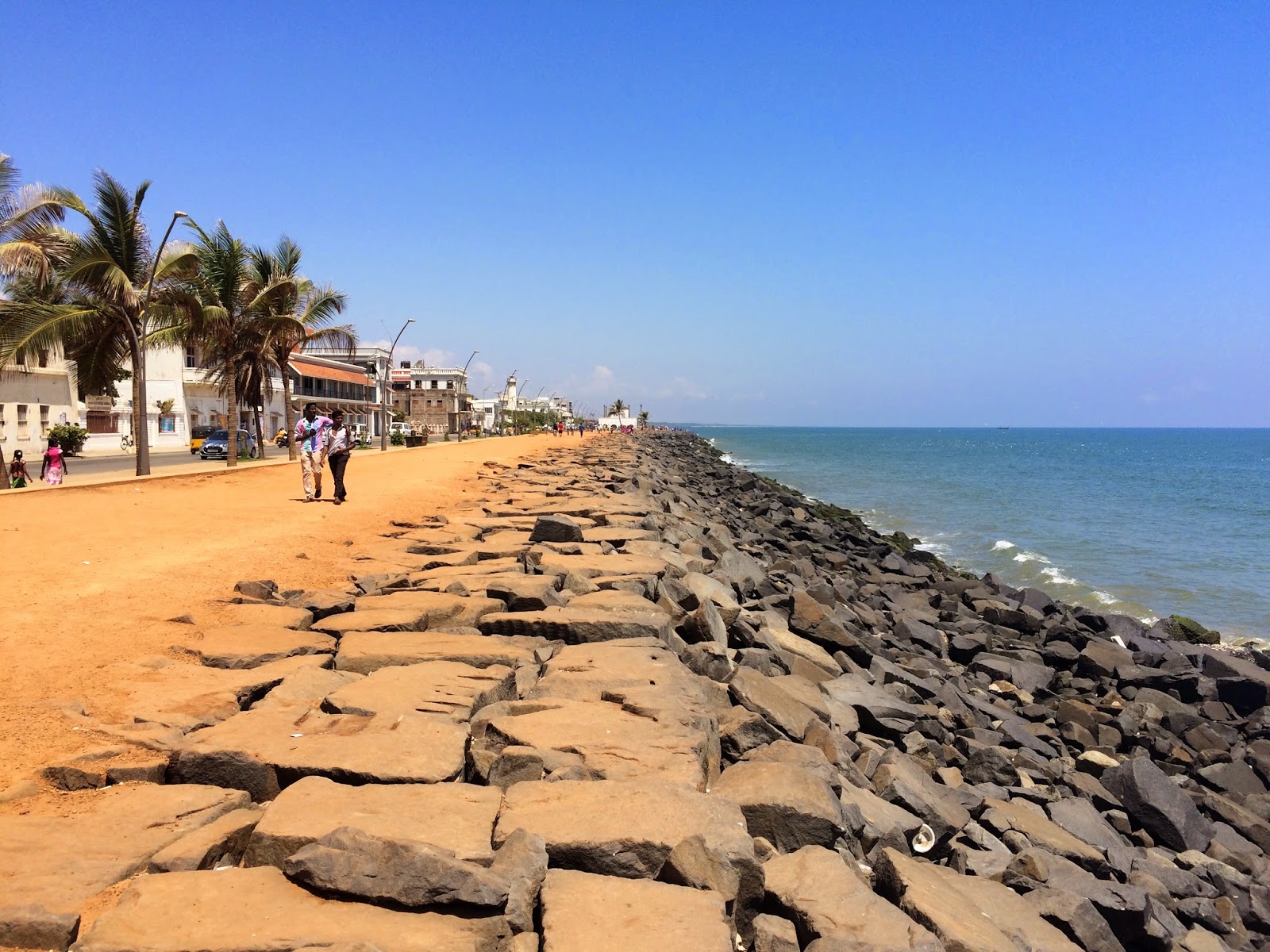 The map reveals the French influence as a grid of streets emanates from a beautiful park in the centre of the old town. The first few blocks away from the coast constitute the French Quarter or, in a brilliantly casual turn of colonial racism, the Ville Blanche. Blossoming flowers clamber over classical villas, painted mustard, pink and blue. Some of them are in wonderful condition, the rest in varying states of decay. 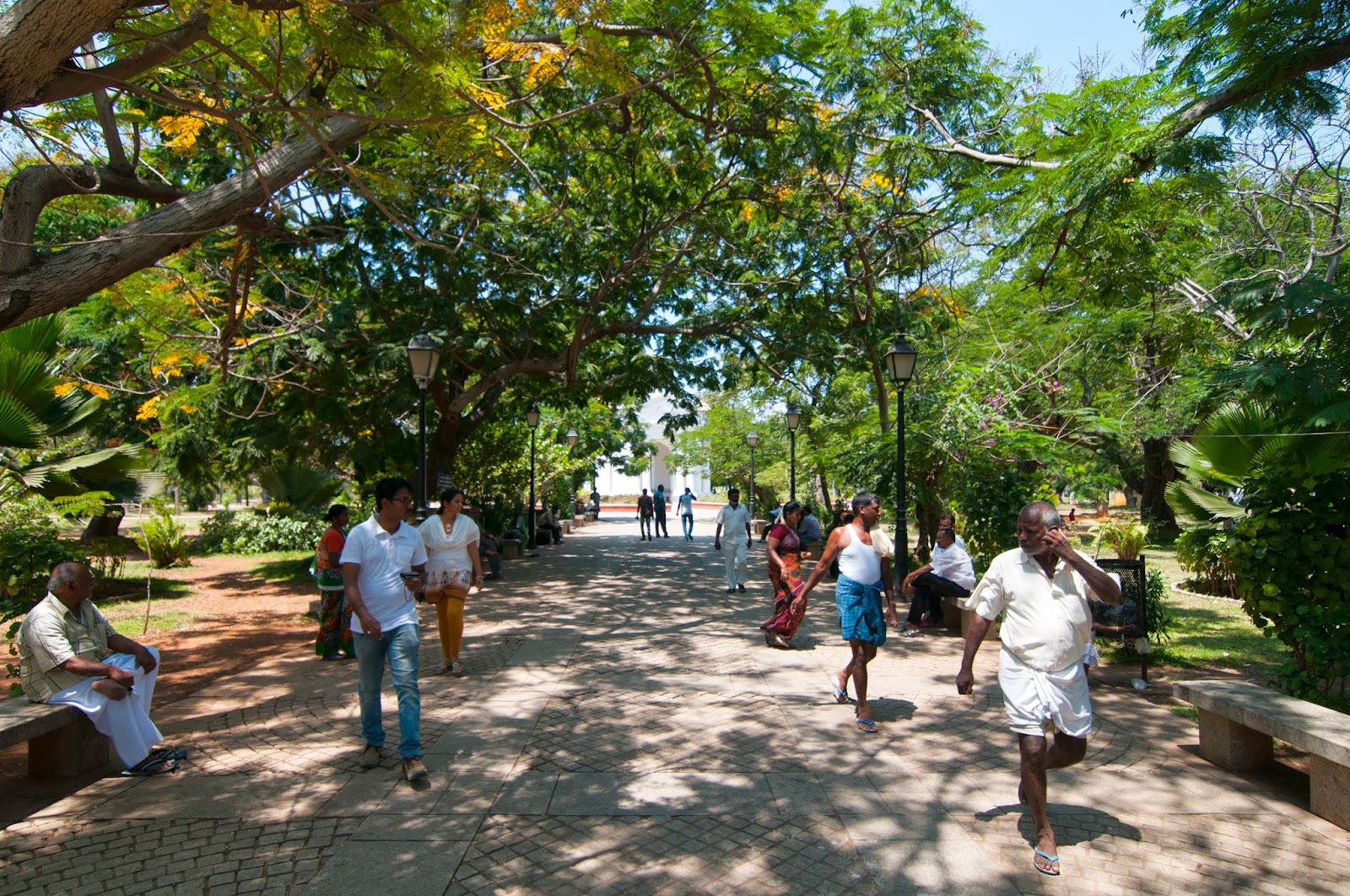 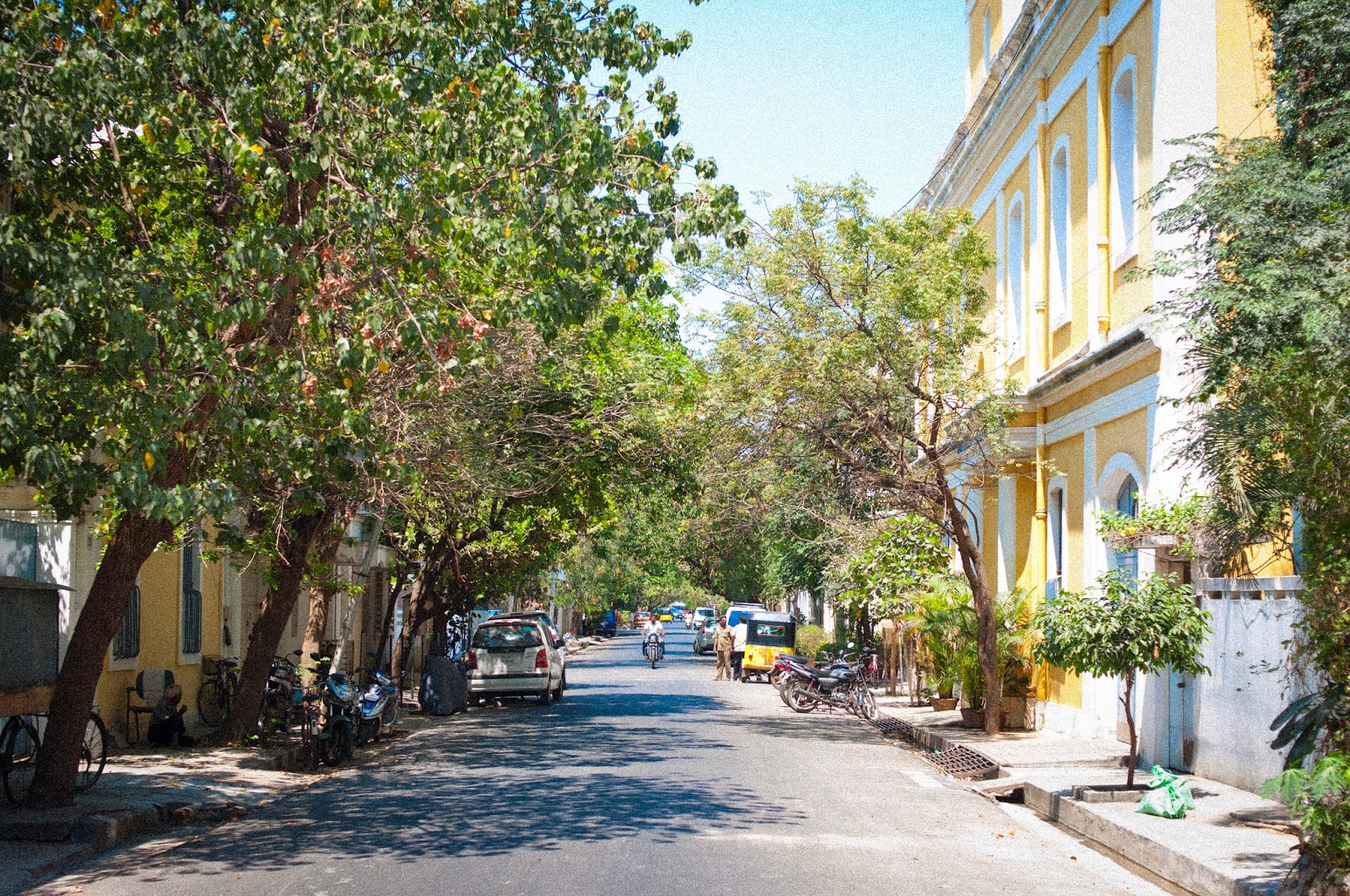 A few blocks back from the seafront, a canal demarcates the town, the quaint Ville Blanche to its east, the Tamil Quarter, or Ville Noire to the west. In case you were in any doubt as to the transition this might presage, the “canal” emits the putrid stench of standing water, combined with whatever else happens to be floating around in it. One road is somewhat romantically called, “Rue du petit canal,” but there can’t be a street anywhere in the world whose name conjures up an image so distant from its reality. The other side is real India: chaotic, noisy, dirty, disorientating and irresistible. 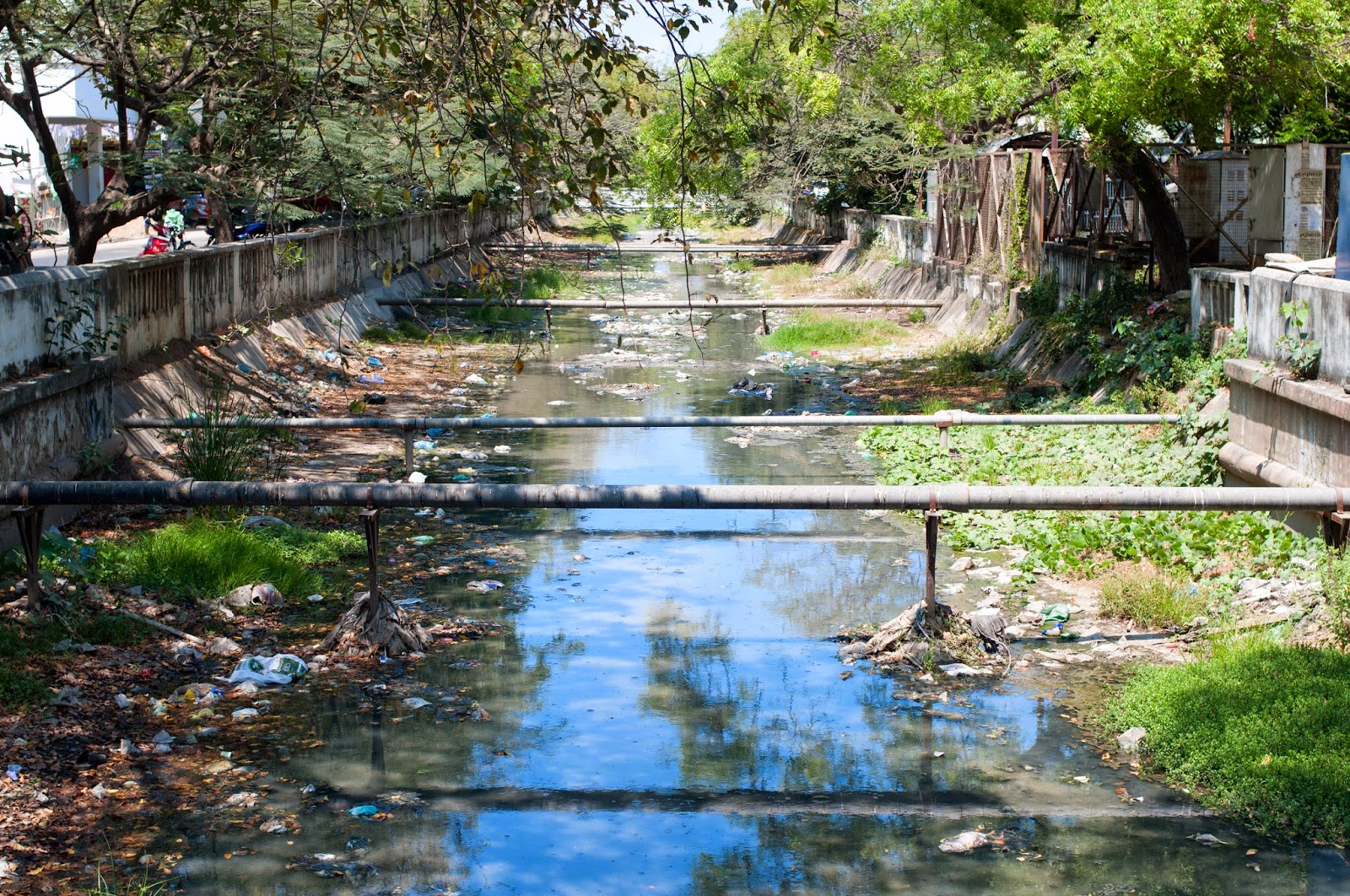 You might not be able to smell the patisserie over all of this, but you can taste it. Down on the waterfront I ate the kind of croissant one usually finds in British service stations in the middle of the night. The only thing French about Le Café, aside from the name, was the staggering indifference of the waiter to my presence. When I deliberated for a nanosecond during my order, he disappeared for ten minutes.

Things improved dramatically elsewhere though. The decidedly un-French sounding Baker Street is a slick looking place, on the Indian side of the canal, and their croissants, pain au chocolate and pain aux raisins are of the highest quality. The coffee is pretty decent too, though not as good as the espresso in Auroville, which had imbued me with a renewed optimism about the possible quality of European food and drink as I strode confidently out for dinner.

I learnt a few things that night. I learnt not to eat beef in India, for culinary reasons, not cultural ones. I learnt that the guys in Villa Shanti can’t make a proper martini, and that you should never, ever, be tempted to try the wine. They only actually had two of the wines from their impressive looking list, and the first of them tasted like something you would expect to find bubbling around the outside of stainless steel vats in a Bond villain’s secret laboratory. Sensing where this was going, I suggested just a sample of the alternative. Sample was the operative word here - the faintest twinge of urea mixed with rancid sherry that’s been in your grandmother’s drinks cabinet since the end of the war. A thimbleful is too much for anyone, and I gestured for another Heineken.

The following morning I went out early to run it off. I headed inland and before long had crossed another “canal,” far more pungent than the first, that heralded yet another transition: a stride further into the darker side of town. The road was lined with people sleeping, early morning market stalls, and piles of rubbish. I turned south, over the railway line and, no idea where I was going, snaked my way through some decidedly Indian backstreets; attracting puzzled looks and friendly hellos from the people as they spat toothpaste, phlegm or blood into the gutter from the thresholds of their tiny homes. Poverty prickled my sweaty skin.

Eventually I made it to the promenade, where the people were neatly turned out for their morning stroll. Women in beautiful saris “jogged,” portly men in trainers walked briskly or stretched leisurely. My run had taken me through two Indias, it seemed; one in darkness, one in light. One subsisting, the other aspiring. 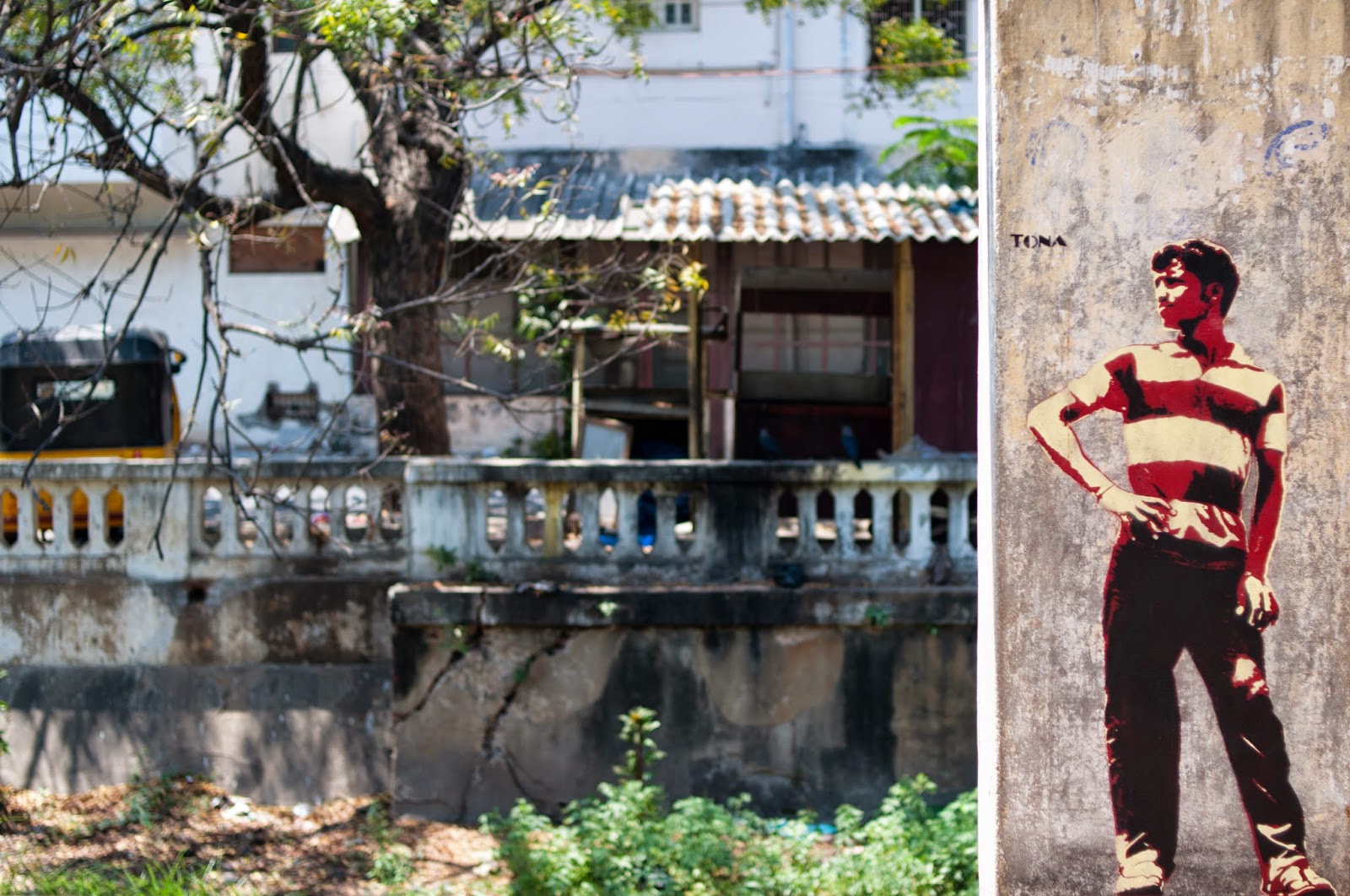 I ran the length of the promenade several times. I watched people who had slept on the beach emerging from the cocoons of their dirty blankets, mangy dogs walking nonchalantly among them, as I picked my way through the strolling masses. One India then, not two. And not split by canals, or street names, or divided into black and white. Rather one sprawling, swirling galaxy of people, all on different trajectories, propelled by different beliefs, motivations and desires. Some of them you see, some of them you don't.

When I looked out to sea I saw a strange cluster of sticks puncturing the surface of the water where some platform or other must once have stood. I thought of WG Sebald's The Rings of Saturn and remembered how transient all of this is anyway. 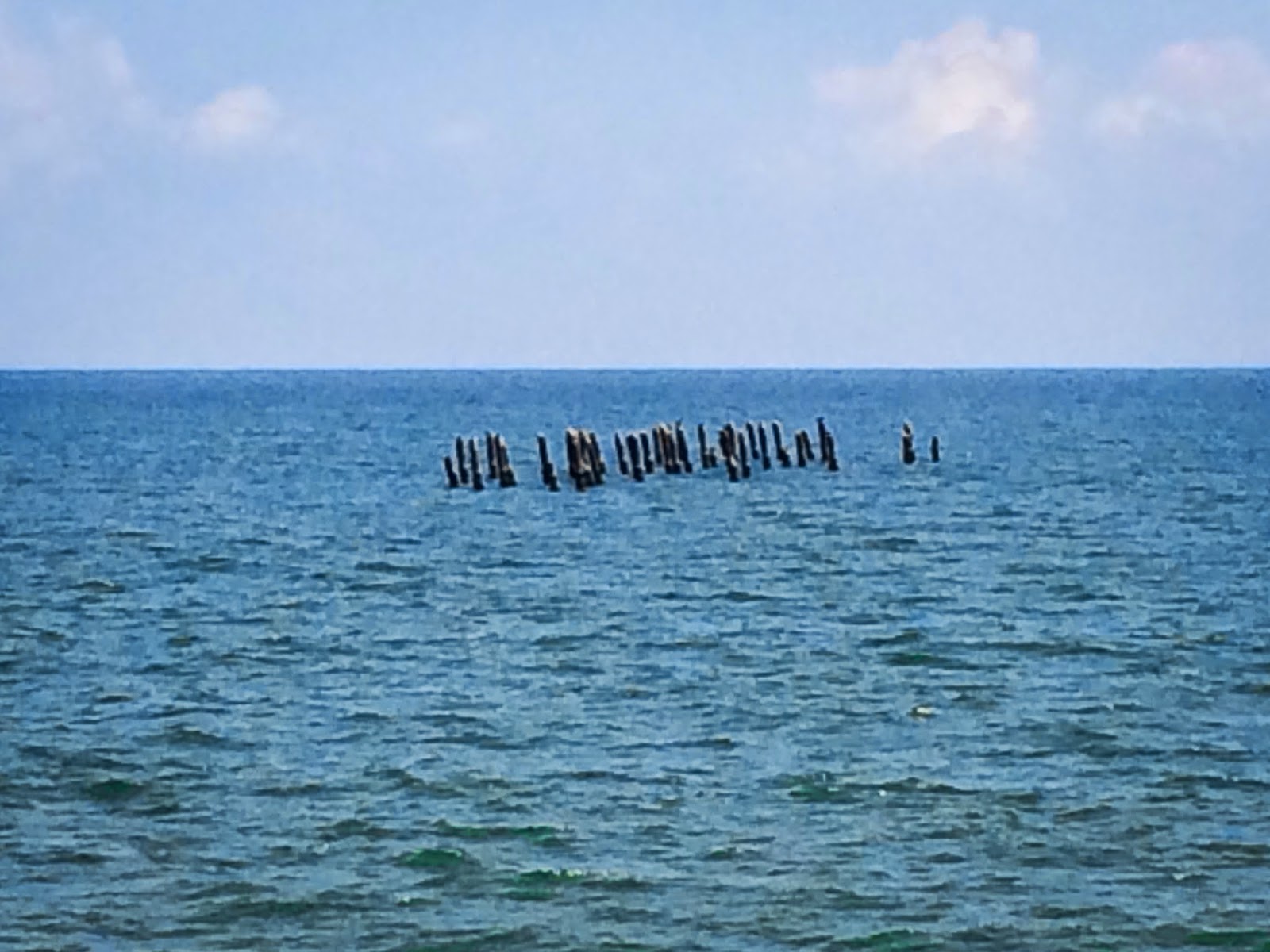 When I got back to the homestay I jumped in an ice cold shower, because after all that running, the sweat was pouring from me, and I was fucking hot.