Western Uruguay really does look like England. In between the towns that is. After two hours of green fields, tractors and acres of rapeseed, I have a couple of hours to kill in between buses in Mercedes.

There's not a great deal going on here, though it's charming enough. I was toying with the idea of spending the night, but thought better of it. After an hour or two, I think it was probably a good call. The town rises away from the bus station, reaches a crescendo around the Plaza Independencia, then falls away again to the river, and the widest costanera in the whole of Christendom.

I stash my bags at the station and walk the ten blocks or so into town. It is still bloody hot, and the clear blue sky persists. The town itself is awash with colours. It's begging for photos. A perfect opportunity to put my new compact to the test. 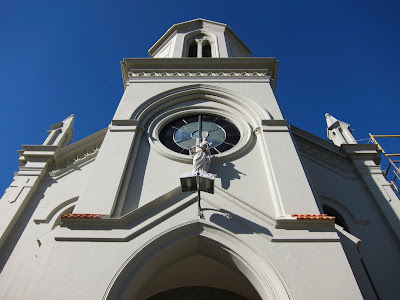 Missed the name of this church on the walk through town 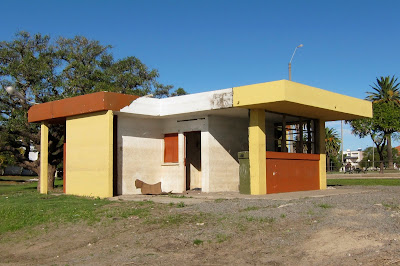 Disused building on the riverbank 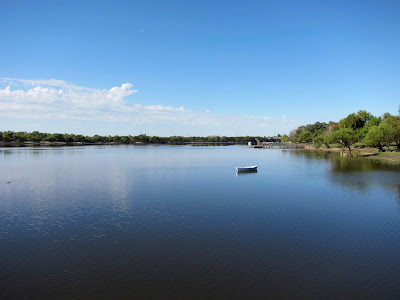 Amazing colours looking upstream along the Rio Negro
The little camera is turning out some awesome shots. Maybe I can survive with a compact after all and leave the SLR at home. I decide to put it's sun shooting skills to the test: 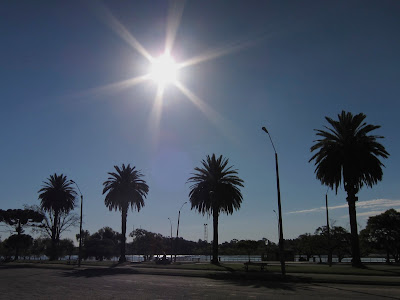 It looks like I'll be lugging the D300 around the world with me for a little while longer. Still, not a bad effort for a baby. I wander back towards the bus station and capture some of the colours, murals and graffiti. 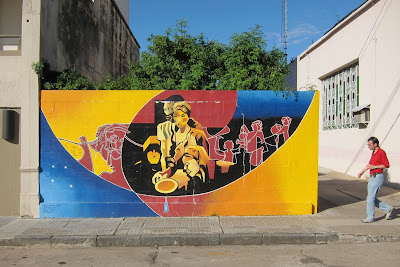 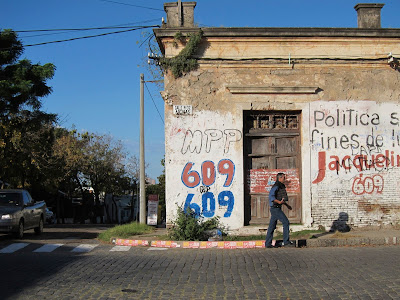 It has occurred to me that everyone in Uruguay seems so nice, I wonder if there are any assholes here at all. A few blocks later, a graffiti artist responds in the affirmative by eloquently scrawling all over a peace mural. Oh well, nowhere's perfect I guess. 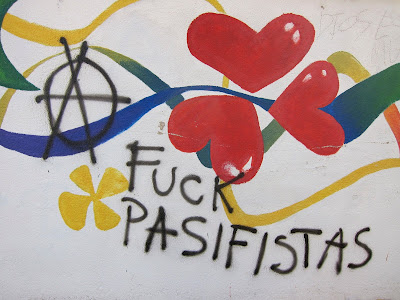