After the cockroach infested, damp shithole I stayed in the other night, and in a shameful betrayal of the 'traveller' in me, I checked myself into the Gran Hotel Fray Bentos. The 'Gran' is probably stretching it, but at least the 'Hotel' bit won't bring the trade description guys knocking.

This morning I headed for the Museo de la Revolución Industrial early doors. Barrio Anglo, where the meat packing plant once thrived, is a fair walk from the main town. It's a beautiful stroll along the riverfront here, and it takes me ages since I can't stop taking photos. I think it's the wavy lines. 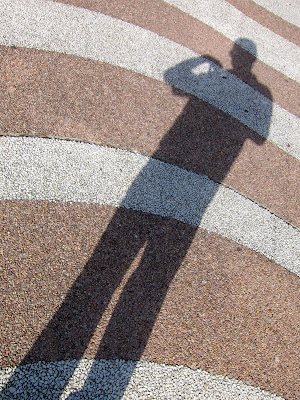 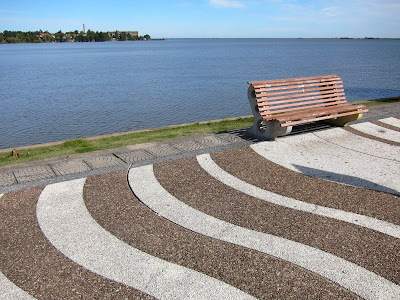 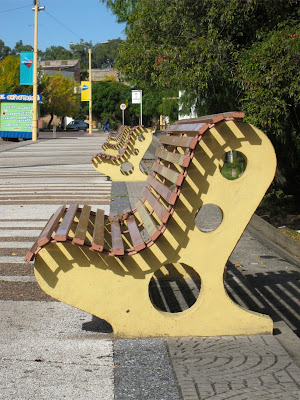 Fray Bentos feels different to the last couple of towns I've been to in Uruguay. Whereas they were bustling, lively and busy, here I just can't seem to find that many people. Even the Rambla was very quiet, though the few people I did see all offered a cheery hello. I thought maybe it was a holiday or something. I wandered further through the town, dotted with leafy parks and open spaces, which doesn't help the sense of emptiness. 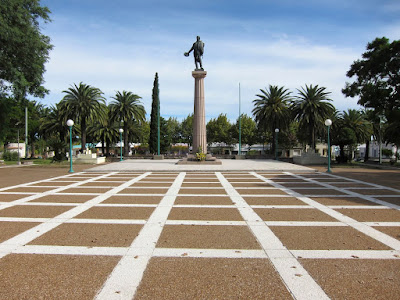 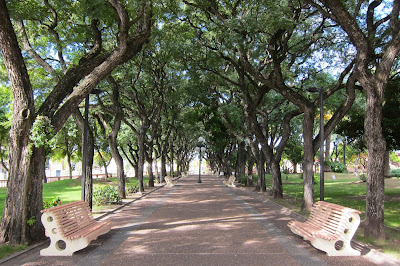 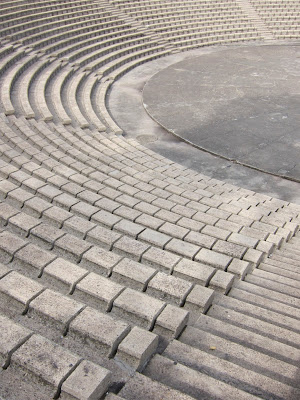 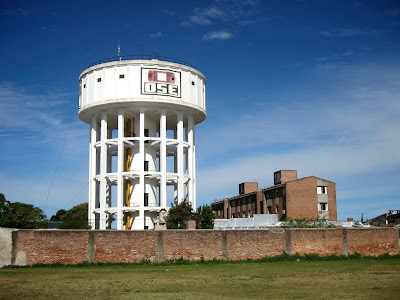 .... or here
Looking for a restaurant is a tricky business. The places I found on the internet have either shut up shop or gone for good. Last night I went out for dinner around ten - prime time. There were a few punters in Treinta y Tres, the little joint I finally found, but the streets themselves were deserted (save for a couple of ferocious perros that hounded me for a block or two). I scouted a couple of places this afternoon, but again, when I got there they were shut. Two of the three open places were empty. Despite all this, I really like it here. It's a beautiful town; leafy, spacious and clean. The people, if and when you see them, are remarkably warm and friendly.

I decided to write two entries on Fray Bentos; one on the meat packing and its history, the other on the town, but I'm not convinced that the two are that easily separable. Thirty years ago, Fray Bentos suffered a massive shock - the business that had sustained the local economy for 117 years, ceased production. You can't help but get the feeling that it has never quite recovered. The preservation of the site as a museum only adds to the sense that this is in some ways a ghost town.

This situation is exacerbated by an unprecedented dispute with neighbouring Argentina. Puente General San Martin, the bridge that connects the two countries just outside Fray Bentos, and the only river crossing for 200km, is closed, and has been on and off for the last five years. It is blockaded by residents of Gualeguaychú, Argentina, in protest against allegedly pollutant paper mills being built on the Uruguayan riverbank. It is a staggering situation between two normally amicable governments.

The effect on Fray Bentos is clear - without the passing trade, tourism and freight, the place is in danger of drying up. In a cruel irony, the grand old Río Uruguay that 150 years ago transformed a sleepy little village into a thriving commercial town, is the very thing now isolating it as it tries to rebuild. If agreement isn't reached soon, judging by the state of the place, it's in danger of being suffocated for good. 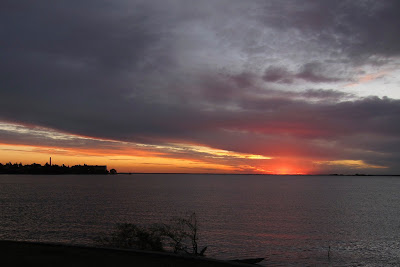 Sunset over the Río Uruguay
Posted by Joe at 20:21