Combine the words Fray and Bentos and you tend to think of tinned meat pies. Ever wondered where the name came from? Spanish for reclaimed meat? Nope. They took it from the town that kept Europe in corned beef and oxo cubes for more than a century and fed the Allies long enough for them to defeat the Nazis in World War II. 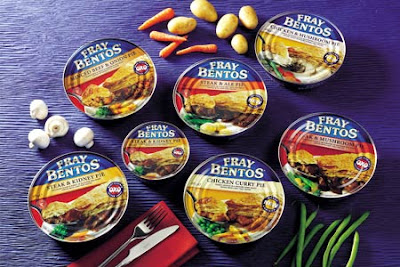 Mmmmm....de-li-cious
In the middle of the 19th century, a crazy German invented a method for compressing 2lb of beef into 1oz of extract. With British financing he opened a processing plant on the Rio Uruguay utilising all the spare meat that was lying about. With it came the Industrial Revolution. All the latest innovations from Europe arrived, and Fray Bentos had electricity three years before anywhere else in Uruguay. 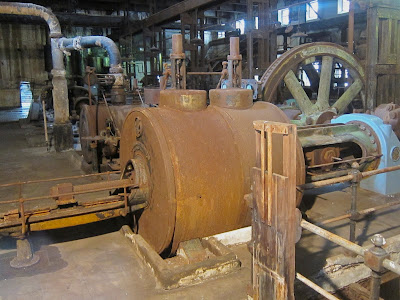 I'm guessing the rust is new
They soon expanded (or is that compressed) into corned beef under the Fray Bentos name, and lower grade extract that was later trademarked oxo, along with 200 sub-products. After the Great War, the German sold out to British interest and the company was renamed El Anglo. The flow of cheap, quality meat was especially important during the war, and Fray Bentos effectively became the kitchen of free Europe. It had the largest meat packing plant and refrigeration unit that has ever existed. Today it is a museum, which is how I came to know all this crap. Amongst the interesting industrial artefacts, the highlight for me was a two headed calf preserved in formaldehyde. Presumably the rest of it ended up as oxo cubes. 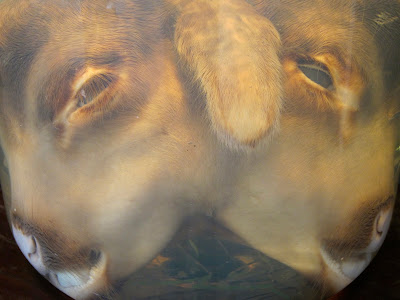 And you thought corned beef was good for you 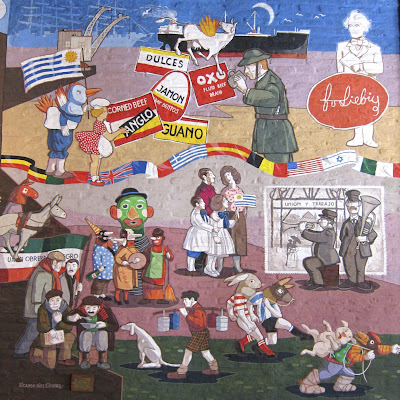 A mural usefully depicts how it all worked

A small town evolved around the plant, now known as the Barrio Anglo. It had its own hospital, even its own crematorium (for those who got too close to the machinery?) Walking around the giant building, you can only imagine what it was like in its heyday. Huge deep keeled ships rolling up the Uruguay to the enormous warehouse. The town within a town, bustling with workers and their families from all over the world. And the smell - one can only wonder. There's not much left of all that now, just a few ramshackle buildings and the old wharf in tatters. But the frigorifico is still standing, and at least they're trying to keep their history alive. 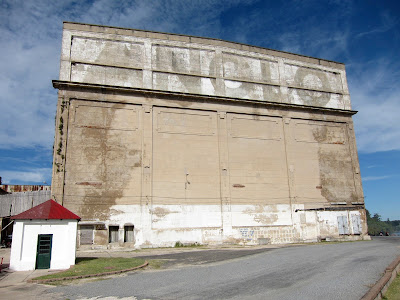 Once the world's largest refrigerator 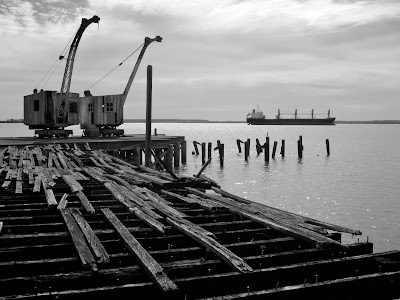 Hard to imagine it a hundred years ago
Posted by Joe at 16:46