The best way of avoiding making a decision is just to get the hell out of its way. So here I am.

I don't generally like new year's eves, but they do afford one the obvious opportunity, obligation perhaps, to reflect upon the previous twelve months. They also sharpen your focus upon the last one, and force you to join the dots. A year ago I had that moment standing on a balcony of a beautiful holiday home in Fairhaven, down the Great Ocean Road in Victoria, Australia. I gave myself a year to sort things out.

This year, feeling bloated and suffering from a massive sugar crash having consumed Tunisian orange cake, Tuscan plum tart, tiramisu and sticky toffee pudding, all my own creations, for dessert, I strolled outside for a breath of fresh air. Leaning on the gate and staring out into a beautiful, cold night's sky in deepest, darkest Somerset, I decided I was probably only halfway to being where I want to be. If it took me a year to get halfway, I'd better have one more to take care of the rest. So that's what I did. I deferred the great decision for twelve months, and resolved to hit the road. A food odyssey to prepare me for the great unknown.

A day later I'd booked the first one-way flight of my life and I am out of England before the Christmas trees come down. The plane just about managed to take off before the snow really bit, though we did have to taxi back to the gate for our wings to be de-iced. As we eventually powered up the runway through the horizontal snowstorm, I can't say I had any reason to regret my decision. My last meal in England was at Dining Street Restaurant at Heathrow terminal four. I say meal, but I'm sure that could be struck from the record on a technicality. Next time I'll get my dinner from WH Smiths.

What delights could Royal Air Maroc afford me by way of plane food? Lamb tagine? Couscous? No. Unidentifiable "meat" and "cheese" wedged between Chorleywood's finest. Things, as they say, can only get better.

They did get better. Riad Tanja is hidden away near the American Legation Museum. It's not cheap by Tangier's standards, but the food was incredible. A range of vegetable starters included shreded squash in honey with almonds, carrot in star anise with chick peas, dried figs with chicken liver, courgettes with rosemary and aubergine with almond paste. The soup a l'orange was creamy but light and the main lamb tagine with caramelised quince could not be faulted at all. Proper food at last.

It rained all last night. I'm travelling with my Australian friend Lindsay and his folks, Pen and Al. Pen and Al are staying at the upmarket La Tangerina. Linds and I are, well, downmarket I guess. Our room at the Hotel Mamora (cheap but clean says the guide) is in dire need of dehumidification and even my jokes and dry chat have failed to have any impact. For comfort, we have decamped to the lobby at La Tangerina, which befits its room rate and has wi-fi.

Tangier itself is hard to pin down. French, Spanish, Arabic, but none really in the ascendency. The old town, or Medina, is a labyrinth of narrow streets, bazaars, shops selling leather coats, carpets and assorted tat. The occasional friendly Moroccan demonstrates his English - the last guy's offering of "Fish and chips, bread and butter, Woolworths" almost brought me to inform him of the latter's sad demise but I thought better of it. 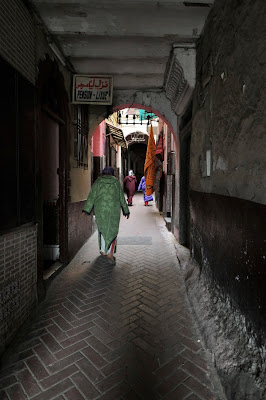 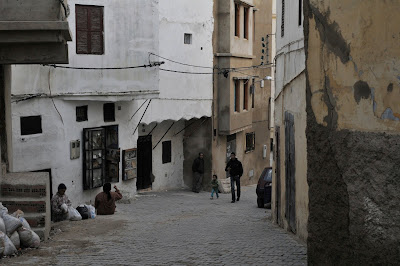 None the less, it is a good place; friendly, hospitable and diverse. And with a rich literary history thrown in for good measure. But best of all, it is a gateway - the entrance to Africa for countless Europeans throughout history. The start of many a journey then, and an ideal place for this one to begin. 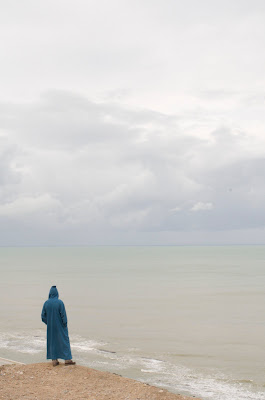