Wherever you go in the world, people are drawn to the sunset. They climb, walk, scramble, and jostle for position, huddle to watch it together or seek out the space to enjoy it alone. But they always head towards it, walking west, as the world beneath them turns slowly away.

From Varkala there is no west, just the vast, endless sea. So calm and flat that you can’t imagine not being able to walk across it, and sense the curvature of the Earth gently sloping away in your peripheral vision. The light is pure and crisp and the horizon cuts across the day like a fold in a sheet of paper. 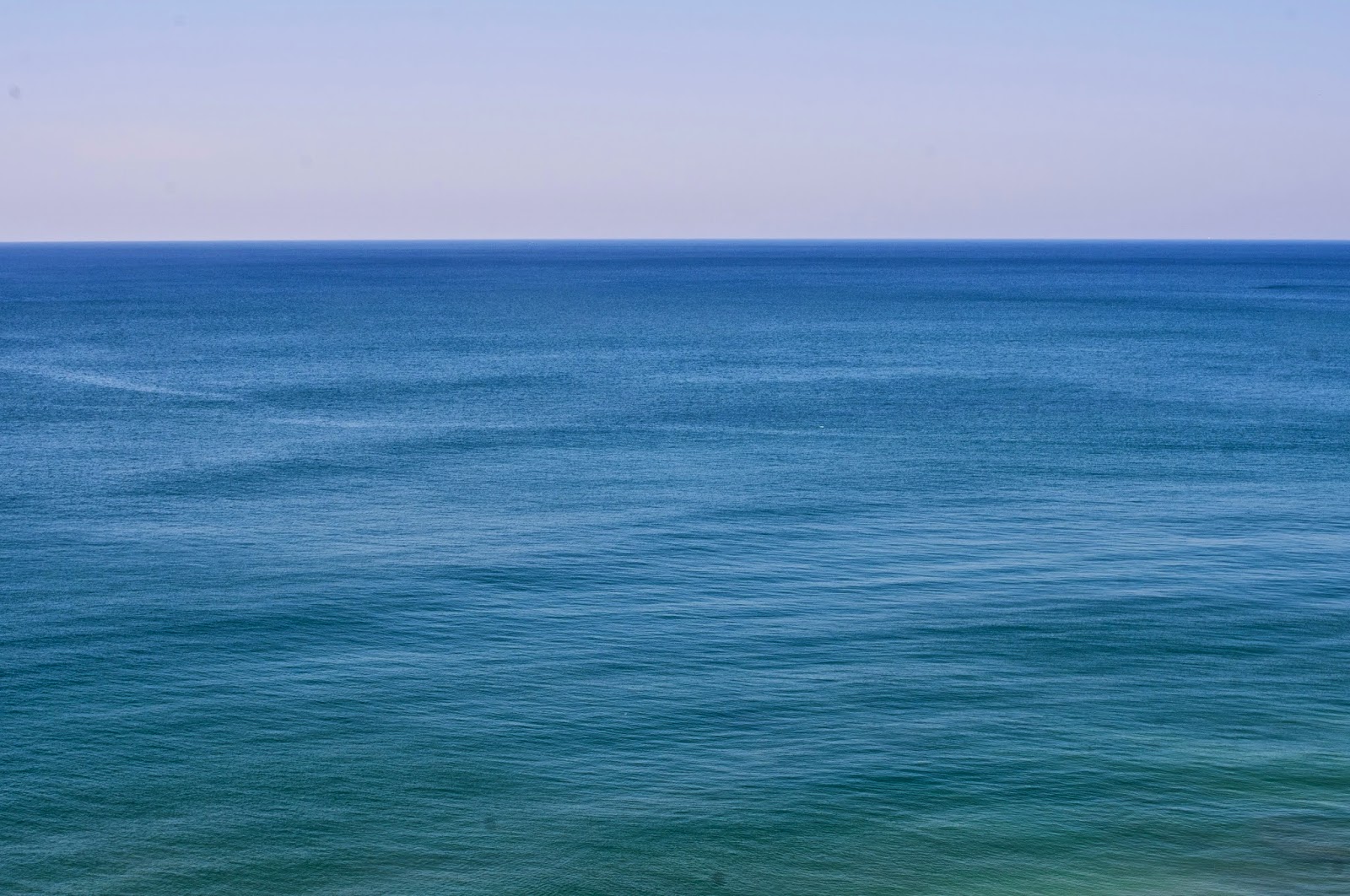 Throughout the day and night, the Earth turns imperceptibly; untethered, floating, and only at dusk and dawn, when the sun seems moored to the horizon, can we marvel at its slow, deliberate rise and fall. But the sun doesn’t set here so much as it dissolves, and though each day promises differently, in the evening dust and haze rise up from the water to claim it before it gets a chance to set. 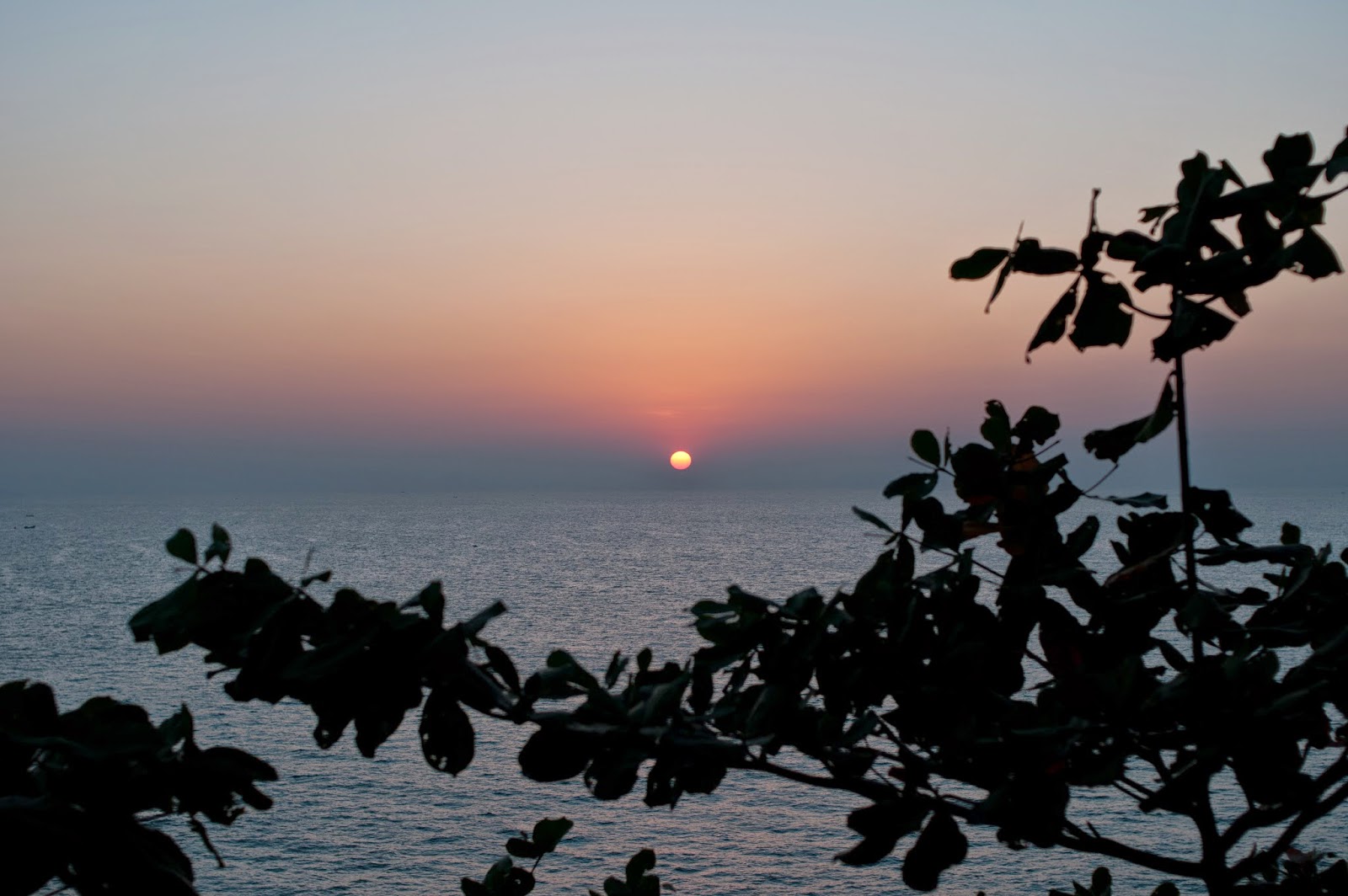 The other night I swam out to get a little closer, descending the steep steps to the little beach, where the wind was whipping the waves into a choppy mess. The surface of the water was glossy and smooth despite the ripples and peaks, the sea looking at times oily black, and others pure, virginal white. As the sun edged further away yet nearer, it became more and more orange, cleaner around the edges, glowing so perfectly that I felt I could reach out and clutch it when I wasn’t being sucked under the shifting surface of the tide or having my shorts tugged down by the backwash.

I was sure that the crisp orange disc would reward my twilight swim with a true sunset, and the more so the longer the whole process took. But sure enough, the last inch of sky denied me. The orange turned dusty pink, and the sun’s lowest edge fizzled into the hazy darkness that had risen from the sea, like an effervescent, and we watched it slowly dissolve into the distance until no trace remained.

Ducking under the waves into the darkness of the water, I reemerged and the last light of the sun, still warm on the retinas of my salty eyes, shone once more. It was as though it had been winched up for a final encore, but of course it had gone and when I blinked again I was just bobbing around on the jet black waves. I laid on my back, floating and when I opened my eyes a toe nail clipping of moon was glowing in the dark blue sky and the light from the fizzled out sun lived on into the night. 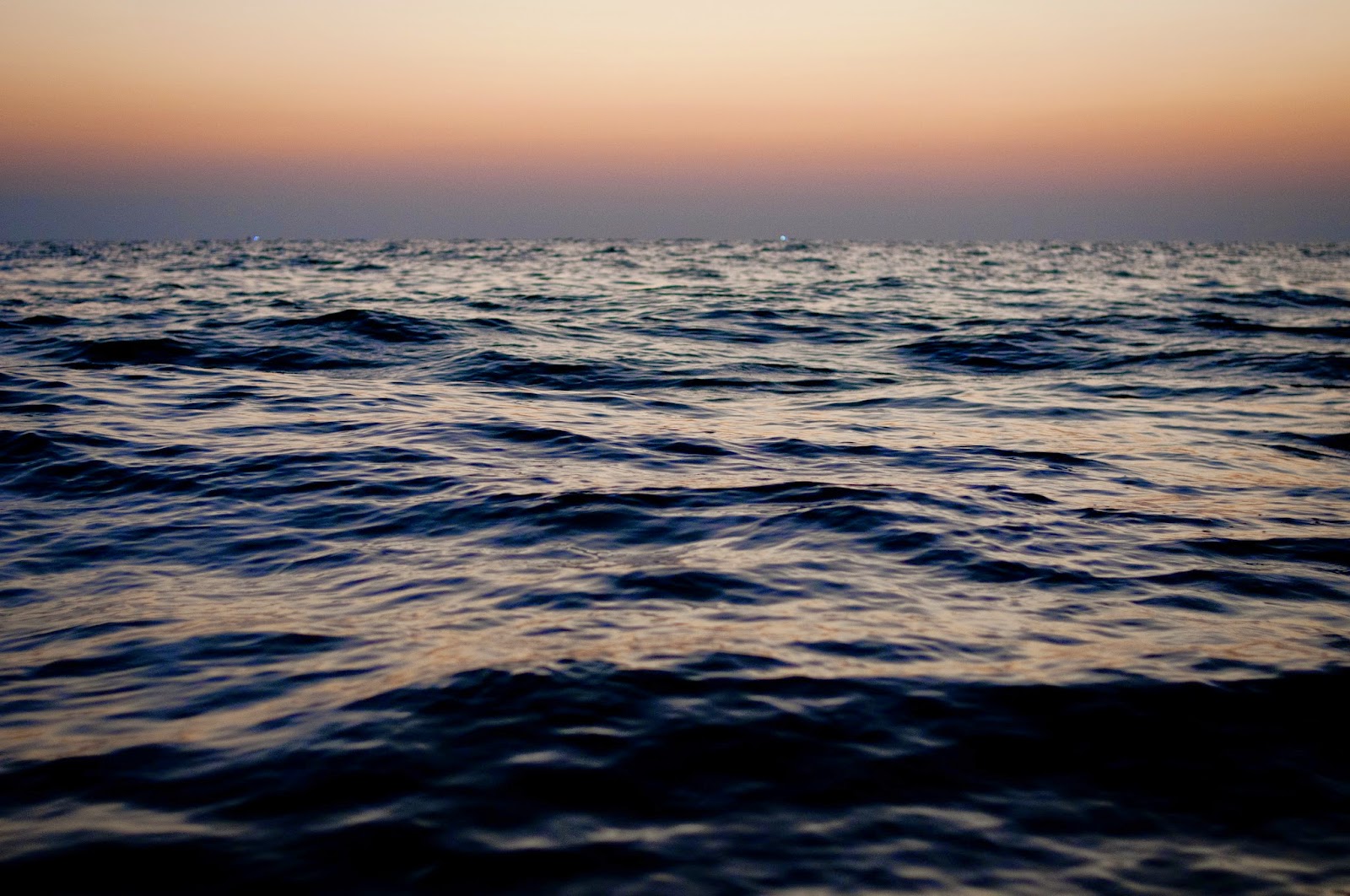