Last Monday morning, I stepped from a train, into a tuk-tuk, and was delivered to the door of a place called Soul & Surf on the top of South Cliff, Varkala. I was still hosting the Giardia parasite that had been laying waste to my insides since the week before, and desperately needed a reboot. And a reboot is what I got. Despite growing up within quarter of a mile of the sea, and loving it, I’ve never enjoyed being in it. I’ve never been a good swimmer, never been comfortable in the ocean, never liked having my head underwater, my ears, nose and throat full of brine. Never liked the fact that you can’t see what is around you – seaweed, creatures, effluent. Never liked being at the mercy of the waves’ powerful, primeval force. 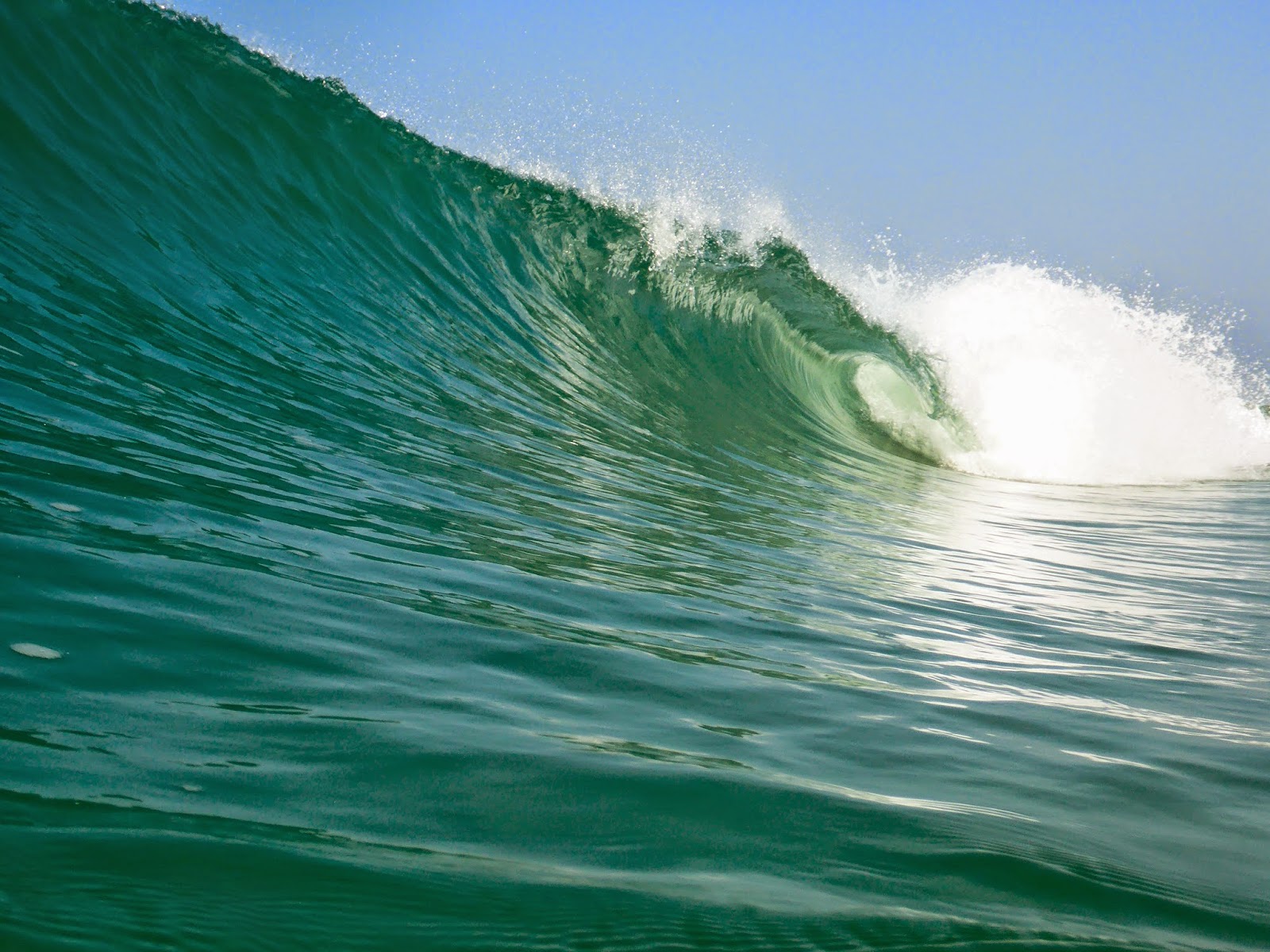 I’ve been in the sea before, with a surfboard strapped to my ankle, but that’s not surfing. “Surf lessons” on a stag do – fifteen idiots lined up on a beach in Wales or Hossegor, wetsuits still damp from the last guy's sweat and urine, tight yellow rash vests riding up around our chests, we looked more like a Star Trek Convention’s float at Gay Pride than a bunch of surfers. And an hour with a Hawaiian giant on Huntington Beach, thrashing about like a drowning dog, doesn’t count either. So this week I started from scratch. 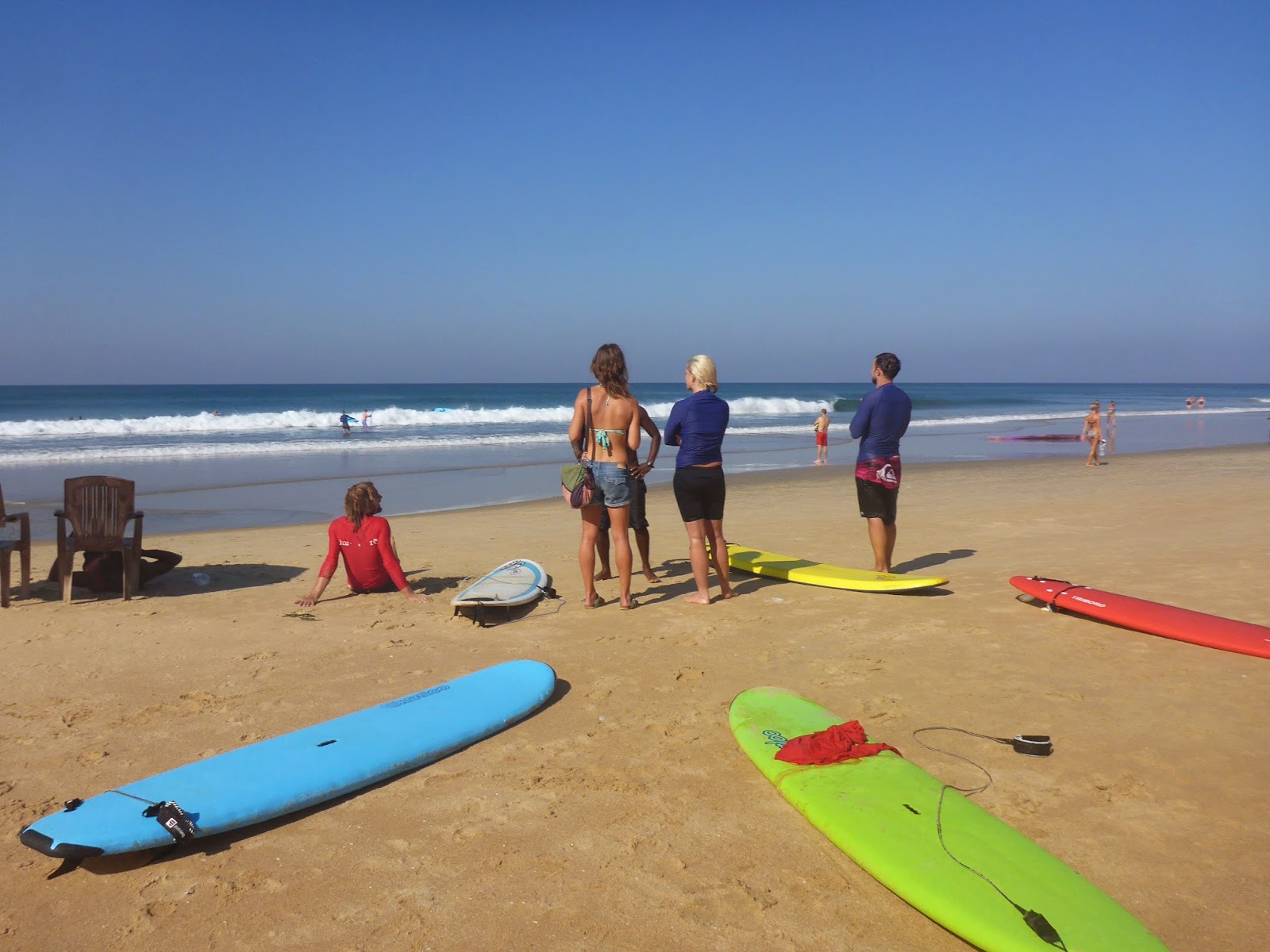 This morning, in my fifth lesson, I caught my first proper wave. I picked it, paddled into it, sensed the rush of it beneath me, felt the nose easing down, popped up at just the right time, sank lower onto my knees, did that thing with the arms, and even managed to grab the rail and start to turn. It felt like I was up there for minutes, not seconds, but in those moments I felt the pure, unadulterated exhilaration of the surf, and the last four mornings of pain and frustration all slotted into place.

Unfortunately for me, the guy with the camera didn’t manage to capture this moment. But he was there for my next wave, using the lens to harvest the precise nanosecond in which I nosedived, preserving it thus for all eternity: 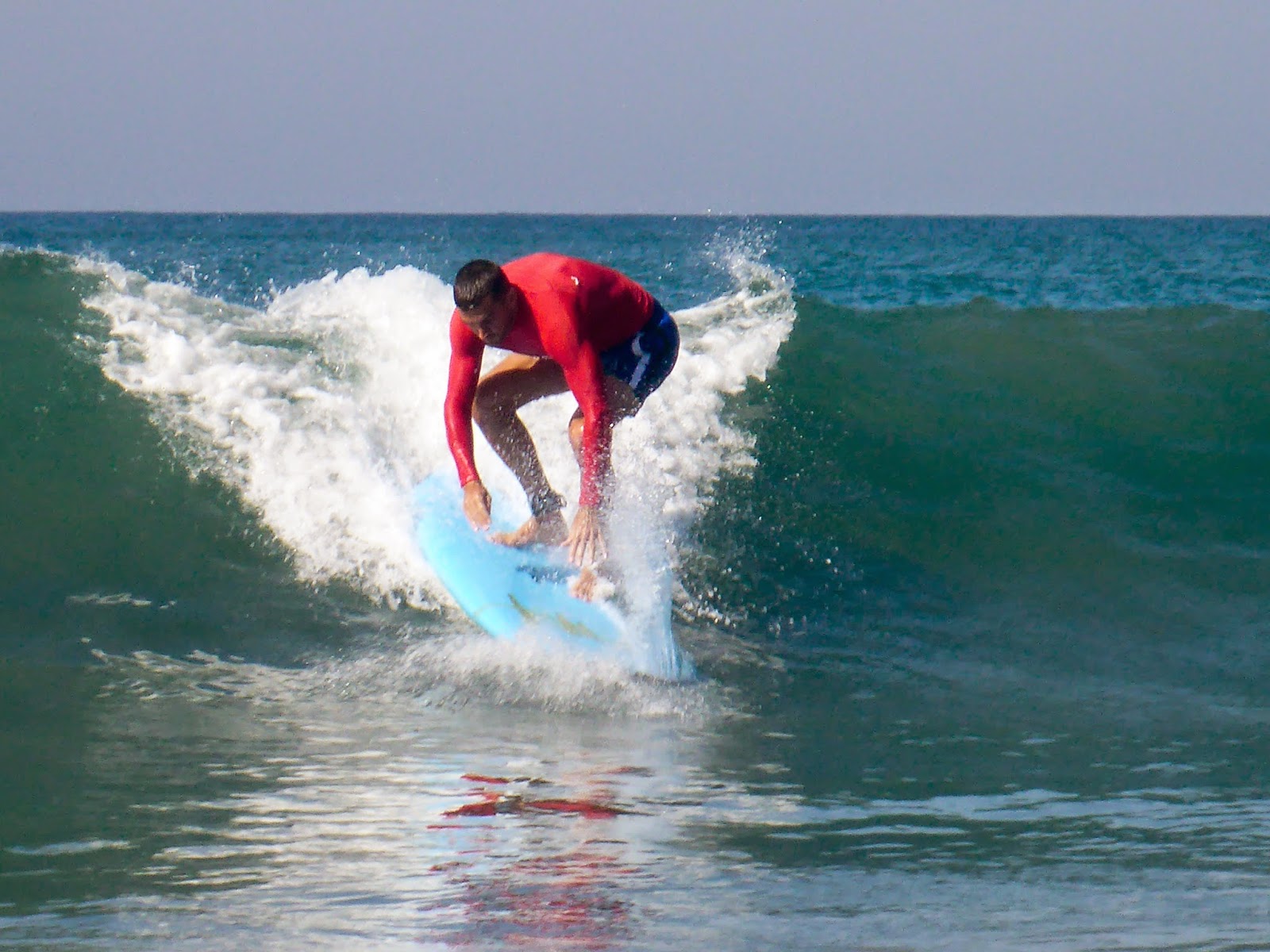 The experience of learning to surf might not fit in most backpackers’ itineraries of a trip round India, but travelling isn’t just about the places you visit. There is never a bad time to turn your hand to something new and especially not if you’re a perfectionist like me - riddled with self doubt and unwilling to attempt things I feel certain I will be shit at, or that confront deep held fears and contravene my natural instincts.

Without really noticing the transition, I’m no longer afraid of the water. I'm not afraid of the washing machine, of the puffer fish that I know is out there (we saw one) or by the human turds that must be bobbing around too (we didn't). I’m not afraid of looking stupid (just as well) or of trying, over and over again, and still failing. It’s been as much a pleasure to be flipped about by the surf like some old child's toy as it has been to float gently on the board waiting for a wave.

Sitting out there waiting, it's a strange, lonely place. You kind of know what you're looking for, but not with any certainty. You go for this one, you miss the next. You wait, pick, paddle, fail. You catch one, but it slips through your tired fingers. Every now and then, you're rewarded with a ride. The only thing you can be truly sure of as you bob around, float, grunt, moan, castigate yourself, curse the waves or lack of them, is that they will never, ever stop. Missed one? You might have to wait, but there'll be another. There always is.