I've said before that it's much easier to write about the places you don't like than the ones you do. Wanaka for instance, where I jumped out of a plane the other day, is a beautiful, tranquil little spot. It's probably the first place in New Zealand where I got out of the car and felt like I could stay there for good. 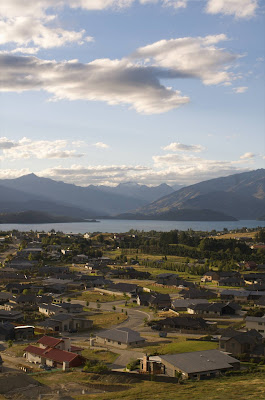 Queenstown, on the other hand, is sure to be the kind of place I despise. Billed as The adventure capital of the world, you can almost guarantee it will be a massive idiot magnet. The streets will be teeming with vomiting Brits and bogans; trousers hanging round their knees, baseball caps on sideways and stupid hair. Bars will be spilling shot filled punters onto the sidewalk, bragging about the "sickest" thing they've done. Canyon swinging. Bungee fishing. Para-handstanding.

Not for the first time this year, I arrive to find my preconceptions pretty wide of the mark; Queenstown is actually a rather nice little place. There are more blue rinsed pensioners than bleached blonde teens, and the only baseball caps are on the coach loads of Japanese tourists. The town tumbles down the surrounding hills to the lakeside in a beautiful, picture postcard scene. 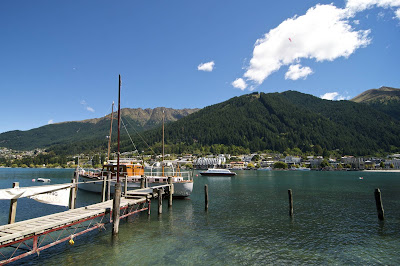 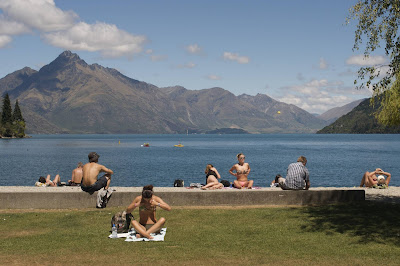 I'm feeling all adventured out after the skydive, so leave the crazy activities for another day. I do take on the Shotover River Jet Boat though. In driving rain it feels like a billion needles being flung in your face for twenty minutes, with the occasional distraction of assuming you are about to meet your maker by crashing into the canyon walls. It was raining too much for photos, but I nicked this one off their website. You get the idea... 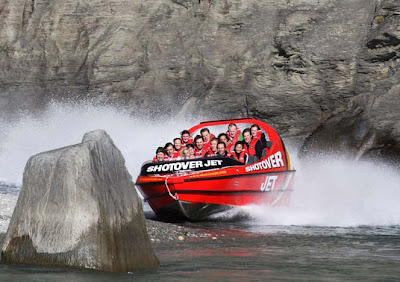 It's a far cry from kayaking on the gentle waters of Lake Wanaka, that's for sure. It might have been a nice surprise to find Queenstown so likeable, and I even stayed three days, but I think I know how I'd rather see out my days. 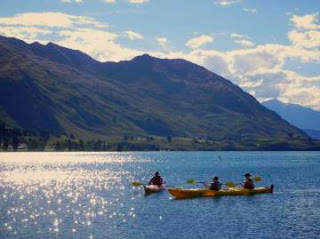