Auckland: the view from the top

Everyone slags off Auckland. Get out as quick as you can, they say. Shithole. Dump. Worst place in New Zealand. I'm not in a position to judge that last bit just yet, but I really can't see what the place could have done to deserve this kind of vilification.

It's a city, so I'll apply the cake metaphor. It's probably a cupcake. Nice sponge, not a lot in it, no unexpected bursts of flavour, though neatly iced and fairly tasty. Won't make anyone's top ten cakes in the universe, but if you had to eat it every day, it wouldn't kill you.

It's not Auckland's fault but it feels like a sort of no-man's land to me. I've left Australia, but haven't begun the chronically under-planned Kiwi road trip that will fill up my final weeks. There's not a massive amount to distract the passing nomad, so I ride up the Sky Tower to take a look over the city. 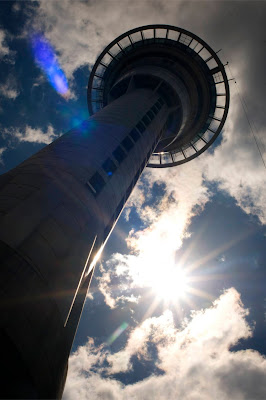 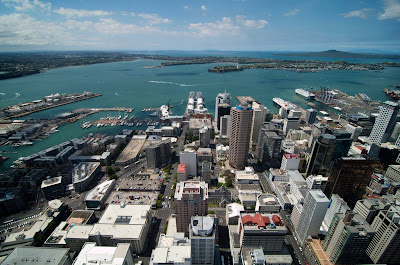 The next day I received an email from my big sister. We'd been talking about travelling, the possibility of me continuing to do so, and the absence of structure and routine in my life. She remarked that from her experience of reading travel literature;

People were always climbing hills, searching for vantage points, as if somehow there would be a place from which to see life with greater clarity, as if perspective were the key 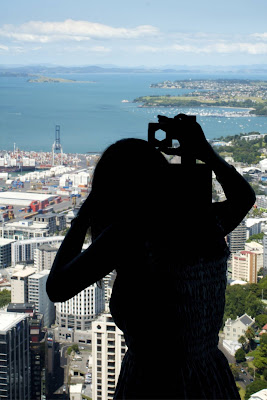