On 3rd February 1931, an earthquake razed the town of Napier to the ground. Since Art Deco was in vogue at the time, it was rebuilt in such a style and is today regarded as the finest exposition of that architecture in the world. Which should make it a nice little place to stop for the night, and a great spot for photos.

The hotel I found myself definitely had a thirties feel to it. I'm guessing it hasn't been redecorated since. Wandering out into town around 8pm, I wondered if I hadn't missed a warning or something, as I appeared to be the only human being present in the "city centre". When I did finally see another person it was a little old granny hobbling along with her stick, which did little to assuage my fears.

The emptiness was perfect for taking pictures, though it was a cloudy night and the town wasn't looking too bright. Not only that, but I had forgotten the first rule of photography: To take a great photograph, you need a camera in your hand. Never mind, thought I, there's always the morning. I finally found a few people in the only restaurant that was a) open and b) not a kebab house: a steak joint inadvertently running a bit of a seventies theme.

Come the morning it was pissing with rain and still gloomy. No time to mince around unfortunately, with a four hour drive to Wellington on the cards and a bit of cricket I wouldn't mind watching. I walked around for about five minutes with my camera under my shirt, half heartedly grabbing a couple of crap pictures just to prove I'd been there. 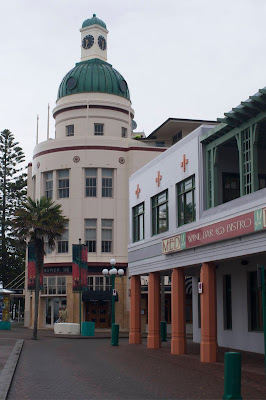 Reminds me of Worthing... 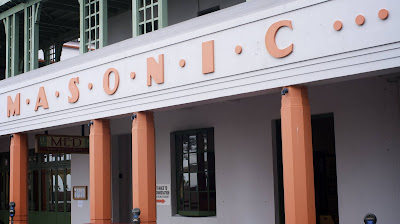 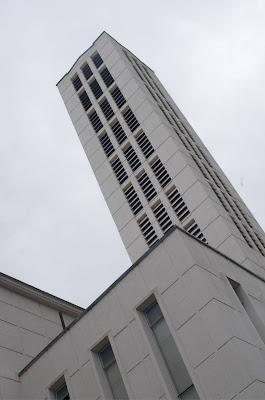 Believe it or not, this is the Cathedral...
Luckily I managed to outrun the rain on the drive south, and found myself a nice spot on the grass at the Basin Reserve to watch the last session of the cricket. Compared to the Sydney Cricket Ground it's a bit like watching a couple of old codgers looping pedestrian leg breaks on Wisborough Green, but that kind of made it the perfect place for me at the end of another long day. 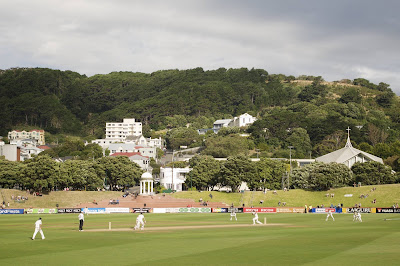