In all the excitement of my few days in the Quebrada de Humahuaca, I kind of forgot about Salta. It wasn't that nice really, probably just the change from Buenos Aires that did it. I got back Saturday night after a long bus journey and headed out for dinner.

I've been keeping a notebook of every restaurant I go to along the way. This is the nicest dining room I've been in. There's a wonderful buzz - a chatter that floats above the tables punctuated only by the clattering of cutlery. A couple of waiters take up a guitar and drum. I don't like live music in restaurants. But I like it here. The whole room is alive and happy. Looking around, everyone is smiling. Isn't that the whole point?

I wake up late on Sunday, since I sank another beer and watched Rocky III in my hotel room. Predictions? Pain. I've got six hours before my flight, so after a big lunch in the plaza, I head up the teleférico - a Swiss made cable car that takes you to the top of Cerro San Bernardo. Like every hill in South America, it comes complete with it's own Jesus, and some wonderful views. It occurs to me that people are walking around with those bunches of leaves because it is Palm Sunday. 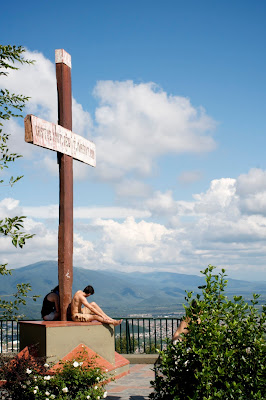 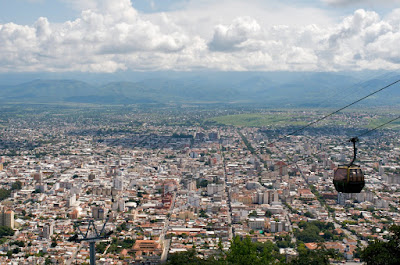 After a coffee or two and just chilling for a while, I head back down. I'm kind of fascinated by the cable car itself. How much convincing would it have taken to get in the first ever one? This guy only dates from 1987 apparently, but the technology still looks somewhat primitive. Either way, it works. And it beats the hell out of the steps. 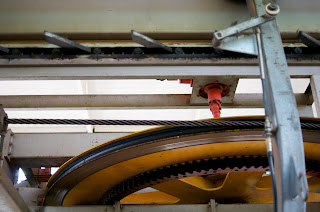 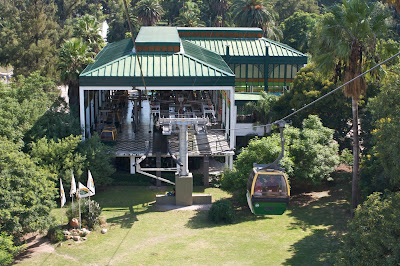 Back at the bottom I stroll through the park and remember completely why I liked this place so much. Everyone is just taking it easy. They're all smiling, eating ice creams, sailing round the boating lake. It is a town completely at peace with itself. Not that there's anything wrong with Buenos Aires, but all big cities, by their nature, suffer from the same complaints. I'd take the composed, effortless, tranquility of Salta before the frenetic mayhem of BsAs any day of the week. And so would they. It's written all over their faces. 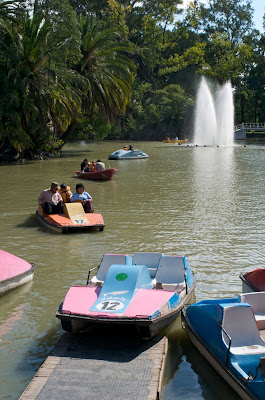 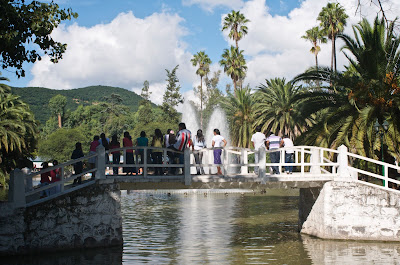