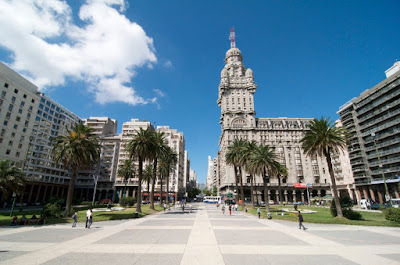 Plaza Independencia, Montevideo
In Spanish class today I have to talk about my weekend. Inevitably this involves me deploying my arsenal of approximately ten adjectives to describe Montevideo. It's a lot easier than doing it in English.
I liked Montevideo a lot. I might even prefer it to Buenos Aires. It’s a lot smaller, less polluted, and far less crowded. People aren’t in too much of a hurry (apart from the taxistas who must watch Bullitt before they leave the house each morning). No-one’s making too much of an effort - they’re just getting on with it.

I spent Friday walking. Walking and getting bitten by mosquitoes. For some reason (maybe they heard I was coming) an Old Testament size plague of the little bastards descended upon Uruguay recently. They fed on my poor body like it was the last scrap of food in the universe. I tried to count the bites but ran out of numbers.

It’s a great city to walk around. Old colonial buildings retain their splendour in the face of decay, punctuated by bright colourful houses and every empty wall carries vibrant graffiti and politicised street art. It’s a modern city, but an old one too. Horse drawn carts collecting garbage wait patiently at the lights to cross the main streets before disappearing into the quaint tree lined avenues that lie beyond them. 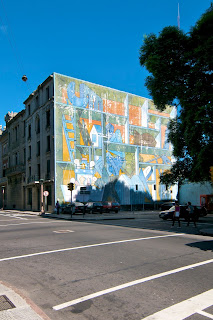 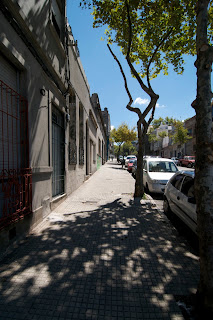 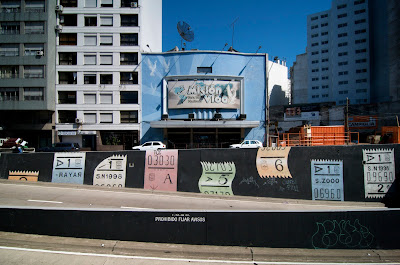 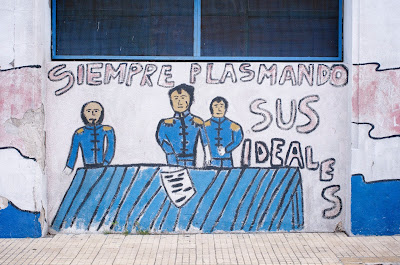 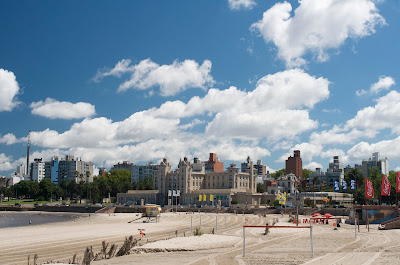 Walking off the main drag it feels like a comfortable city to live in. It’s not a rich place, and you can tell. But it’s not especially poor either. There are no more people living on the streets than in London, and definitely not more than in Buenos Aires, where you sense the poverty more often and more acutely. But it’s a small town, and once you’ve walked through the Ciudad Vieja and ticked a few tourist boxes, there’s not a lot else to it. If I were here for longer, what would I do?

Maybe find myself a café, pull up a chair and start writing a novel or something I guess. One set in the London Palace Hotel, perhaps. And when that all got too much, I’d don the Speedos and stroll down the playa with my can of OFF! for the mossies. Then I’d nip round El Fogón for a few hundred grams of prime quality bife de lomo, before popping in Los Leños for an apple tart. After that I'd probably sip a gintonic or two and ponder the meaning of it all, while the still smiling sun slipped quietly out of sight. Not a bad life, I suppose, but I don't think I could keep it up forever.
Posted by Joe at 15:09