I sleep all right in the hostel, though foam pillows should definitely be banned. And I'm up early to take a trip out to the salt flats. I'm the only gringo on the minibus that takes fifteen of us out on the hour or so drive.

I'm excited about this - mainly for the photos, but as usual, things don't quite work out as planned. The best thing about the trip is the drive - it is breathtaking (in more ways than one). We start out along a gorge bordered by craggy ridges and peaks, before rising out of the valley, and stopping for photos. 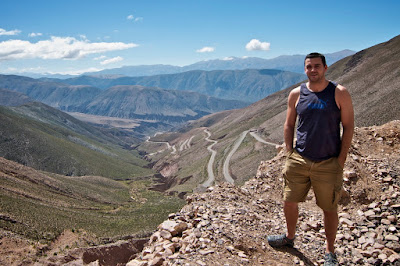 We stop again at a peak of 4170 metres. Some guy passes out and the locals administer some coca leaves. I feel for my breath. I wouldn't want to be doing anything more strenuous than paying 15 pesos for a souvenir at this altitude. We press on, and as we descend, we glimpse the salinas in the distance.

They're very hard to photograph, and I have a kick ass camera. The light is reflecting off the salt and burning the sky. (Not to mention my skin - I now look like am permanently wearing a wifebeater). You can play around with the sense of perspective here, and people come up with some awesome shots, balancing people in their hands, standing on beer bottles, that kind of thing. I don't have a tripod though, and I'm on my own so it's going to be hard. The best I manage is to make myself look like a kind of giant. 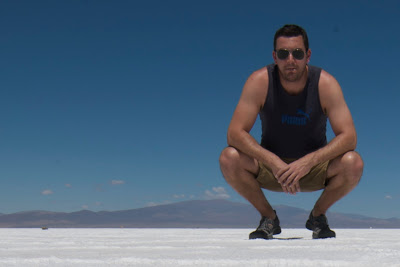 The shots of just salt are just boring, and the only ones I really like have some kind of focus. 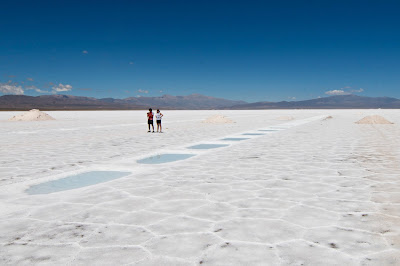 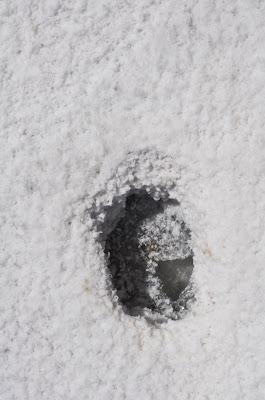 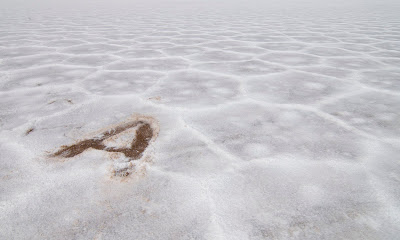 From the other side of the road on the way back, another chance to glimpse the stunning scenery. The clouds have dropped a little by now and things look very different. 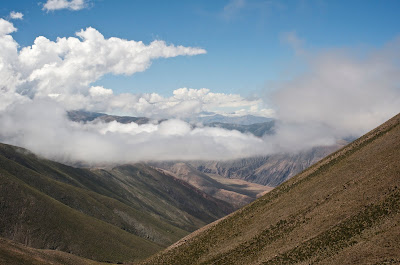 Arriving in Purmamarca around three, I am ferociously knackered. Probably a little bit of sunstroke - I've basically been standing on a mirror at midday on the tropic of capricorn - and a kind of altitude hangover as well. I need rest. But there's a problem. El superclasico is on. My new friends console my bad luck at having missed the game as the residents of this sleepy little hamlet pack the cafes and bars, and we all sink a few beers.
Posted by Joe at 08:46