Bhutan was a great place to visit, but it was hardly relaxing. With a guide, a driver and an itinerary, there wasn’t much down time, and every other day we were in transit. So it was a welcome relief to hit Pokhara, free to do as I pleased. And it pleased me to do fuck all.

Pokhara has what the Lonely Planet might describe as a “Laidback backpacker vibe.” Some of them have been laid back here for the last forty years by the looks of it. I can't be too critical - the most strenuous thing I did on my first day was get my beard trimmed. With scissors, because I went during the daily power cut. It took most of the afternoon. 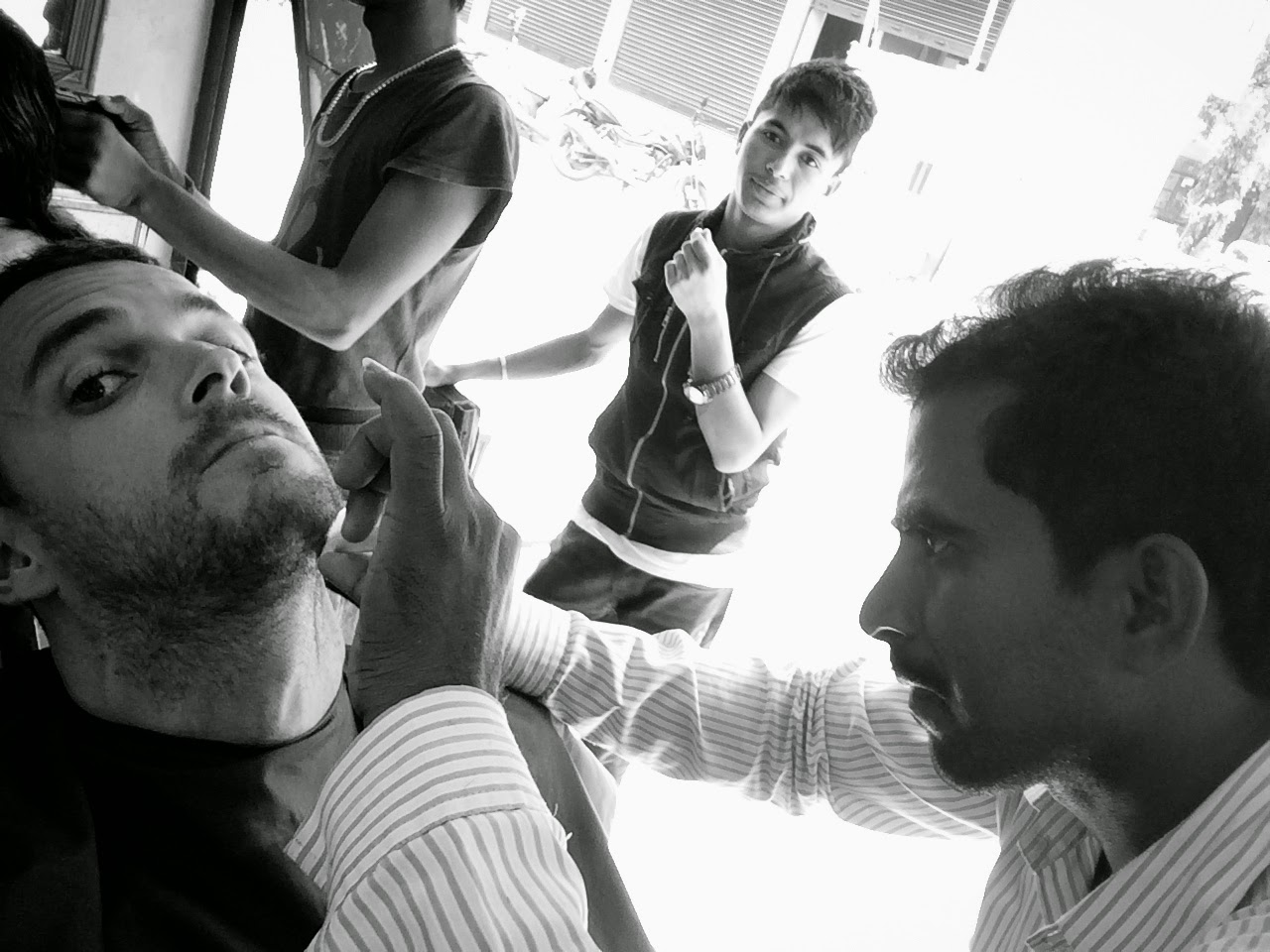 I stepped it up the next day by hiking up to the “Peace Pagoda,” walking out of town and suddenly seeing a little of the real Nepal, so close to all the bars, cafes and shops of Lakeside. An alarming contrast, and a reminder that this is an impoverished country. But the people are even friendlier out here and every one of them proffers a cheery Namaste. 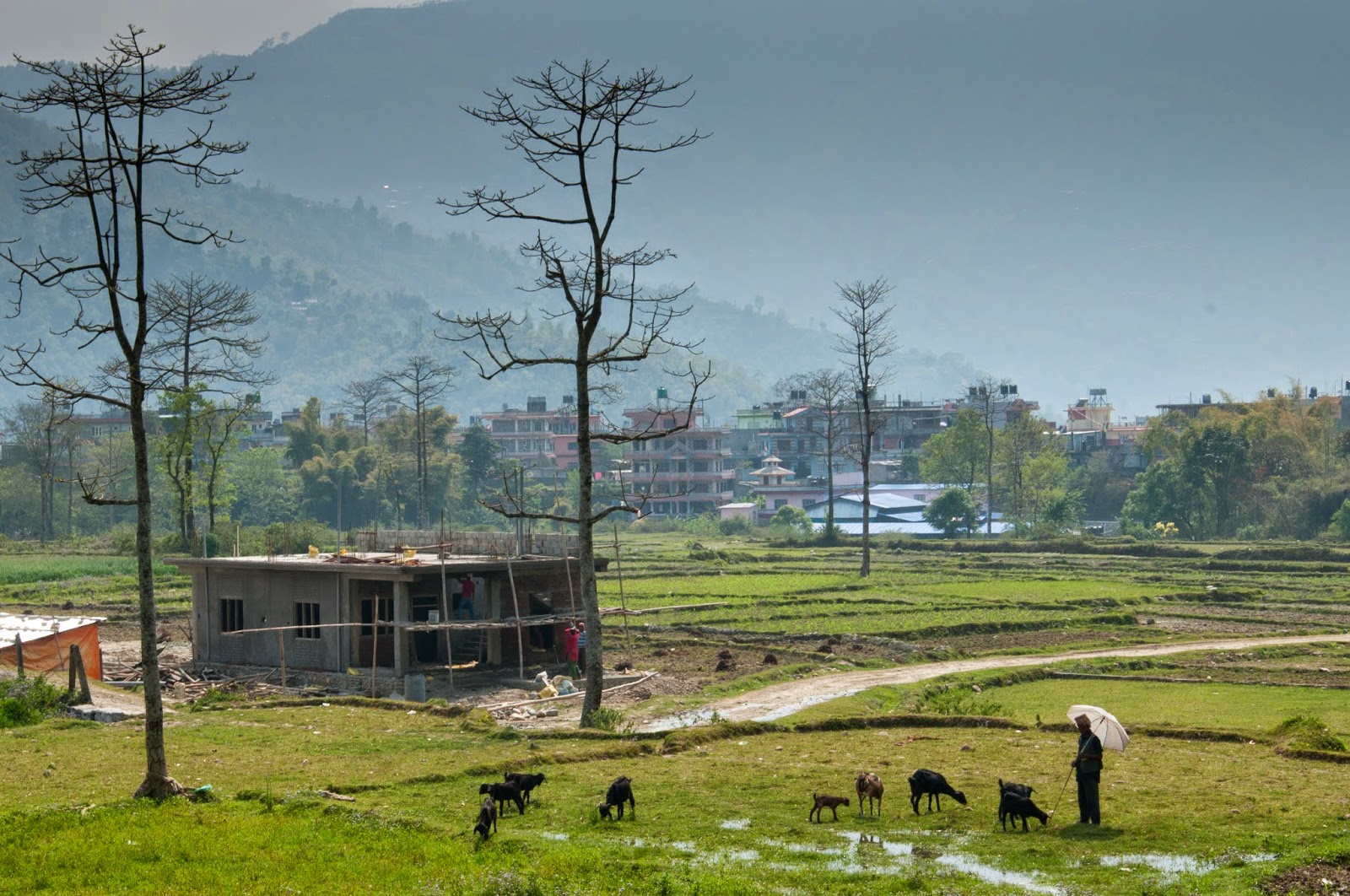 Up the hill and down the other side, I forked out the 350 rupees for a boat ride across the lake back to town. Being the only passenger there, the guy seemed reluctant to waste his time taking me over, so sent me packing with these two kids instead. Not wanting to still be out on the water at Christmas, I soon gave in and did the rowing for them, while they sat up front and enjoyed the ride. I asked for a tip but they’d scarpered before we’d even made the shore. 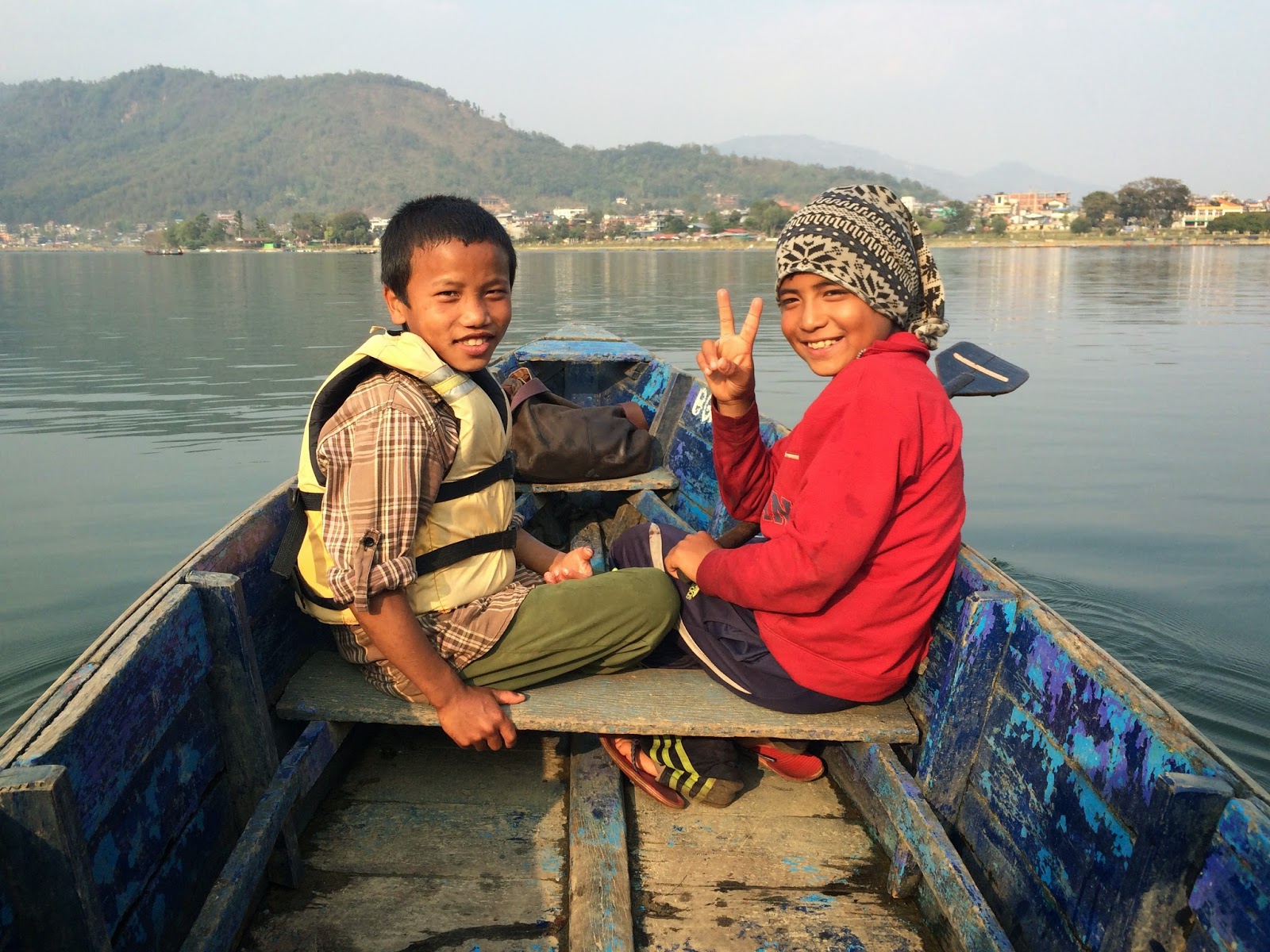 It’s a calm and peaceful place all right. I happily while away a few days either side of the trek here, eating sensational pain au chocolate in Café 17, drinking almost London standard espresso in Pokhara Java and generally mincing about with nothing to do except shopping for knock off trekking gear. 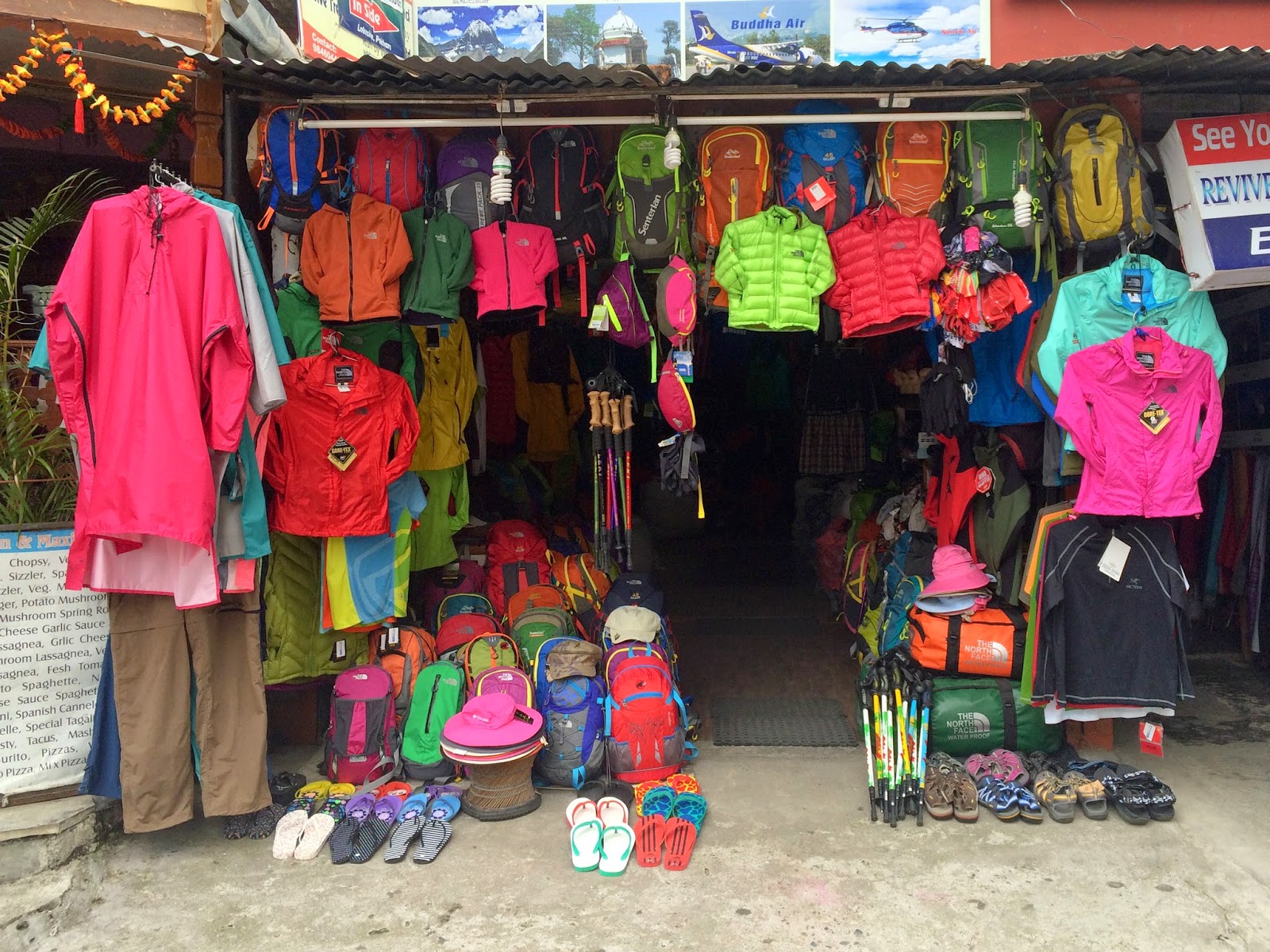 Oh, I did wake up at 5am on two consecutive mornings. Apparently, dawn on the top of Sarangkot is a “religious experience.” The rising sun lights up the Annapurna range, and the gathered masses who have taxied then trekked their way up the 1250 steps gasp in awe and click away on their cameras. But not when the view is completely obscured by cloud. Both days. Aaaarggghhhh. 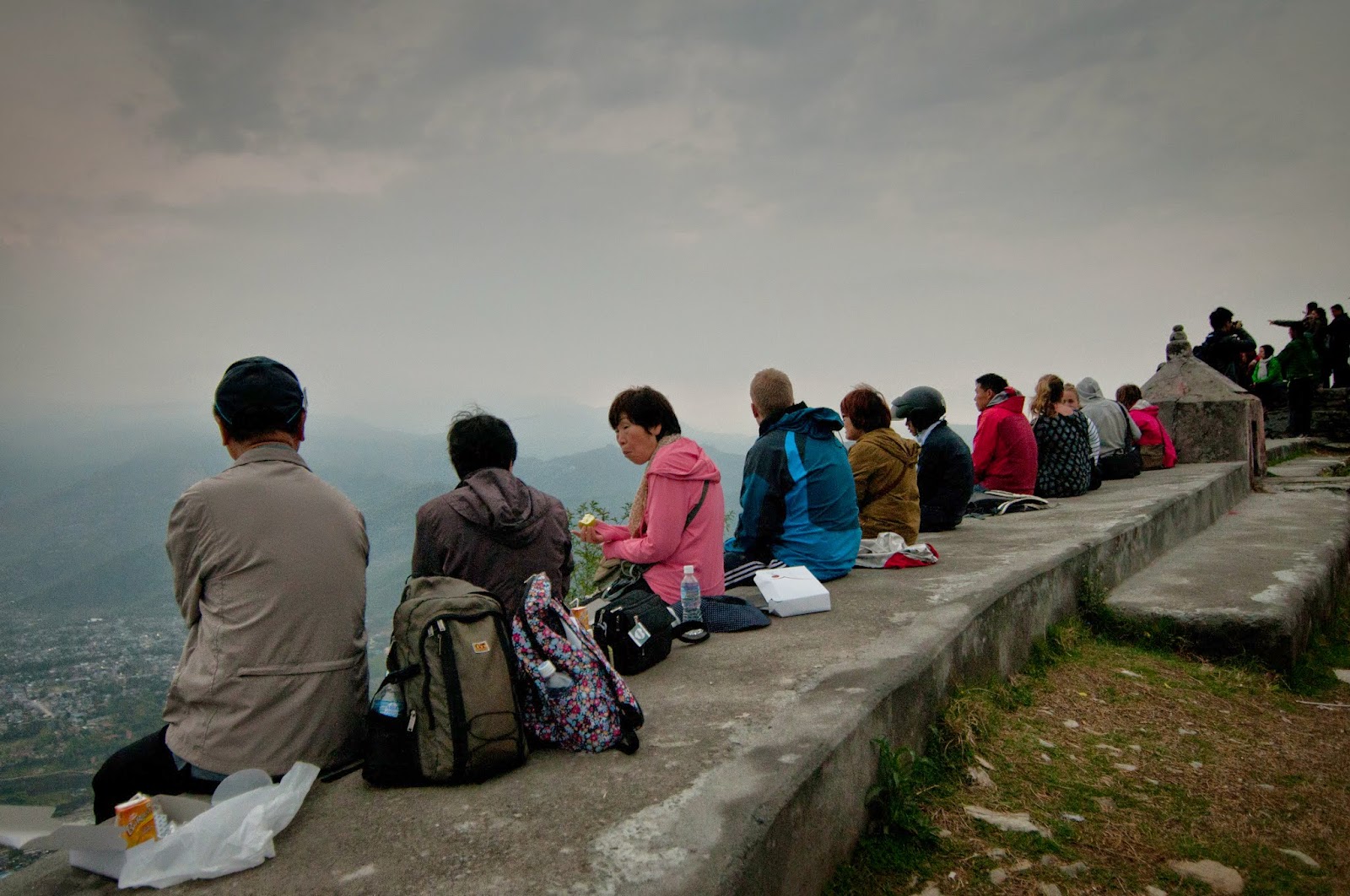 Truth is I did so little while I was in Pokhara that I shouldn’t even be writing about it. But I thought if I didn’t, I wouldn’t be able to post this photograph that I took down by the lake, which would have been a shame. 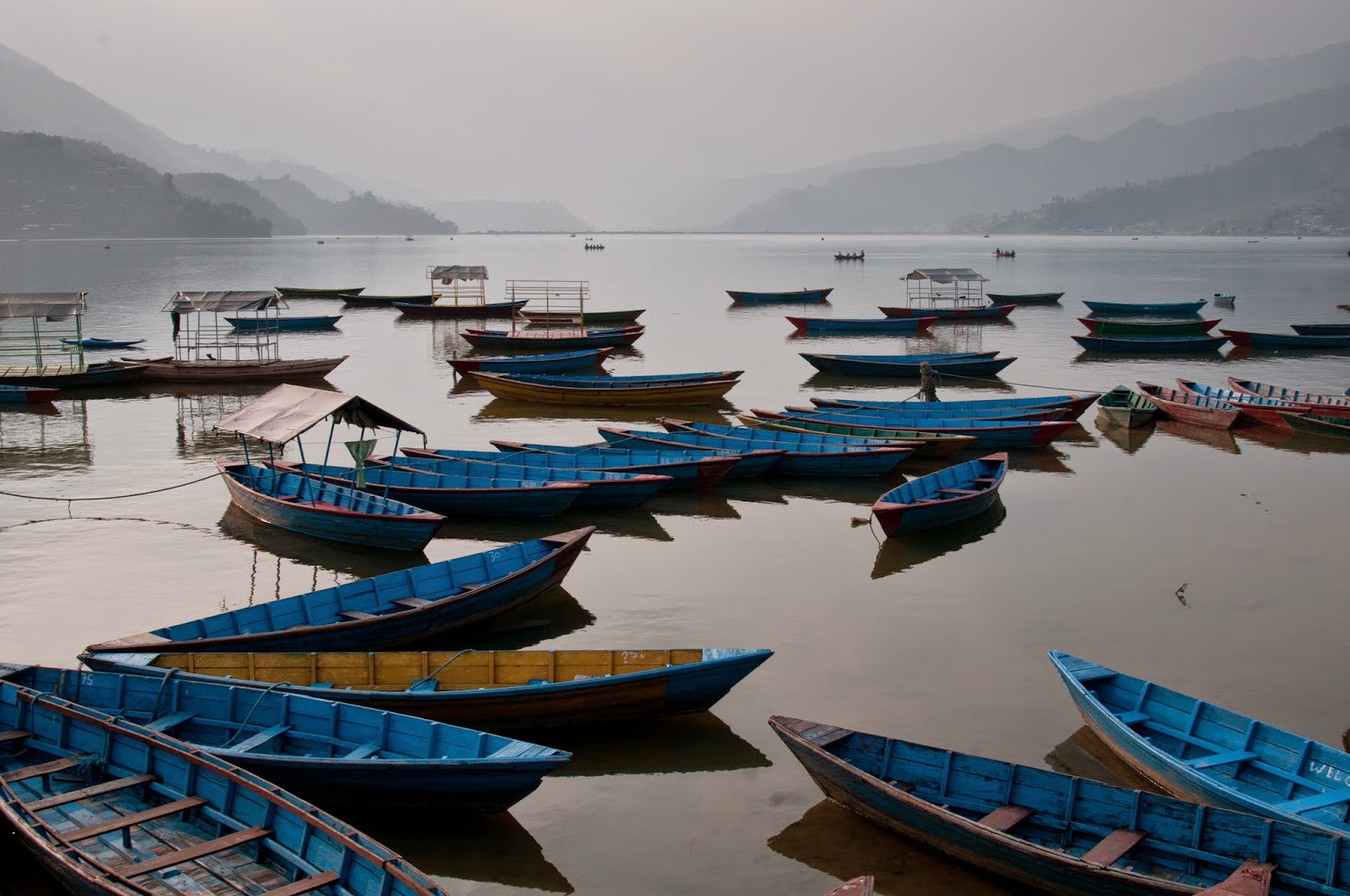