From Pokhara, Mount Machhapuchhre appears a near perfect triangle, steep slopes rising from the ridge to a pointed peak. From the east and west, it is completely transformed, a second peak materialising behind the first and giving rise to its name - Fishtail. 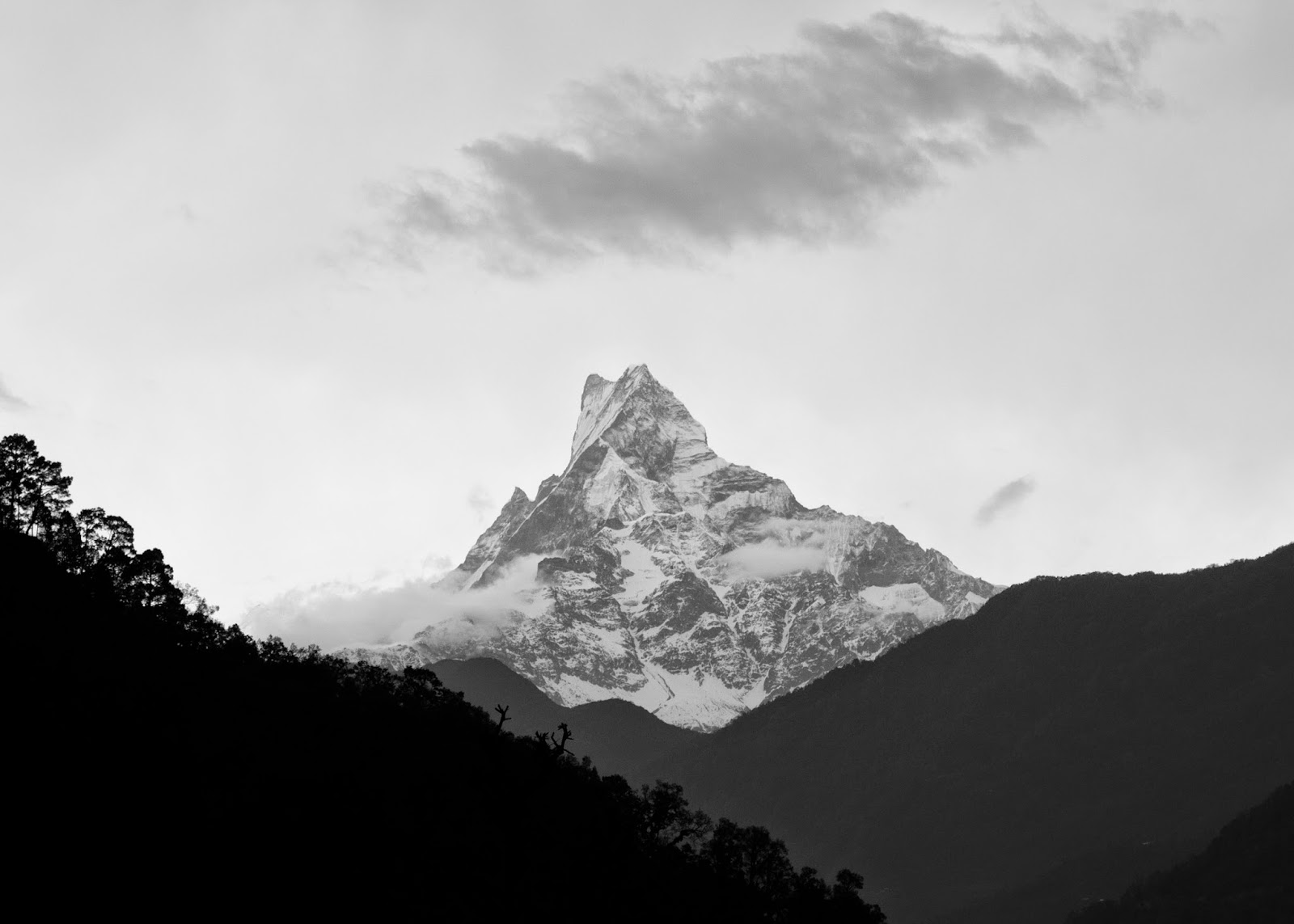 Machhapuchhre looks special, and is special; sacred, and closed to climbers. It is the dwelling place of the Hindu God Shiva, who lives on its summit, and for this reason man is forbidden from stepping foot upon it.

The only sanctioned expedition to climb the mountain was made in 1957, led by Colonel James Roberts. Wilfrid Noyce, who had been part of the 1953 Everest team, spearheaded the assent but stopped 150 feet short of the summit out of respect for its religious significance. That’s one story at least.

Another possibility is that they were prevented from reaching the summit by heavy snowfall. Roberts lived in Pokhara until his death, and it is thought that he may have influenced the decision to declare the mountain off limits to climbers, possibly because he didn’t want anyone else to succeed where he had failed. In the preface to Noyce’s account of the expedition, he wrote:

Everybody seemed to be climbing mountains in Nepal and I flew at once to Kathmandu in a fever of anxiety lest some trespasser had already had the effrontery to ask permission to attempt Machhapucchre…..it became for me the ideal mountain, a personal possession yet out of this world, unattainable but mine by illogic right

One man, however, almost certainly attained the prize that eluded Roberts. In the early 1980s a New Zealander named Bill Denz probably succeeded in an illegal, solo climb. Reading a little about him, I would say it is highly likely that he did. It's a secret that died with him, either way, in an avalanche on Makalu in 1983.

The Mountain Museum in Pokhara is housed in an incongruous aircraft hangar, with a curious collection of artefacts on display. By far the most interesting of them are the clothes and equipment from various expeditions, and the photographs of those who undertook them.

The pictures are extraordinary, this collection of men from all over the world, all different backgrounds, united by a shared and primal spirit. It is there in their eyes and how they hold themselves; confidence and poise, born out of a deep, indomitable will to test mind and body against nature, and succeed.

From my short trek I kept glimpsing Machhapucchre, but never clearly enough to really capture its splendour. Instead I am left with a handful of unsatisfactory photographs, and feeling unfulfilled. The sense that it kept slipping through my fingers, and knowing it is beyond the compass of man, only adds to its intrigue and appeal.

Which is not a bad thing. To be in the grip of something unattainable, that possesses, drives and obsesses, is at the heart of what it means to be human. For some men, those things aren’t people, ideas or dreams, they are mountains, and they live inside them all the same. George Mallory, on his first Everest expedition, wrote to his wife:

Everest has the most steep ridges and appalling precipices that I have ever seen. My darling...I can't tell you how it possesses me

It did so until he died trying to reach its summit, of course, epitomising all that is heroic and tragic in the lives and deaths of men who never turn from pursuing the things that elude them.