This is my fourth visit to Sydney and I'm still not quite sold. The initial impact of the beauty can't sustain the place indefinitely, and when its effect wears off, I find myself feeling a little unfulfilled. Looking good, after all, is never enough on its own.

Sydney is ridiculously beautiful. The city clings to the edges of the ocean and a preposterously stunning natural harbour, with its bays and coves and sweeping shores. In the middle of them, two of the world's most iconic and recognisable structures sit alongside one another, and very occasionally you can glimpse them through the legions of photographers. 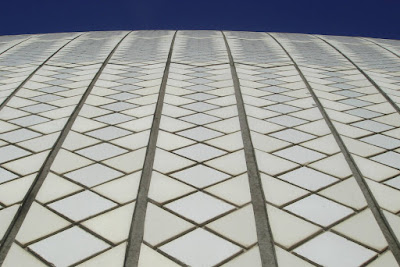 Can you tell what it is yet? 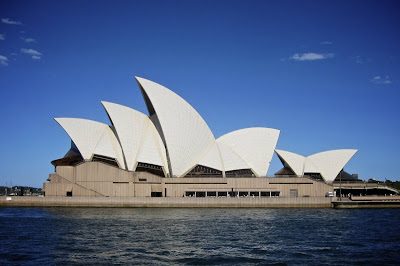 The residents seem to take the city's aesthetic pleasantness as a challenge to their own. People care about how they look here. Beach bodies, surgically enhanced when deemed necessary (about 20% of the time) keep themselves in shape through constant exercise. What should be a tranquil, restful stroll through the Botanical Gardens is always rendered exhausting thanks to the joggers. At least 10% of Sydney's 4.5 million inhabitants are running around the Domain at any given moment. 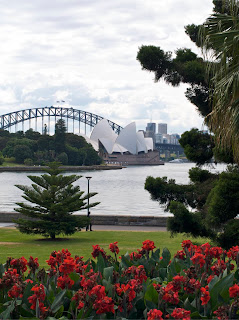 People love Sydney for its beaches. Until this time, that always meant Bondi to me, and I'd never really seen the appeal - basically a crowded beauty contest with the occasional threat of being eaten by a shark. 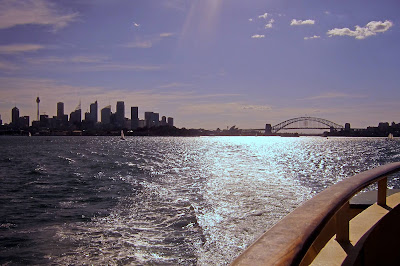 Sydney Harbour from the Manly Ferry

At the weekend I took what must rank as one of the best public transport options in the world - the Manly ferry. Basically a half hour cruise through the harbour, better than any tourist charter, for $6. And when you walk out onto the art deco wharf at the other end, you have been transported to a world whose inhabitants, whilst no less concerned about their appearances, seem a little calmer and content. It felt somehow Californian, if that can possibly make any sense. 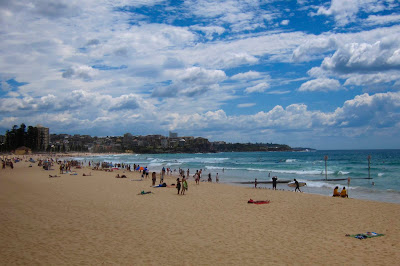 I think if I were going to live in Sydney, I'd want to be in Manly. I've always stayed in Kings Cross, where hundreds of strip clubs (Showgirls, Bada Bing, The Pleasure Chest), extremely gay men, homeless people, drunks (more in the morning, they seem to sober up or run our of money by midday and just fall asleep) and backpackers (millions of them plodding around like upright tortoises) all mingle with the rest of the Sydneysiders as they hurry about their day. 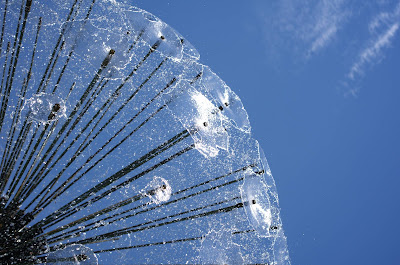 I hope I haven't sounded too cynical here, because I like Sydney. It's just that beneath its beautifully tanned skin, I can never find enough soul to keep me going. I'll take the uglier, calmer, more interesting Melbourne any day of the week. She'd still be great company in my old age long after Sydney had had her wrinkles botoxed out.