For most of the last year, I have felt as though I have been writing a story. That my travels formed some kind of narrative and that today I would pen its final words.

Keeping this blog has made me so much more aware of my daily experiences. It's forced me to crystallise and articulate the thoughts and ideas that have occurred to me along the way. And all along, I've been wondering how the story would end - writing bits of it in my head, clutching at the themes and ideas that I've towed around with me and wondering how I could tie their loose ends together. I've amassed quotes from the things I've been reading, held onto them until the end. 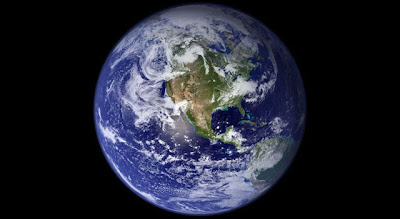 The shape of the story was pretty obvious really - a round the world trip is only ever going to be circular. Back from whence I came, richer for all the experiences and back into the arms of the friends and family I left behind.

Round the world! There is much in that sound to inspire proud feelings; but whereto does all that circumnavigation conduct? Only through numberless perils to the very point whence we started, where those that we left behind secure, were all the time before us.
Moby Dick

It's a curious thought. That actually leaving and travelling is an act of regression - you just put yourself a year behind and then try and catch up. Which makes the culmination of the experience its object. Everything that happens serves only really to advance you to the end (which was also the beginning):

We shall not cease from exploration. And the end of all our exploring will be to arrive where we started and know the place for the first time.
T. S. Eliot

And then, back home, as the days and weeks advance, the journey, the adventure, would slip quietly beneath the waves of time; the memories and experiences would fade, the only question being which of them would stand the longest.

But no. Having assumed that I would have spent all of the last week feeling as though I were sliding into an abyss, I have actually felt pretty happy and excited about it all. And most of that joy comes from the realisation that this is not the end. Not any kind of end. Just another cusp, another line between two things. And I can quote myself on that one:

An understandable duality shrouds you when you stand on the brink of something. A border or cusp, real or figurative; leaving one thing behind, entering another. Reflection, anticipation. It might actually be the greatest thing about travelling, moving form one place to another, body and mind constantly charged and energised by these changes. And not just travelling but life, too, come to think of it.

It's not just this. A clock has been running alongside me for the whole trip. I knew roughly when I would make the big changes and swap continents. I rarely wanted to leave anyone or anywhere, but each time I had to, or chose to, I kind of knew that it was time. And that's exactly what it feels like now. Time.

And so I'm sat in the lounge at Sydney airport preparing (not that you ever can) for the monster 24 hour flight that awaits me, and soon I will be home. But I won't be leaving this year behind in my wake, forever glancing over my shoulder as it is slowly consumed by time. Quite the opposite in fact - the things I have seen and done, the places I have walked, the people I have met and loved, their faces, the landscapes; the dirt and sand I've trodden through, oceans I've swam in, mountains I've climbed; every single breath I've taken has filled my lungs with something new and special and lifted me way higher than I ever thought it possible to go, and I will carry them with me for the rest of my days.

The world we inhabit is a place that is incredible way beyond our comprehension. I implore you to get out there and explore it. I know it's not going anywhere, but we are. We are dying, from the minute we arrive on the planet, we are sliding towards our inevitable end. Get out there now. Feel the earth between your toes. Scratch beneath the surface of all the things that surround us and they'll reward you every single day of your life.

If you're lucky, like me, you could get close enough to the Heart of this world that you might just feel it beat.