Gato Dumas Colegio de Cocineros, Buenos Aires
The fact that there is a verb in Spanish, empanar, meaning to wrap in bread, should tell you all you need to know.
We make our pastry in the prescribed manner. Some of us are using suet, or grasa, instead of butter. Others are using salvado, or bran, as well as the usual harina de trigo flour. I am using butter, and before the final folding, I must lay basil leaves on the pastry. 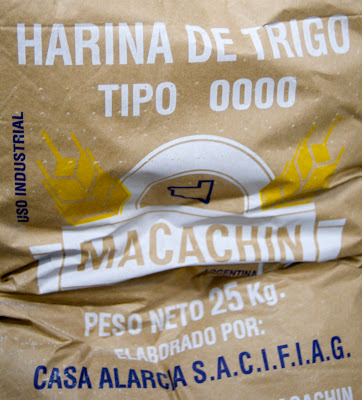 We have three different fillings. First up, onions sauteed in butter, thickened with flour and mixed with milk. To this we add spinach and mozzarella. They go in the masa de salvado pastry, and are closed on top with pinches on alternate sides(the method of sealing an empanada denotes its filling). In the basil (albahaca) pastry is going a tomato, dried tomato and mozzarella mix. They are folded like giant cappelletti and bushed with paprika oil. 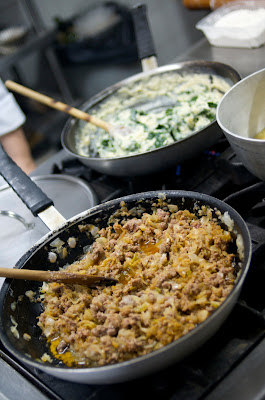 The final filling we make ourselves - it is as close to a Cornish Pasty one can get this side of the equator. Onions and spring onions are sweated in a ton of beef dripping. Then minced beef is added, browned, and cooked under a lid. They add cumin and paprika, and when it has cooled, chopped boiled huevos. The empanada is formed just like a pasty, with the rope to hold it by as you eat. 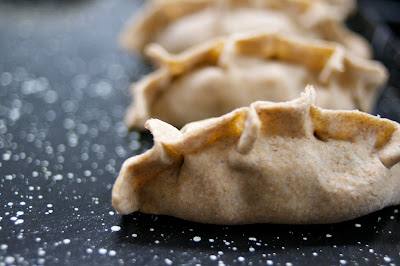 The guy to my left, Juan Martin, is, by the looks of things, a most accomplished cook. He speaks reasonable English so we can chat as we tuck in to our work. He is from the home of empanadas, he tells me (Tucumán in north-west Argentina) and explains how he makes them. They chop the beef by hand and blanche it, before cooking it in broth along with the onions, cooked in oil, not fat. They layer the ingredients in the pastry rather than mixing them together. He's going to email me a recipe. I think I could probably learn as much from him as I could from our profesoros. 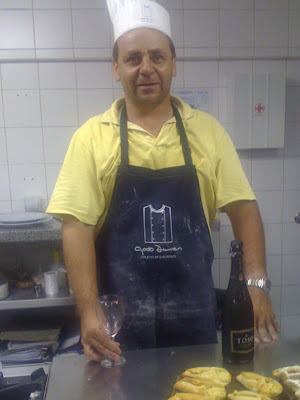 Juan Martin de Tucumán
Which kind of gets me thinking. It's one thing mincing around the world going to cooking schools, and another learning about their food. I need to tap into the Juan Martins of this world, get local intel, local secrets, to really make this work. I think the best thing to do is to throw everything into the Spanish for a month, and hopefully use the two that follow to really learn about the food.
And after that? Well there's always Mexico, and it's just a short walk from Texas…
Posted by Joe at 19:14